Willa Cather was a Pulitzer Prize winning novelist, who is best known for her depictions of the pioneer experience. Discover the synopsis, characters and significance of Cather's most well-known literary work, 'My Ántonia.' Updated: 08/25/2021
Create an account

My Antonia, written by Willa Cather, is one of the most recognizable stories of both immigrant and prairie life. Published in 1918, the novel is the last in what has been called Cather's Prairie Trilogy, consisting also of O Pioneers! and Song of the Lark. Set mainly in Nebraska, the author's home state, My Antonia is a kind of memoir - a young man's recollection of his childhood in the Midwest. Specifically, the narrator, Jim, focuses his first-person storytelling lens on the Shimerdas, a traveling immigrant family whose daughter Antonia becomes one of his most dear childhood friends. Structured into five sections, the novel follows Antonia from girlhood through motherhood in her life on the prairie. Immediately received as a masterpiece in writing and an innovation in story structure, this modernist novel holds a very unique place in the literary tradition of this country - one that highlights the very American concept of frontier living, independence and individualism through the life of a resilient immigrant woman. 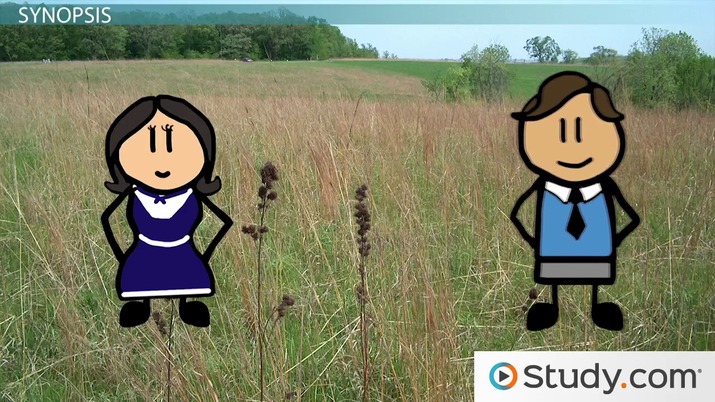 Coming up next: Kate Chopin: Biography, Works, and Style

The novel opens with some background given by a nameless female narrator. Basically, this narrator tells us that, growing up, she knew a young Bohemian immigrant girl named Antonia Shimerda. The narrator intended to write a story about this interesting girl (who came from the region we now know as the Czech Republic). After all, Antonia was worthy of a story. But we come to find out that the narrator believes that her friend Jim Burden would be better suited for the task. He knew Antonia better. So Jim writes a memoir focused on his life in relation to Antonia (and the remainder of the novel is this memoir).

Jim begins his memoir as a ten year old on his way to live with his grandparents in Black Hawk, Nebraska. Having just lost his parents, he is on his way to start a new life in what feels like, once he arrives, an empty place and a lonely land. It is on this train that he meets the Shimerda family - a family of six who are also traveling to Black Hawk and who end up being his grandparents' closest neighbors. Antonia, the eldest daughter, seems to know the most English, and it is with her that Jim quickly creates a bond. He finds her confident and spirited and, as their friendship grows, he admires her a great deal.

While Jim's childhood is full of the discovery and wonder of both the Nebraskan landscape and his new companion, he finds that his experiences with Antonia are grounded in a harsher reality. After dealing with a difficult time over the winter without much money or many connections, Antonia's father finds himself even more depressed and homesick. Sadly, he commits suicide. Antonia takes on more responsibility in the family and in the fields, which means when Jim goes to school, she does not - their lives begin to look very different. Jim and Antonia don't see each other as much.

By the time Jim reaches high school, he and his grandparents have moved off the farm and into town. Antonia is still working quite a bit. In fact, she is hired by a family in town to be a part of their housecleaning staff. This is where we are also introduced to Lena Lingard - a young girl who is also earning money for her family on a farm. The differences between Antonia and Lena and the other girls Jim knows from school are clear. Socially, Antonia and Lena are known as hired help, the working immigrant girls. But Jim's friendship is true.

Jim shows an outward interest in Lena, although Antonia's beauty is apparent to all. But it is only when Jim goes off to college at the University of Nebraska (and Lena eventually moves to the same town to pursue a career as a dressmaker) that a relationship between the two comes to fruition. This lasts until he decides he needs to make a change and he transfers to Harvard for his last two years of college.

After graduating, Jim returns back to his grandparents to visit. He hears of Antonia, who has been engaged to a man who basically leaves her at the altar. Antonia deals with the pain of rejection while covering up the fact that she is pregnant - this would have been a huge disgrace to her family. But she gives birth to a baby girl, resolved to care for her the best she can. While he is home, Jim decides to visit Antonia and is quite happy to find her the same resolute and spirited girl he once knew. He leaves with the promise that he will visit again soon.

But Jim does not visit again soon. In fact, twenty years pass before he sees her again. When Jim, who has become an attorney in New York City, finally returns back to Nebraska, he finds Antonia happily married with many children. Where he was once fearful that he would find his beloved Antonia weighed down in years and finally broken in spirit, he sees now that she is unchanged. The fact that she still resembles the girl he once knew, fiery and resolute even after much sadness, is the greatest possible outcome.

After sharing stories and laughter, Jim leaves with the promise that he will keep in touch. Jim feels at peace with the memories he shares with Antonia, the person she is and all that they've experienced together. The novel ends with a consideration of all that Antonia has meant to him.

So much of the beauty of My Antonia exists outside of a simple communication of the plot. Cather's poetic language, for instance, is what tells the tale of the beauty of the vastness of the Nebraska landscape - truly this is what makes this work so one-of-a-kind. She's able to relate the characters and their emotions to the physical setting in which they live. Certain aspects of the natural world make Jim reflective or thrilled or lonely. It is what he longs for and feels so a part of when he is away. And of course, as an older man, when he thinks of Antonia, he thinks of her in this world and in this place to which he feels so attached.

In a related way, the novel represents what life was in the United States at the time. That idea of the rugged frontier life was all a part of this time of discovery in the country and like Antonia, it took hard-working, resilient folks to tough it out. Interestingly enough, Cather presents the other side of this coin too, which is that the frontier life for immigrants might have been tougher because of a certain amount of prejudice. Immigrants like Antonia and Lena were not accepted as equals and would most likely not have the same opportunities (education, jobs, etc.)

Among other things, Antonia makes this novel remarkable. Think about it - she's a young girl who takes over her father's responsibilities. She works in the fields; she works in town. She earns money for the family. She is left by her love but is resolved to survive. She raises a child on her own. Truly, Antonia is the strongest character in the story - certainly typical gender roles do not apply here. This male's perspective (Jim) on the strength of a female (Antonia) ends with the title character as a happy mother and wife. She made it not because of opportunity but because of will and hard work. In a way, this is the greatest of American concepts with a little bit of feminism thrown in.

Finally, My Antonia is clearly a story of friendship and love. We get the friendship part, right? But what about love? And is it romantic love? Truthfully, that's hard to say. Cather sets up a relationship between Jim and Antonia in which Jim observes and admires his young companion. They grow up, and it is clear that there is mutual love, although it is unclear if it's romantic… although there are glimpses of it. Why be so vague about it? Maybe that's the point - that friendship is clear but romantic love is not clear at all (especially through those teenage years when emotion and desire get all mixed up). It's not just about articulating feelings, it's about identifying them, which is tough. From the beginning to the end though, we, the readers, know that they mean something to each other. And maybe that's the point.

My Antonia is Willa Cather's most famous literary work. The last of Cather's Prairie Trilogy, most readers remember the language in this story and the way that it captures the beauty and vastness of the physical landscape of Nebraska. With this as a backdrop, a New York City attorney (Jim Burden) recounts his relationship with Antonia Shimerda in a memoir. Antonia, a Bohemian immigrant, embodies all that fascinates Jim - a spirit and a will of a headstrong survivor. Although their lives change as they get older, their connection as friends remains. Jim is relieved that, throughout adversity, Antonia remains the same girl he knew and loved in childhood.

My Antonia gives the reader an understanding of the immigrant experience in a kind of traditional frontier setting. Although there were challenges for Antonia, it was her attitude and will that got her through. Again, a very American story with a female heroine (which makes it unique). And of course there are things that cross boundaries here - friendship and love. In the end, as Jim considers their last meeting together, it is this friendship and all of their shared experiences that make him feel content, despite their separate paths in life.

Upon finishing this lesson, you should be able to summarize and analyze Willa Cather's My Antonia

William Carlos Williams's Poems: 'The Red Wheelbarrow' and 'Landscape with the Fall of Icarus'

Lies & Lying in The Adventures of Huckleberry Finn

The Beautiful and the Damned by Fitzgerald: Summary & Analysis

Miller's Death of a Salesman: Summary and Analysis