Log in
Sign Up
for Working Scholars for College Credit
Try it risk-free for 30 days
Instructor: Adam Nystrom

Adam owns a Master's degree in Professional and Digital Media Writing. During his time as a graduate assistant, he developed lesson plans for upper-level English courses.

If you have a science project for third grade coming up, and you need an idea of what to do, take a look at this article. We'll show you a few great experiments that will leave your classmates entertained and educated.

Here's a classic one: at home, get yourself a raw egg and have your parents make a hard-boiled one for you to take. Once your experiment day begins, have all of your classmates spin the eggs on their side, and see if they can tell which is raw and which is hard-boiled. You can record your observations based on these ideas:

With two fully inflated balloons, rub a sock gently across one side of one balloon. Now you can amaze your friends by letting it stick to the wall, as the electrical charge will force it to adhere to the surface. After this is done, have your classmates do the same, but apply it to different surfaces in the room, while you record your observations:

For something different, secure some plastic wrap around a bowl with a rubber band. Once that is done, drop about half a dozen sugar cubes in the middle of the plastic. Ask each of your classmates to hold the bowl up to their mouth and say their name aloud. When they have done so, tell them to hum instead of speaking words. Note the following details:

Students can also look through the Science for Kids course if they get stumped in finding a project for their science class. This online course contains material in environmental science, geology, and many other areas of science that will not only be fun for kids to discover, but will provide a launching point for an experimental project idea.

You are viewing lesson Lesson 4 in chapter 5 of the course: 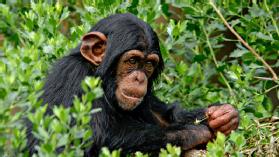 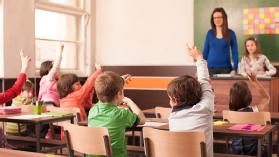