Roughly seven in ten NCLEX test takers pass their exams. The three-year average passing rate, for 2014-2016, was 70.42% for the NCLEX - RN exam and 68.92% for the NCLEX - PN exam. Pass rates vary widely between first-time and repeat test-takers, and between those who attended U.S. nursing schools vs. international nursing school students.

NCLEX Pass Rates for Candidates Educated in the United States*

NCLEX Pass Rates for Candidates Educated Outside the United States*

**2016 pass rates reflect only those exams taken between January and June.

How to Pass Your NCLEX

Candidates for the NCLEX - PN or NCLEX - RN should first visit the National Council of State Boards of Nursing (NCSBN) website, where they will find information about the content and structure of their test, including test-day requirements and an overview of the computer-adaptive testing system used for NCLEX tests. Along with understanding the testing experience, those preparing for the NCLEX - PN or NCLEX - RN may benefit from taking a comprehensive review course for the exam they plan to take. Study.com offers self-paced online prep courses for both exams, and each focuses on specific exam content. Both the NCLEX - PN Study Guide and Practice and the NCLEX - RN Study Guide and Practice courses include self-assessment quizzes and exams to help students measure their mastery of important concepts and to determine areas in which they need additional study.

While the NCSBN oversees NCLEX exams, each U.S. state, Canadian province, or country that uses NCLEX tests to determine licensure qualification has its own eligibility requirements for test takers. Examinees, therefore, should first check with the nursing board that oversees their region to determine if they are eligible to take the exam. If they meet requirements, U.S. and Canadian test takers must request an application to register for the exam to the appropriate nursing board. If determined eligible to take their exam, an applicant will receive an Authorization to Test (ATT) from the nursing board, after which they may schedule their exam through Pearson VUE, the testing company that administers NCLEX tests. 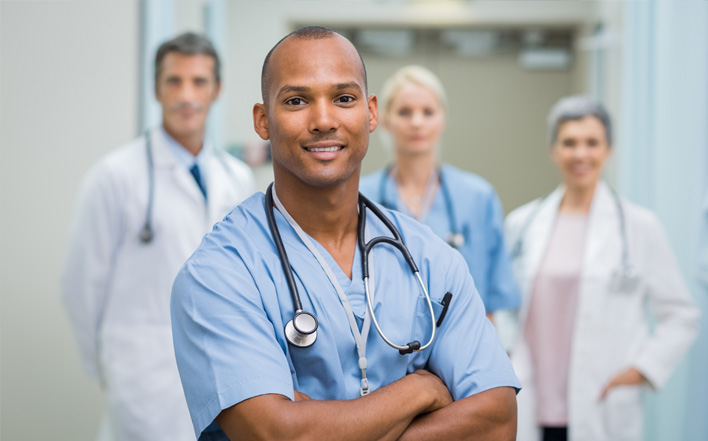 The NCLEX is an exam for aspiring nurses looking to prove their skills and knowledge. Students must pass this standardized exam in order to receive their nursing license.

Our NCLEX scholarship could be yours!