Log in
Sign Up
for Working Scholars for College Credit
Copyright
Try it risk-free for 30 days
Instructor: A Ray Tatum

A. Ray has taught junior high, high school and college English and has a master's degree in curriculum.

Redshirting college athletes is a way for coaches to give players more time to develop before getting on the field or court without having to lose any of their eligibility. Keep reading to learn more about why students might choose to redshirt and discover resources outlining the requirements for participation in collegiate athletics.

The National Collegiate Athletic Association (NCAA) requirements state that an athlete has 5 years (10 semesters) to complete 4 years of competition. The term has not been adopted by the NCAA, but coaches and college officials use 'redshirting' when referring to the practice of holding athletes from official competition for one season. Players still work out with the team, get conditioning, and receive academic tutoring, but do not actually begin using their eligibility until their redshirt year is over.

Redshirting is more than an extra year of eligibility. It is a decision to place a priority on being ready in the classroom and on the field. Redshirts have the opportunity to become better players, better teammates, and better students. However, whether or not to redshirt is a decision not to be taken lightly. Some of the reasons students might choose this option are outlined below.

Athletes at NCAA Division I and II colleges must register with the NCAA Academic Eligibility Center and prove that they meet high school coursework and GPA requirements before they can compete.

Starting August 1, 2016, players can apply for academic redshirts if they fall just short of these requirements. These students will become fully eligible during their sophomore year provided they earn high enough GPAs. However, keep in mind that most coaches do not like to recruit players who may not have the academic skills needed to become fully eligible.

Check out this lesson on Initial Eligibility Requirements to learn more about what's expected of college athletes and explore this lesson on NCCA registration to get step-by-step instructions for completing this process.

A Head-Start in the Classroom

Opting to redshirt also allows students to put two semesters of freshman core classes in language, science, and math behind them before taking the field or court and can help ease the transition from high school to college competition and academics.

Additionally, players who are blessed as scholar athletes and take full academic loads each semester can graduate in four years, allowing those who redshirt to apply their sports scholarships to graduate school while they're still eligible to participate athletically that fifth year.

Some coaches may suggest redshirting to athletes who need the extra time to develop their athletic skills and abilities. In some cases, a promising athlete may need some time in the weight room to beef up, learn proper nutrition, and take advantage of the extra year of maturation to build their bodies and minds.

In some instances, student athletes use the college ranks as a training ground to prepare for play in professional leagues. Granted, some incoming freshmen are blessed with the talent and ability to start as first-year athletes, then leave school early for the pro ranks and do well. But the vast majority of student athletes are better suited to take that fifth year in order to get better athletically, get their degree, and get a huge step up on their career, whether it's in sports or a professional position.

There are cases in which a player has been granted a redshirt season for an injury in pre-season practice or early on in the regular season. This must be okayed by the NCAA after applying for what is called a medical hardship waiver. However, an injury anytime during the season does not mean that an athlete will automatically be allowed a redshirt year.

You are viewing lesson Lesson 37 in chapter 4 of the course: 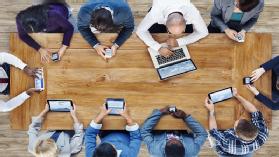