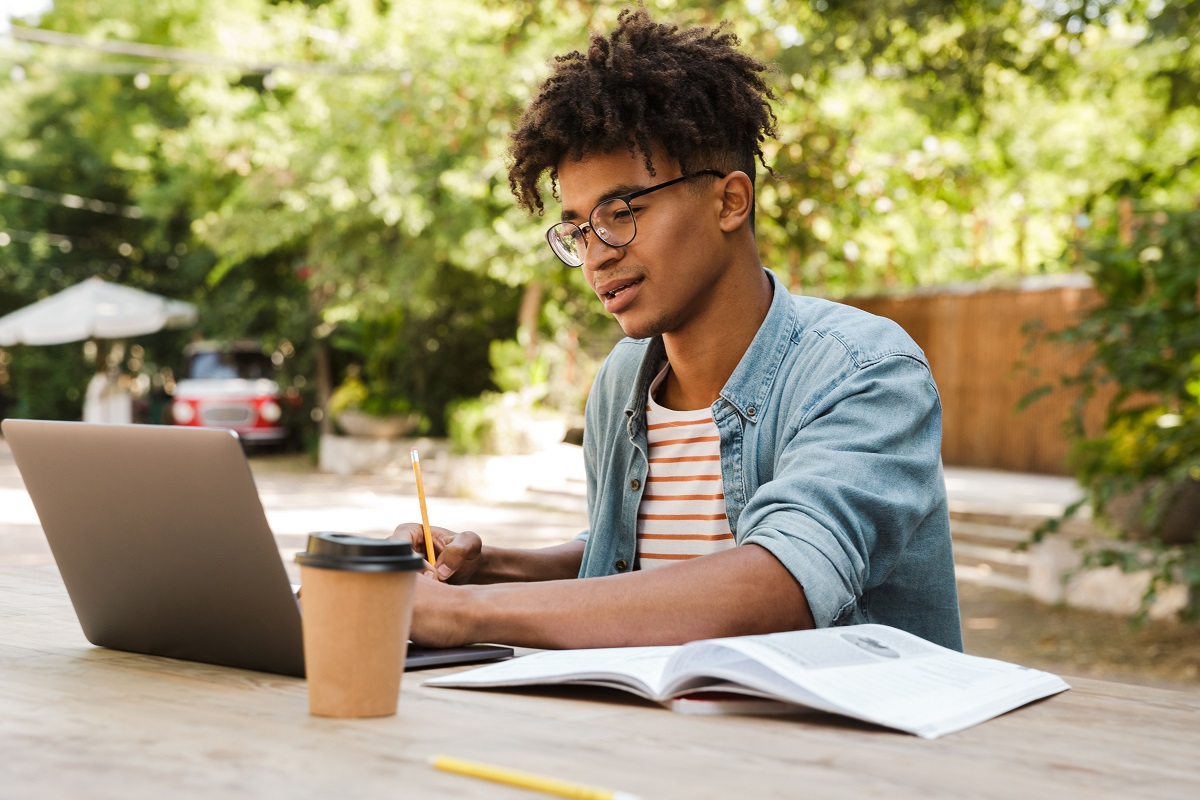 Do you learn best when you can visually see the information you're studying? If so, you might be a visual learner. This blog post offers five study tips made just for you and your strengths.

What You See Is What You Learn

Throughout your academic career, you might have heard of the concept of learning styles, which suggests that every person has a different way of learning that is most effective for them. The typical model identifies the learning styles as visual, auditory, read/write, and kinesthetic.

Visual learners in particular learn best through visual depictions like infographics, illustrations, and graphs. This is a common learning style. If you think you might be a visual learner, these five tips will help you prepare for tests as effectively as possible.

Depending on what you're learning, creating a visual aid for the concept or topic at hand can be tremendously helpful. For example:

The above are just suggestions. Take advantage of any way you can think of to represent the information you're learning visually.

Another way to visualize information is to do so in your mind. For example, let's say you need to memorize the names of the American presidents in order: Washington, Adams, Jefferson, Madison, and so on. Instead of just trying to memorize this list cold, try associating each name with an image, such as:

Once you've established these associations, try to recall them instead of the president's names. This will make them much easier to remember when you take your test.

One other way to visualize information mentally is to stage a little play in your head. This is best used when you're trying to remember peoples's actions, like the plots of books or key events in history. As you study this information, close your eyes and try to imagine it really happening. Make the characters as visually memorable as possible; they're more likely to stick in your brain that way.

If you're studying a list of concepts, try organizing this list using visual keys like different colored fonts, highlights, and underlines. Later on, when you're taking the test and trying to remember a certain concept, close your eyes and try to see where it was on your study sheet. If you can visualize what the information you're looking for looked like on your paper, you're more likely to remember it when you need to retrieve it.

Learning something in an environment similar to the one in which you'll be tested has been proven to help with recall. To that end, make an effort to study in an environment that's visually similar to the one where you'll take your test. For example, if your testing room (let's say it's your high school classroom) has red posters on the walls or big, high windows, try to find a place you can study with similar windows or put up red posters. That way, when you take your test, you'll feel a sense of comfort and familiarity.

To learn concepts with the aid of engaging video lessons, check out Study.com's course library of over 70,000 lessons.