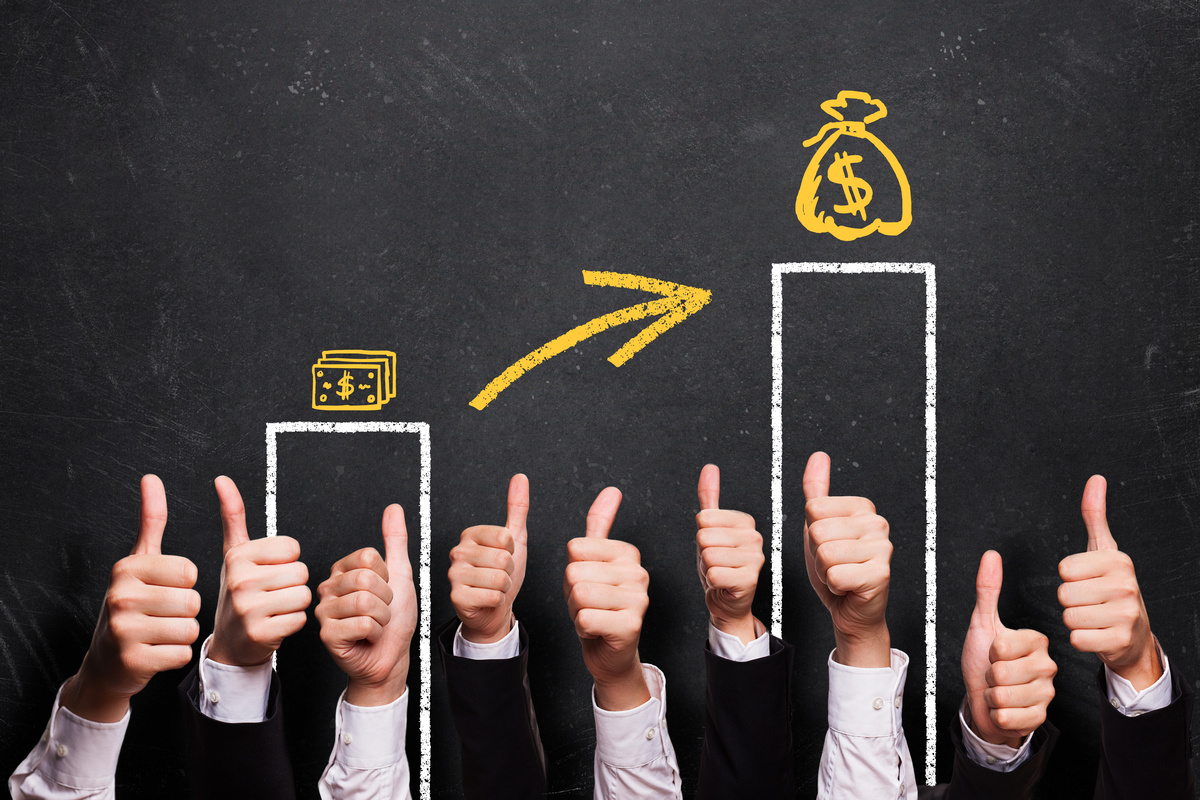 The job outlook for human resources professionals is an extremely encouraging one. Individuals working in this field can expect high earning potential, job stability, and rising salaries.

Are HR Salaries on the Rise?

When it comes to working in the human resources field, professionals have it very good in terms of current and future earning potential. A report from the Society for Human Resource Management (SHRM) determined that HR salaries increased 2.3 percent from 2015 to 2016.

This is slightly slower than the national average (which is right around three percent, according to the same report), but the relatively sluggish growth is tempered by the high salaries for careers in the human resources profession. According to the United States Bureau of Labor Statistics, HR specialists earned an annual mean wage of $64,890, while HR managers pulled in an annual mean wage of $120,210. A 2.3 percent increase for an HR manager earning $100,000, for example, means an annual raise of over $2,000.

To help you get a better idea of what you can expect to earn, let's take a look at some more in-depth salary information for HR professionals.

The above figures represent an average of HR jobs across the country. Naturally, the area in which you work will have an immediate impact on your salary as some states and regions are more lucrative for the profession than others. Though the national mean is certainly no small number, you can expect to earn significantly more than that by living in or moving to a state or region where HR professionals are in demand.

For HR managers, this may mean moving to the East Coast. Despite the high concentration of HR professionals, wages are not diluted; in fact, the opposite holds true, as the East Coast states are the most generous when it comes to salaries. The state of New Jersey, for example, doles out an annual mean wage of $157,110 to HR managers, a figure that is almost $40,000 more than the national average! The top four spots on the highest-salary list all belong to East Coast states; New Jersey is followed by the District of Columbia, ($149,170), Rhode Island, ($147,890), and New York ($142,720). The state of Colorado occupies the fifth spot on the list ($139,530).

HR specialists can expect to find a similar trend, as the District of Columbia, New York, Massachusetts, and Maryland hold four of the top five spots on the list of the top-paying states. California is the sole exception at #3.

This does not mean, however, that the East Coast is the only place where HR workers can find healthy pay. ''I'd say that working in or around a city is probably the best way to earn more,'' says Jenna Butler, who works as a Human Resources Manager in the Greater Chicago area. ''I came across plenty of good jobs in less-urban areas when I was looking, but the big money tends to come from the big companies and corporations, and they're normally in cities like Chicago, Detroit, or Cleveland.'' Fortunately for HR workers, there are plenty of major metropolitan areas across the country and high salaries are not limited to a single area.

In addition to certain locations, the company for which you work will also have a dramatic effect on your earnings.

For HR specialists, for example, the 'Pipeline Transportation of Crude Oil' industry was the most generous, with an annual average salary of $97,110. The other top four industries ('Other Financial Investment Activities,' 'Software Publishers,' 'Monetary Authorities-Central Bank,' and 'Pipeline Transportation of Natural Gas') were similarly lucrative, with each category offering annual average wages that were more than $20,000 higher than the national average.

HR managers tend to profit more in a slightly different set of industries. The highest-paying industries for this profession, in order, were: Monetary Authorities-Central Bank, Securities and Commodity Contracts Intermediation and Brokerage, Cable and Other Subscription Programming, Other Financial Investment Activities, and Computer and Peripheral Equipment Manufacturing.

HR professionals may therefore reap the greatest salary benefits from specialized energy, financial, communication and computer sectors. That said, opportunities in these fields are limited by a low number of total employees. HR specialists in 'Pipeline Transportation of Natural Gas', for example, only comprise 30 individuals!

In addition to earning extremely competitive salaries, professionals in the HR field can also expect a strong sense of job security for the next decade.

From 2014 to 2024, the BLS predicts the creation of 22,000 new human resources specialists jobs, or a five percent increase. This demand is due to increasingly complex employment regulations and healthcare laws, which will necessitate the addition of new HR professionals.

Human resources managers can expect an even more favorable job future during this same period. Though the field intends to add a mere 10,800 new employees, this represents a nine percent increase, which is noticeably higher than the national average for all professions. This uptick is caused by the same reasons as the growth of specialist positions: new laws such as the Affordable Care Act require companies to remain compliant, and HR managers play an instrumental role in keeping these policies in line.

Both of these numbers are as fast or faster than the national average for all professions, which makes HR one of the most stable fields you can enter.

If the healthy earnings and impressive job stability have you considering a career in HR, you may be pleasantly surprised to learn that entry-level requirements are not especially strict when it comes to finding a job in human resources. In order to become an HR specialist, all you'll need is a bachelor's degree, such as a Bachelor of Science in Human Resources. You can further bolster your resume by earning professional certification or completing an internship, but these steps are not required. This step-by-step career guide provides a detailed roadmap for establishing yourself as an HR professional.

To become an HR manager, you'll first need to acquire some work experience. According to Payscale.com, 74 percent of HR managers have at least five years of experience. As mentioned above, experience also has a positive effect on income, as more experienced professionals generally earn more money.

You can acquire this experience in a variety of ways. Most managers begin as HR specialists before eventually earning a promotion to a more senior position. Managers who don't come from an HR background almost always have managerial experience in a different field. Professional certification is also available at this level and makes for a good means to prove your merit; though it's not usually mandatory, some employers prefer or require certified candidates.

Whether you're already working in the human resources field or are looking to break into the profession, there are plenty of courses and lessons available online that can help you prepare for licensure exams, earn Continuing Education Units (CEUs) or just keep your skills sharp for the day-to-day job. Examples of courses and lessons include: