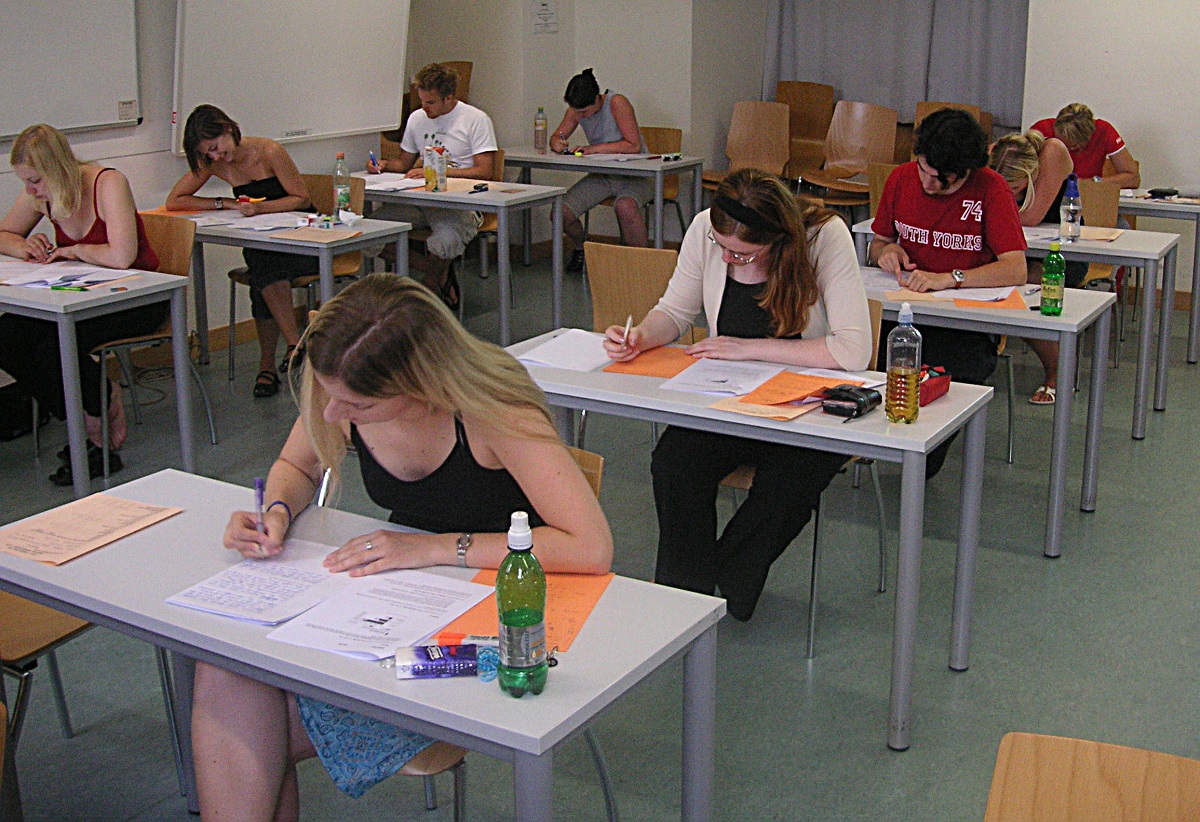 The teacher shortage in America will only continue to grow in the coming decades. While there are many issues feeding the teacher shortage, more difficult testing is a significant challenge for school districts across the nation.

The US Teacher Shortage

In America, there are not nearly enough professional teachers to fill classrooms. Every state and school district faces teacher shortages, often in the areas of science, math, and special education. Colleges face falling enrollment in teacher education programs and more rigorous state testing requirements for new teachers to assure that they are 'highly qualified' to teach their subjects. Finally, once we manage to get teachers into the classroom, they are faced with the overwhelming task of trying to get their students to be successful on a variety of challenging state tests. So is tougher testing to blame for teacher shortages? Yes, but perhaps not exactly in the way you might think.

To be a teacher, there are a lot of hoops you have to jump through. You have to complete courses in teaching pedagogy and education law, take appropriate content-specific courses for the subject you want to teach, complete many hours of student teaching, and then pass a series of tests to prove you know your stuff. While the tests would seem easy after completing all that, the reality couldn't be farther from the truth.

To start with, most states require students in teacher education programs to pass the Praxis Core exams early on in their programs to verify reading, writing, and general teaching knowledge. In 2015, the New York Times reported a first-time pass rate of 55% for Caucasian test-takers on the new math test, and the pass rates were significantly less for Hispanic and African American test takers. This is just one of many tests college students have to pass to become teachers. After the 'Core' exams, they will still have to pass a test in pedagogy specific to the age range on their license, as well as content-specific tests in their subject area. States claim that the rigorous testing is to assure that teachers are well-qualified to be in the classroom and can therefore have a greater chance of success.

However, these teacher certification tests may be deterring people from even entering teacher education programs. A 2016 report by the Learning Policy Institute showed that while the demand for teachers will only continue to increase in the next decade, the pool of qualified teachers is steadily declining. The study found that between 2009 and 2014, enrollments in teacher education programs dropped 35%.

Coupled with increasingly difficult qualification requirements, people simply aren't seeing teaching as a viable career path anymore. Many avoid the career for the same reasons that established teachers are leaving the profession. Stagnant teacher salaries, larger classrooms and student loads, lack of support from administration, and lack of resources in their classrooms are among some of the reasons teachers and prospective teachers are fleeing classrooms. While teacher testing alone isn't driving teachers away, it is part of a bigger picture wherein teachers are facing increasing stress and diminishing career fulfillment.

Tougher Tests for Students Too

Standardized testing for students may also be playing a major role in the teacher shortage.

The Common Core Standards changed the face of testing in American classrooms. In states that adopted Common Core, testing switched to new national normed tests such as Smarter Balanced and the Partnership for Assessment of Readiness for College and Career, or PARCC. Some of these tests introduced new requirements, such as timed tests, into the national standardized testing system. These tests also brought a new wave of 'test-driven' pressure onto teachers. A 2014 National Educators Association survey found that among 1,500 teachers, 72% felt moderate to extreme pressure to improve test scores.

Now factor into this one other dimension to the problem. More and more states are making student performance on standardized tests part of a teacher's evaluation process. In fact, a 2015 report from the Education Commission of the States found 43 states linked a teacher's evaluation to their students' test scores in some way. Now, imagine you are a teacher who works in a low-income school. A significant number of your students can't read, write, and do math at grade level. You are expected to teach Common Core math standards, in spite of the fact that your students lack the basic math skills they need to even attempt learning Common Core. Now your state tells you, on top of everything else, that your evaluation is going to be linked to a test your students take. How would you feel about that? You would probably be among the 45% of teachers the NEA reported in 2014 as considering leaving teaching over standardized testing.

Tougher Tests on Both Sides Are Driving the Teacher Shortage

Testing is a double-edged sword driving the teacher shortage in America. On the one hand, we are making it harder to get teachers into the classroom in the first place. Aspiring teachers must pass a sleuth of challenging, rigorous tests to achieve certification. The tests are costly to take and most boast less-than-inspiring pass rates. Teacher certification testing may be one factor deterring college students and graduates from entering the profession.

Then throw into the mix the increased testing requirements on our students. Now, don't get me wrong. As teachers, we understand that standardized testing has a role in our classrooms. We understand that there need to be some benchmarks to measure growth and retain some degree of 'quality control' over education. However, the increased pressure of state and federally-mandated quality control is impacting the ability to get teachers into the classroom and keep them there. Student standardized testing requirements make teachers feel as if they have to teach to the test instead of their subject areas.

As qualifications for teachers increase, it's logical to afford them greater autonomy and improved working conditions. Otherwise, the teacher shortage in America will continue to be a major issue.