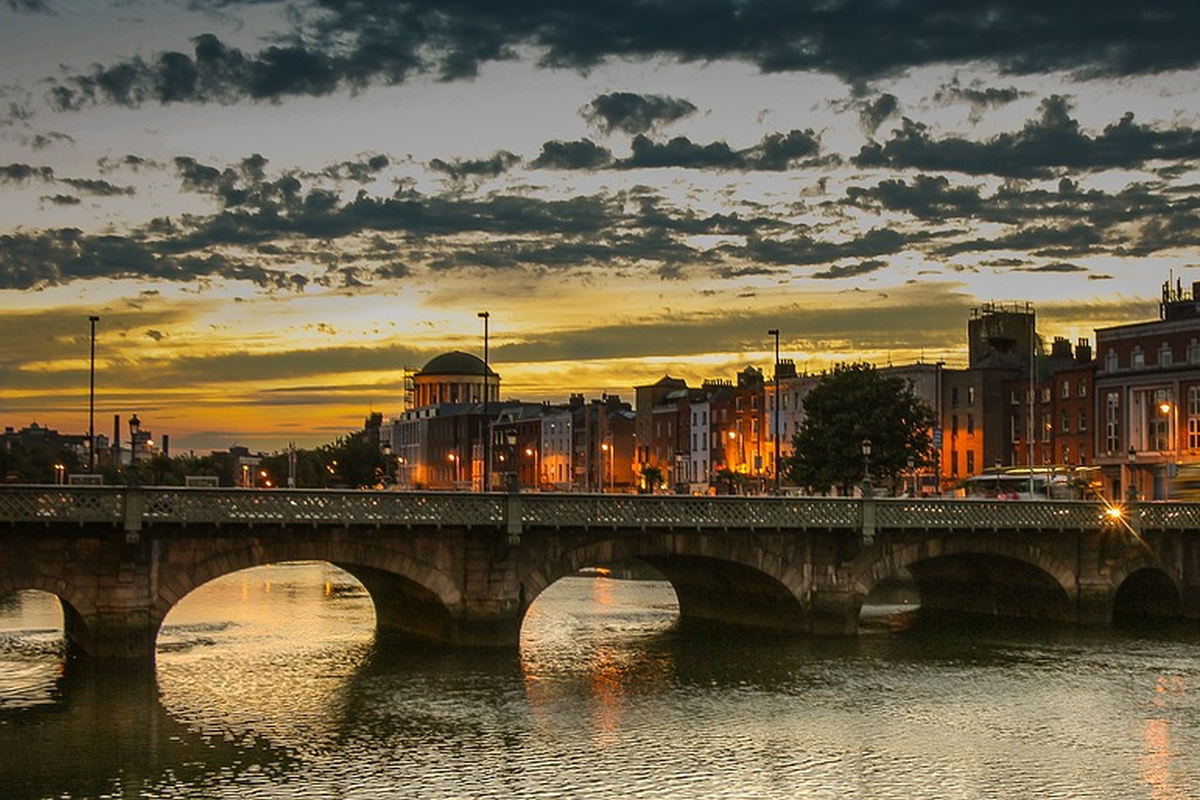 James Joyce's epic work, Ulysses, has inspired readers for decades. Find out why the week of June 16th is so special to Ulysses fans all over the world.

Unlike many novels that span weeks, months, or years, Joyce's epic takes place entirely on June 16, 1904. This was the date of Joyce's first romantic outing with his muse and future wife, Nora Barnacle. June 16th is now known as Bloomsday.

Ulysses roughly parallels the Greek myth of The Odyssey. Fittingly, Ulysses was the product of a long and arduous literary journey.

The Writing of Ulysses

Dublin is centrally important to Ulysses, yet the novel was not written there. Joyce started writing it in 1914, ten years after his last permanent residence in Dublin.

Even as Ulysses was being serialized, its morality was being questioned. In fact, the New York Society for the Suppression of Vice made a legal complaint against The Little Review on September 20, 1920. This resulted in copies of the serial being confiscated by the Post Office. The copies were burned due to lewd language.

The novel was finally completed in 1921. The next year, a Parisian firm published Ulysses in its entirety.

The characters in Ulysses were drawn vividly and still resonate with readers today. While Ulysses features an extensive cast of supporting characters, there are three who dominate the book:

A Distinctive Work of Literature

Aside from its larger-than-life characters, Ulysses is a notable early Modernist novel. It uses techniques such as stream of consciousness narration to give readers direct access into the minds of the characters. This often reveals intimate, unsavory— some might say obscene— moments in their lives.

Poetry and imaginative language paint a detailed picture of a single Dublin day. The parallelism with The Odyssey is sometimes so abstract that Joyce gave his own friends notes to help them understand the connection between the two literary epics. So how did the tradition now known as Bloomsday spring forth from this controversial work, and begin to take root?

If you happen to be in Dublin during the week of June 16th, you might see groups of people in Edwardian dress taking a walking tour through the city. These people in vintage costumes are celebrating Bloomsday.

Bloomsday is partly a reenactment of scenes from Leopold Bloom's day, as portrayed in Joyce's novel. A Joycean pub crawl is usually part of the route. Local actors often portray characters from selected scenes in the book. Interviews with Joyce experts, poetry readings, musical performances, and cultural offerings round out the festivities.

How Did Bloomsday Start?

Bloomsday as we now know it started in 1954. Fifty years after the events chronicled in the novel, John Ryan (an artist and founder of Envoy literary review magazine) and Brian O'Nolan (a novelist and playwright who wrote in both English and Irish Gaelic) organized a Ulysses-centric tour of Dublin starting at Joyce's Tower in Sandycove, where the book begins. They also designated several members of their group to represent characters from Ulysses. These traditions are still followed in modern Bloomsday celebrations.

Cut short by the extreme drunkenness of its participants, the original Joycean tour of Dublin was abandoned midway through. Nonetheless, the first Bloomsday celebration can still be considered a success.

Over half a century later, the world is still intoxicated by the mystique of Ulysses. Dublin, an important literary city, gets much recognition for its association with Joyce's work.

Bloomsday is still rooted in Dublin, but it has branched out to other lands. Many of these countries, such as the United States, Canada, and Australia, have a significant Irish immigrant heritage. Italy, France, and Hungary— all places with connections to James Joyce's post-Ireland odyssey— now host their own Bloomsday celebrations. Karl Whitney ruminates on this phenomenon in his article, ''It's Bloomsday All Over the World!'': Joyce's Ulysses is utterly Dublin-specific, yet somehow universal.

Bloomsday festivals outside of Dublin are similar to Dublin's Bloomsday, but with some adaptations, like featuring historic Irish immigrant communities in lieu of Joyce's Dublin. One of the largest Bloomsday festivals in the world, Festival Bloomsday Montréal, focuses their walking tour on working-class, Nineteenth-century Irish neighborhoods such as Griffintown.

These festivals usually incorporate other Irish cultural presentations and activities, in addition to lectures about Joyce and his work. Participants can also knock back a few pints at the pub while enjoying dramatizations from Ulysses along with their Irish stew.

Bloomsday, the Living Legacy of Ulysses

Ninety-five years after the publication of the novel Ulysses, a decades-old tradition of Bloomsday festivals continues to introduce Joyce's famous work to new audiences. Literature comes alive as festival-goers walk a day in the life of Leopold Bloom…connecting to culture, to history, and to each other.