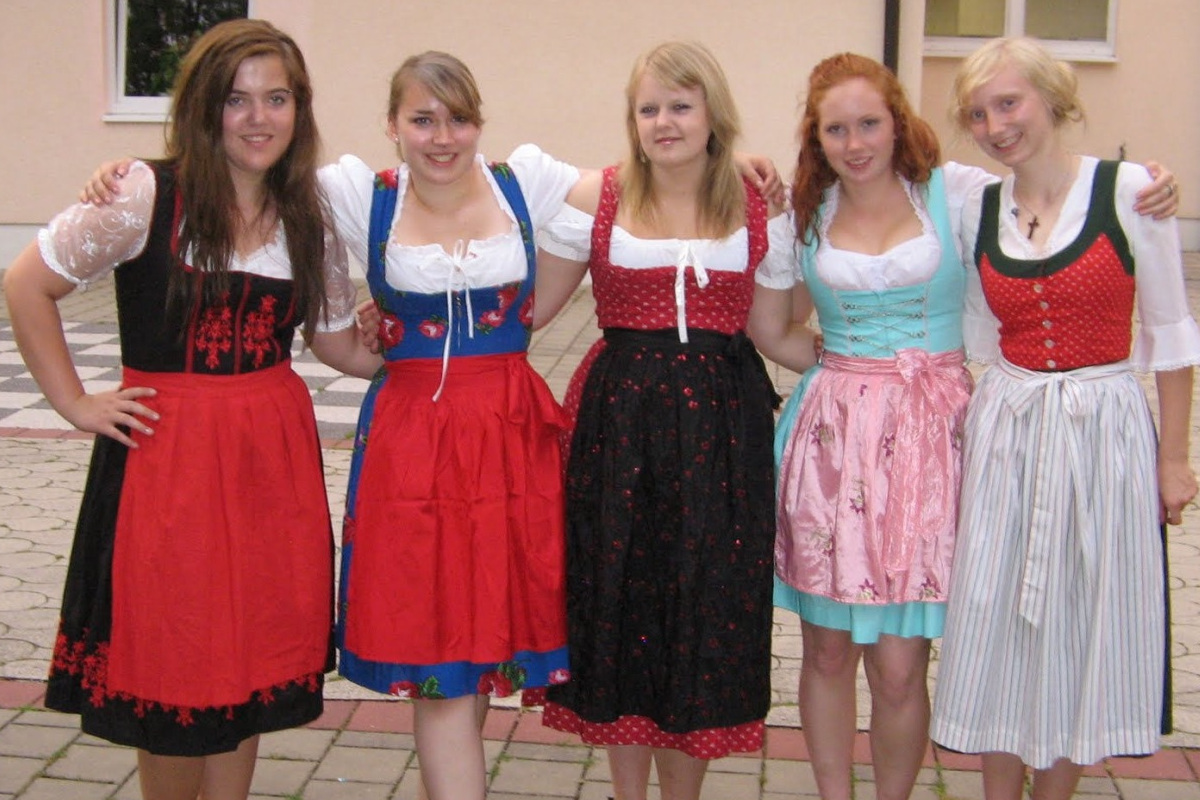 Oktoberfest looms large as an image of German culture: Its traditional costumes, swinging beer steins, and lively music are known around the world. But for all its notoriety, Oktoberfest's origin might surprise you.

Considering the time of year when Oktoberfest is held, it's only natural to think of it as a harvest festival. In fact, the first Oktoberfest feted a royal wedding: When Crown Prince Ludwig married Princess Therese of Saxony-Hildburghausen, the public was invited to enjoy the celebration. For over 200 years, with the exception of the 1813 hiatus caused by the Napoleonic Wars, Oktoberfest has grown into the largest festival in the world.

Traditionally, Oktoberfest lasts 16 to 18 days. The first Sunday in October marks the closeout of the Oktoberfest. Although most of the festivities take place in September, the festival's name refers to Ludwig and Therese's wedding date—October 12, 1810.

Appropriately enough, Oktoberfest is held on the grounds of Therese's Meadow in Munich, which was named in honor of the bride, Princess Therese; Theresienwiese, as it is called in German, inspired the local nickname for Oktoberfest: die Wiesn.

Horse races closed out the original Oktoberfest. The horse races lasted for a century and a half, from 1810 until 1960. A parade, added in 1850, became a permanent part of the Oktoberfest. And even though Oktoberfest is not a harvest festival—in fact, it is primarily a beer festival—an agricultural show is included in the festivities every four years.

Attendees at the modern Munich Oktoberfest are free to wander between large gathering halls sponsored by various companies—often by breweries. Although these structures are called ''tents,'' they are semi-permanent buildings, which take months to set up on the fairgrounds. Each has its own attractions, including sports competitions (such as the German Championship for crossbow, held in the Armbrustschützenzelt tent).

All of them are filled with the Bavarian food, drink, and camaraderie that is best described in its own language.

If you attend Oktoberfest in Munich, or even a local Oktoberfest, knowing these basic words and phrases will enrich your cultural experience.

To test your knowledge of Oktoberfest vocabulary, try an associated quiz. And if your travels take you beyond Oktoberfest, these German phrases for tourists will come in handy. To delve deeper into German culture, look over a list of untranslatable German words.

There's even a local delicacy, Steckerlfisch—literally, fish on a stick—which should not be confused with fish sticks of the breaded variety.

Das Bier is the quintessential Oktoberfest beverage. As the centerpiece of Oktoberfest, the beers served must meet exacting standards. They must be at least 6% alcohol by volume, brewed in Munich, and contain only sanctioned ingredients.

Only about a half-dozen breweries are qualified to make beer for the Oktoberfest. A few German words will add to your enjoyment of these special brews:

Close your eyes for a second and try to conjure an image of traditional German costumes. Did you see leather breaches and suspenders for the men? Were the women wearing dresses with full skirts topped by aprons, featuring a laced-up or buttoned bodice with a white, flowing blouse underneath?

If so, you've just pictured Lederhosen and Dirndl. These garments were clothing for the working-class people of Bavaria—circa the early 19th century, when the festival originated. And they are still worn by many merrymakers at Oktoberfest today.

What many people call ''Oom-pah'' music—with its distinctive, tuba-driven rhythm—is traditionally associated with Oktoberfest. But ''Oom-pah'' music is only one among many kinds of music played at the Oktoberfest in Munich. You might hear American pop, brass bands, electronica, polka music…or sweetly sentimental, peppy Schlager musik. Regardless of the style, music enlivens the festive atmosphere.

Prior to six o'clock in the evening, the air is filled with mostly instrumental Blasmusik (brass-band music).

About every twenty minutes, the traditional song ''Ein Prosit'' (''A Toast'') is played—reminding revelers that it's time to raise their glasses once again.

Oktoberfest around the World

As you enjoy your Bier and Brezel at Oktoberfest, relax into the convivial atmosphere enhanced by your fellow festival-goers, and embrace the friendly spirit of Gemütlichkeit—a feeling of coziness, social belonging, and well-being.

And no matter where you celebrate Oktoberfest, proudly lift your beer stein and say, ''Prost!''—knowing that you are helping to carry on two centuries of Bavarian tradition.