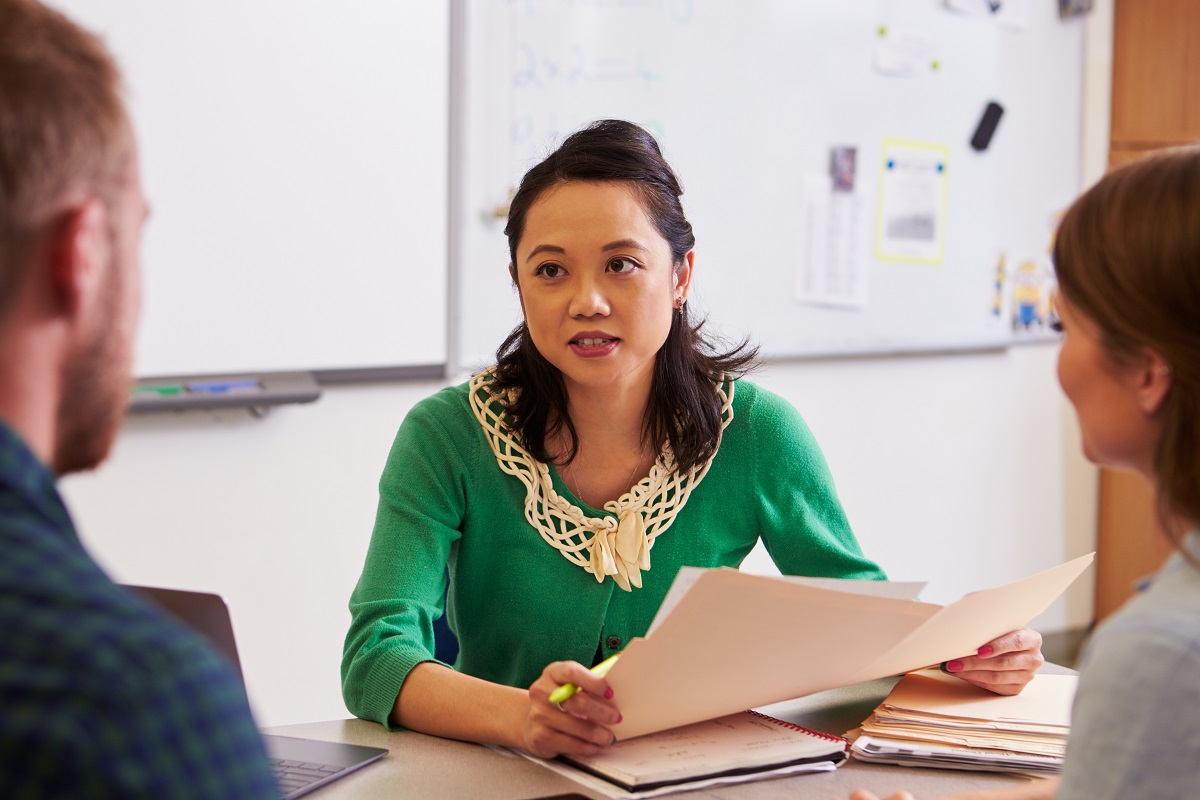 From news stories about students bullied at school, we've learned that their parents want to know how teachers and schools are handling it. If you're a teacher in this situation, here's what you can tell them.

'Our nation's schools should be safe havens for teaching and learning, free of crime and violence' is how the government's latest report on education in the United States begins.

A particular form of school violence stems from bullying. And for the past decade, schools have been winning the fight against it: statistics reported by the National Center for Education Statistics show a seven-point drop--from 28 to 21 percent--in the number of students who reported being bullied at school from 2005-2015.

The success comes from enlisting the help of all school staff, particularly teachers whose training now largely centers around the mantra that 'safety starts in the classroom.' Watching out for bullies, including all students, and speaking positively are common ways that teachers nationwide are creating safe classrooms.

But if, despite your efforts, a student does fall prey to bullies, his parents will come to you for answers. To help you prepare for such a situation, we at Study.com asked bullying experts for advice on how you can meet this challenge.

Preparing for the Parent-Teacher Talk

Your preparation for that talk should begin long before a bullying incident arises. It should start with knowing these federal, state, and local resources:

Even more critical, however, is knowing what role is expected of teachers in your district. For example, we learned from speaking with Rene Rovtar, Ed.D., superintendent of schools for Montville Township, N.J., that not all schools encourage classroom teachers to take the lead in reaching out to parents.

The approach in her district, said Dr. Rovtar, is 'less centered on the teacher and more focused on the school counselor' who determines how the district handles specific incidents and manages the school's communication with parents.

If you're in a district like Montville Township, which employs anti-bullying specialists in every school building and an anti-bullying coordinator, you must first consult with these personnel before engaging parents.

Since the first day of school, you've followed every guideline to make your classroom a bullying-free zone. So you're surprised when a parent calls to tell you her daughter's classmates tried to break her glasses. How do you respond?

Bailey Lindgren of the PACER National Bullying Prevention Center suggests you first listen with empathy so parents know they've been heard, then explain your classroom safety strategies. 'As an educator,' Lindgren said, 'if a parent comes to you sharing their child has been bullied, you can work with them to keep the child safe at school.'

But what if the parents don't even know about the incident? What if it happened in the classroom right under your nose? Don't even think about ignoring it, says Michael B. Greene, Ph.D., senior fellow at the Rutgers University School of Criminal Justice: 'If a teacher has observed that a child has been the target of bullying, the teacher should explain the circumstances of the incidents...' to the parents.

Showing empathy and honesty might prevent you and the district from blame. Consider, for example, this April 2017 story out of Perry, Maine.

When 8-year-old Eric Scribner's classmate punched him, his mother decided to end the string of bullying episodes he'd endured. But Kaitlyn Scribner's initial contacts with the school left her so frustrated that she publicly called out the superintendent for failing to act. When Scribner later spoke about the incident to a local news outlet, she placed some fault on district teachers, saying they 'need to start caring and listening more.'

Explain (Thoroughly) How You Will Respond

You might have no idea how parents of a bullying victim will react to a situation, but you can count on them wanting to know how you will prevent it from happening again. This means you fully explain how you manage your classroom to make students feel safe.

Tell them, for example, how you:

'If your school has a policy on bullying prevention, share this with them,' says Lindgren, 'as it can help with next steps.'

Suggest That Parents Engage Their Children

Those next steps are to engage parents--and ultimately their children--in the district-wide effort to stamp out bullying for good. Remember this: even if parents never step into your classroom, their behavior at home does influence how their children act in school.

Teachers can begin the engagement process by suggesting parents talk to their child about bullying in general rather than asking if they've been victims.

'Listening is more important than talking,' said Dr. Greene. And because many bullying victims, out of shame, prefer to hide their experiences, Dr. Greene suggests teachers share with parents these proven methods for getting their kids to open up:

It's a strategy embraced by PACER's National Bullying Prevention Center. 'Bullying can end,' said Lindgren, 'but that won't happen unless students, parents and educators work together and take action.' PACER has designed a Student Action Plan that teachers and parents can use to engage all children--both those who bully and those who are bullied--in responding to bullying episodes.

As a teacher today, you're keenly aware that even a 21 percent incidence rate of bullying is too high. No doubt, you stand behind the U.S. Department of Education's zero tolerance policy for any violent behavior on school grounds.

And that's why experts like Wendy Baron, chief officer of social and emotional learning of the New Teacher Center, encourage teachers to keep the lines of communication with parents open. When teachers talk with parents about bullying, says Baron, they 'become partners in helping children develop appropriate social and emotional skills and behaviors to prevent bullying that are reinforced at home and at school.'

Learn more about bullying and access additional Study.com resources about it here.