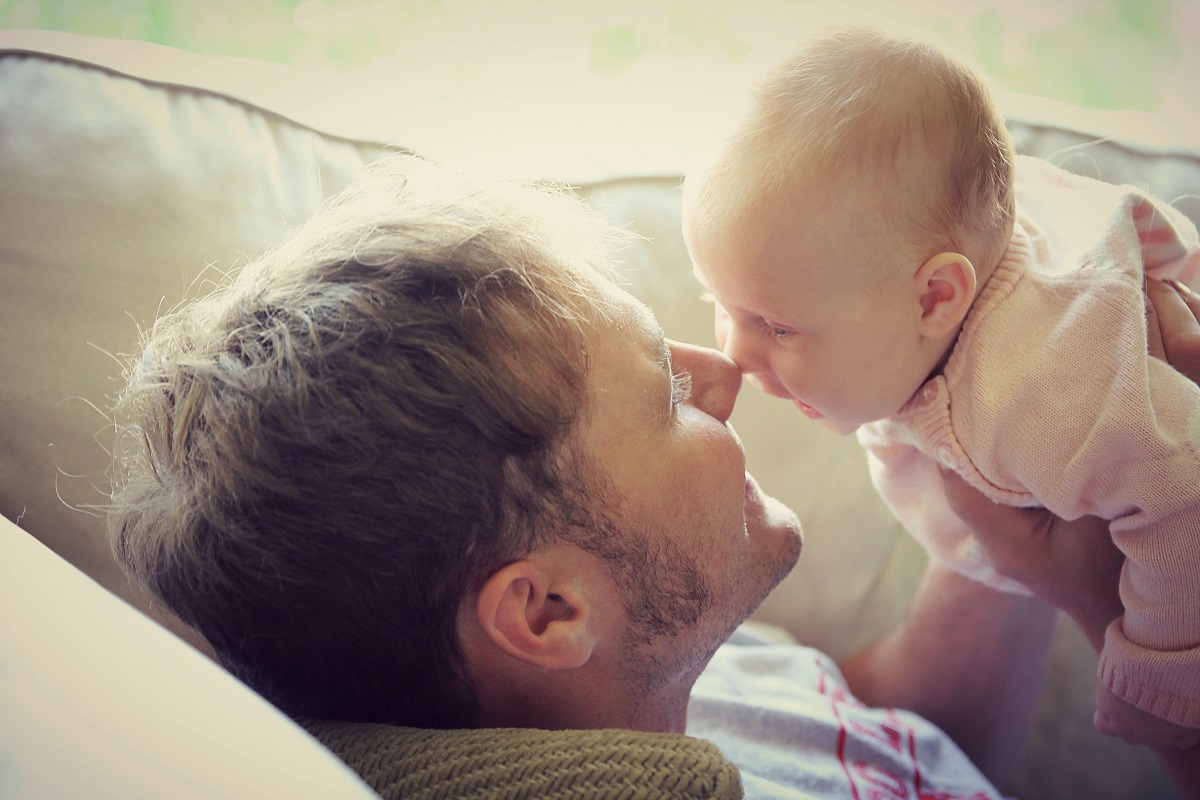 If fathers didn't exist, a holiday in June isn't the only thing we'd be missing out on. Kids would be growing up without the structure and, yes, nurturing that fathers are uniquely suited to give.

He dominated America's iconic nuclear family for years. The bread-winning dad who spent evenings after work glued to the TV or his newspaper while mom tucked the kids into bed.

Flash forward five or so decades and dads all over the United States are doing more for their families than driving the van during summer vacations and grilling hot dogs on Fourth of July. They're knee-deep into everyday family duties: prepping meals, folding laundry, shuffling kids between after-school activities, and even taking paternity leave from their jobs to care for newborns.

What's more, dads are breaking out of traditional roles: many are divorced, some never married, and others are raising children with their gay partners.

This Father's Day, we're exploring the shift in fatherhood and all the good things it's brought.

Typical families after World War II had fathers going out to earn a living while mothers stayed home to mind the kids. And for decades, 65% of America's children were raised in that type of household, according to research by sociologist Philip Cohen at the University of Maryland.

For one thing, moms entered the workforce and never left. Data from the Pew Research Center show that in 1975, 47% of mothers with children under age 18 worked outside the home. By 2015, the number had climbed to 70%.

Another change is in family living arrangements. Statistics from the U.S. Census Bureau bear out: while 88% of American children in 1960 were living with both parents, only 69% were doing so in 2016. And while the second most common living arrangement is children living with a single mother, the number of children who live with a single father increased during that time, from 1% to 4%.

Changes happened within the home as well. Parental roles began to overlap. Pew Research Center data has noted that in 2011, fathers were spending up to 7 hours a week on kid care and 10 hours a week on housework. Those numbers were up significantly from 1965 when dads spent about 2.5 hours a week caring for children and 4 hours a week doing household chores.

If this new model of masculinity has negatives, no one's talking about them. Most of the dads who responded to a Pew Research Center survey in 2015 admitted that balancing work and family is challenging but worth the effort because being a parent helps define them.

And the enhanced parenting roles dads have taken are improving kids' lives, according to research gathered by the National Fatherhood Initiative. Just look at what can happen when kids don't have father figures. They're more likely to:

But Can They Nurture?

Dads might be doing more to help raise the kids, but is nurturing the parent-child relationship in their DNA?

Absolutely it is, says numerous studies over the past two decades. These studies show kids performing better in school and adapting well in society because a positive male role model has influenced them. That's true whether he's a biological father, stepdad, or responsible adult living in the same house.

Men are even capable of forming the attachment with their offspring so crucial during infancy and early childhood. Research findings reported in a June 2016 article in ''Pediatrics'' found fathers to be as capable as mothers of showing emotions when interacting with babies and young children.

Sure, dads differ from moms when it comes to parenting style. Moms tend to hold hands and dads want to get at solutions.

But that difference doesn't concern therapist Lauren Muriello, founder of Well Being Therapy Center. In fact, Muriello encourages fathers to show their more direct parenting style and to join her as she counsels their kids and teens. ''It's usually the moms who bring the child in for therapy,'' Muriello told us, ''but too often we don't see therapy shifting in the right direction until dad gets involved.'' More important than solutions is dad's concern, Muriello said: ''When a father talks openly about his child's problems, that child benefits not only from dad's advice but from knowing that dad cares.''

Therapists like Muriello aren't the only healthcare providers to value fathers who show interest in their child's care. So does the American Academy of Pediatrics (AAP). In 2016, the AAP highlighted father involvement as a key indicator of healthy development at all stages of childhood and outlined 14 ways for pediatricians to involve dads in primary care.

If only the family courts could be as grateful as therapists and doctors are for dads who share parenting duties, said Dr. Ned Holstein, founder of the National Parents Organization (NPO). Holstein is referring to what some have called ''father bias,'' or the age-old tendency of judges to grant mothers sole custody of children after divorce.

Holstein has spent the last 20 years advocating for shared parenting. But the courts continue to push back. ''In two decades, custody statistics have barely budged. More often, moms get sole custody,'' Holstein told us in a recent interview. His NPO continues to fight so children of divorce can have the love and nurturing of both parents.

The lessons fathers teach and the impressions they make don't always fit into standard formulas, as literary greats like Ernest Hemingway, Alan Paton, and Mark Twain have shown. All three authors wrote about fatherhood but in different ways.

Hemingway's character, Nick Adams, didn't need a holiday to remember the man who taught him how to hunt. Nick goes through life consumed by his father's memory, which pops into his head even as he performs one mundane task after another.

In Cry, The Beloved Country, Alan Paton's character Absalom did not share his father's traditional values and broke free from his constraints. When the two reunited over a personal tragedy, Absalom's dying wish was for his father to never leave him.

Mark Twain's The Adventures of Huckleberry Finn hit different notes. Huck's father, Pap, is a loathsome creature who abuses his son. Pap's cruelty reminds us of a harsh but true fact: it takes more than sharing the same genes to make a father. Although good parenting demands sacrifice and commitment, its lessons can last a lifetime.

This Father's Day, how will you thank the father figures in your life for the difference they made?