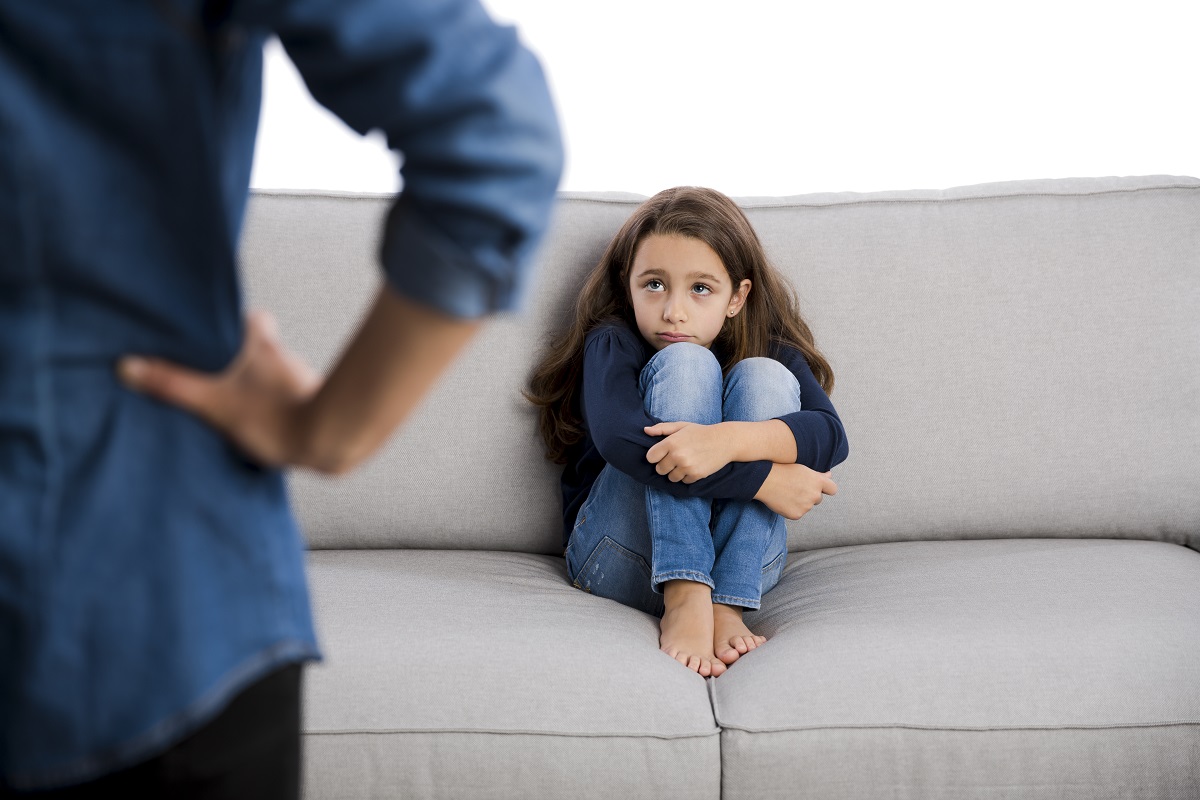 It's really no secret that spanking has been a controversial topic for quite some time now - decades, in fact. Today we'll take a scientific look at what spanking can do to a child's brain and behavior.

Spanking by the Numbers

Many parents have been there: their child acts up or does something cringeworthy, and they contemplate a swat on the behind as a way to discipline and teach him or her a lesson. But how many of those parents actually stop and think about what that spank may do to their child's brain and behavior in the long run?

Following the analysis of a 2014 national survey on parent attitudes toward spanking, Child Trends found that 76% of men and 65% of women ages 18-65 believe that kids occasionally deserve a ''good, hard spanking.'' The survey also showed that from 1986 to 2014, the percentage of women who believe in spanking dropped from 82% to 65%, while the number of men who agree with the practice has remained relatively steady since 1991 (ranging from 73% to 78%). These numbers tell us that although spanking has become more controversial, the majority of adults in the United States still agree that it is an acceptable punishment when kids are out of line.

However, research increasingly shows that spanking can have negative effects - both psychological and behavioral - on its young recipients. In fact, a 2016 Journal of Family Psychology report states that spanking is ineffective at improving problematic child behavior and is known to increase the possibility of 13 different detrimental outcomes.

Whether you spank your children or not, it's good to be aware of the effects that it can potentially have on them. Let's take a closer look.

Spanking and the Brain

When it comes to spanking's impact on the brain, it might be more serious than you think. Harsh corporal punishment (HCP) - including spanking - has been shown to reduce the amount of gray matter in the brains of adolescents who were subjected to repeated episodes. Gray matter is the connective tissue found between brain cells that is essential for proper brain development and functioning. It plays a very important role in many brain-based functions, including emotions, senses, intelligence, learning capabilities, speech, muscle control, and memory. This indicates that children with less gray matter may struggle with these vital functions and, ultimately, in several areas of their lives.

Because spanking can have such a large impact on the brain and psychological functions, it is easy to understand how it might lead to problems with behavior. After all, behavior is influenced by emotions, and if there are issues with emotions, they can easily lead to issues elsewhere.

First of all, kids on the receiving end of HCP are more likely to externalize their behavior (e.g., fight, swear, yell) and show aggression down the road. Further, parents who spank their kids are basically teaching them that it's completely acceptable to use physical force to solve problems. This can then lead to issues with moral development, or the ability to distinguish what's right from what's wrong. For example, if kids grow up being spanked for every little thing they do wrong, they may think that it's okay to physically harm others who do wrong. They may also be more likely to use HCP on their own children in the future.

Additionally, kids who get spanked are more apt to exhibit antisocial behavior. This may be due to the way that spanking makes them feel about themselves. If they feel like failures and/or troublemakers, they may start to get depressed, and this may come off as antisocial or overly introverted behavior.

Another important point that should be considered is the impact that HCP can have on the parent/child relationship. If parents repeatedly resort to using physical force to ''fix'' situations, this may leave their kids feeling scared, confused, and unsure if they can trust mom or dad. It also rationalizes bad behavior (spanking) rather than addressing the true reason behind most situations. For example, if two siblings are arguing over a toy and a parent walks in and spanks them both, what do the kids really learn? They learn that fighting over toys gets them both a spanking!

In the above situation (and the majority of others), a seemingly better alternative to spanking would be for the parent to use differential reinforcement. This focuses on increasing good behaviors and decreasing troublesome ones without the use of HCP. Although there are a number of ways in which parents can apply differential reinforcement (and situations vary), some examples include calmly discussing/diffusing a tense situation, refusing to give bad behaviors attention, and praising good behaviors.

You should now have a solid understanding of the numerous effects that spanking can have on a child's brain and behavior. Given the overwhelming amount of scientific evidence on the topic, it's quite clear that HCP - including spanking - may lead to detrimental outcomes down the road.