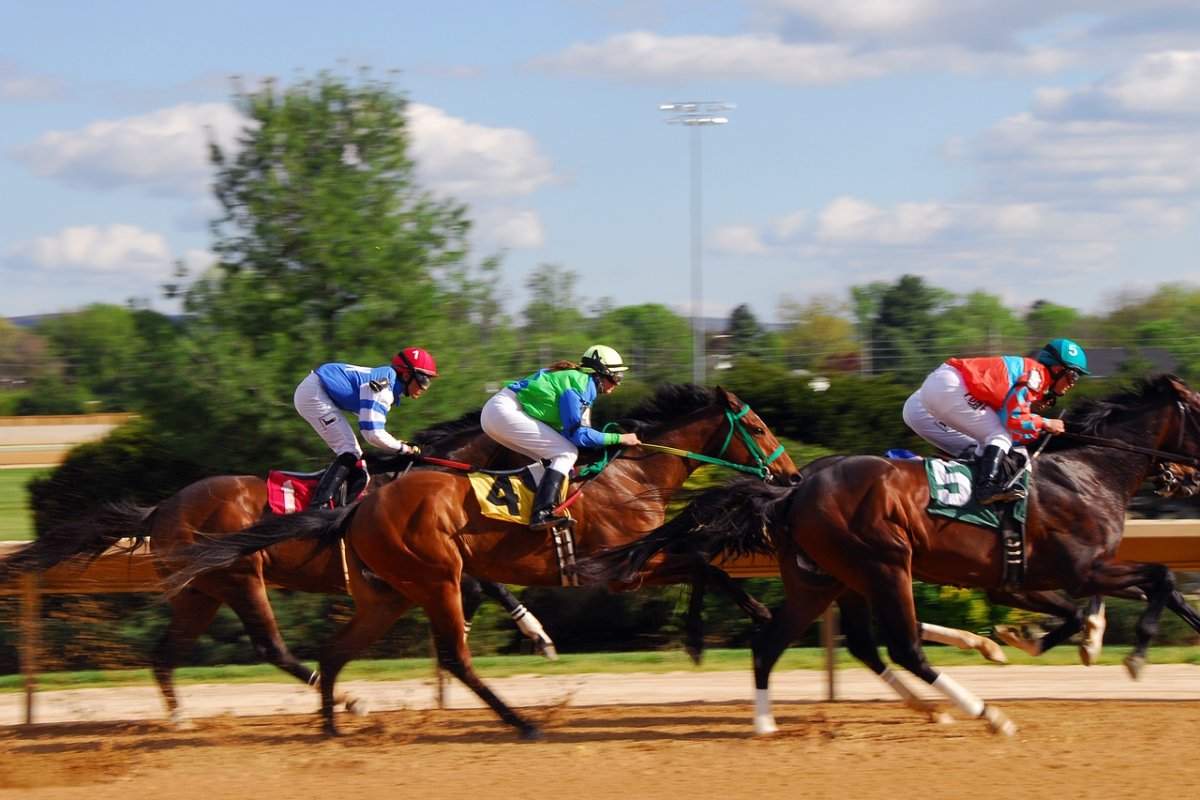 Writing about the festivities surrounding the storied Kentucky Derby, a dynamic reporter introduced a new kind of writing to America: gonzo journalism.

The Kentucky Derby: An Annual Tradition

For almost a century and a half, Churchill Downs in Louisville, Kentucky has been home to an American tradition: the Kentucky Derby. The one-and-a-quarter-mile race of three-year-old thoroughbred horses, run in early May every year, is the premier event of the U.S. Triple Crown.

The Derby is heralded by much pageantry. Finely-dressed ladies wear elegant clothes, topped off with fancy hats. Serenaded by the strains of ''My Old Kentucky Home,'' spectators sip the customary mint juleps from souvenir glasses. In contrast to the pomp and ceremony that usually defines the Kentucky Derby, a seminal piece of journalism revealed another side of the beloved tradition.

A Louisville native, Thompson had long been interested in both sports and writing. But he did not limit his writing to sports coverage. Several years before his Kentucky Derby assignment, Thompson began to explore first-person journalism.

Thompson's social observations and political commentary were peppered with his over-the-top wit. He became an important figure in 1960s and 1970s counterculture. He was a hero to the hippies because of his extremist political beliefs. Thompson even ran for sheriff of his home county in Colorado, under the ''Freak Power'' party banner. The two-thumbed red fist from his campaign posters later became the symbol of gonzo journalism.

What is Gonzo Journalism?

Gonzo journalism differs from standard journalistic writing, as it lacks objectivity and formality. It can also be considered literary surrealism. Moreover, because it is a subjective account of an experience or event, gonzo journalism does not require the strict fact-checking of conventional journalism.

Thompson's article, ''The Kentucky Derby Is Decadent and Depraved,'' is considered the first piece of gonzo journalism. Published in June 1970, it was accompanied by sketches from Ralph Steadman.

Rather than focusing on the history of the Derby or the details of that year's race, the article reads almost like a personal diary—and, indeed, it's not that far from the truth. The gonzo style developed when Thompson, desperate to meet his deadline, ripped out pages from his ''big red notebook'' and sent them to his editors in lieu of a completed story. These rough journal pages comprised a large part of the published article.

Thompson's work included highly detailed, visceral descriptions of people, places, and events. His topics were like moving targets, changing swiftly and introduced with little or no background. The language was uncensored, and a bit coarse.

Reading Thompson's article is like watching footage from an action camera. Thompson's tale started with his mischief upon arrival in the muggy Louisville airport. It ended with the stream of profanity he used to urge his hungover illustrator out of his rental car. In between, Thompson recounted the antics that had taken place at the Derby, from the clubhouse to the infield. Other unrelated incidentals—such as disastrous encounters with Thompson's family and friends, and his creative obsession with pepper spray—also made their appearance in the article.

The article did touch on aspects of local culture, such as Kentucky colonels. However, most of the references were quite unflattering. Irreverent humor was a hallmark of Thompson's brand of journalism.

Thompson fully immersed himself in the wild party scene that surrounded the Kentucky Derby. He and his partner, Ralph Steadman, had been looking for the depraved face of debauchery characteristic of the Derby revelers. After a few days of heavy drinking during the Derby celebrations, Thompson realized that he had become the subject of his own article.

What was the Reaction to Thompson's Report on the Kentucky Derby?

At the time of its publication, Thompson's Kentucky Derby article did not attract widespread public attention. The most notable reaction was from Thompson's friend, Boston Globe editor Bill Cardoso. After reading the article, Cardoso reportedly remarked, ''...you've changed everything. It's totally gonzo.''

Cardoso's name for Thompson's new style stuck. And Thompson stuck with his intense new style: Gonzo journalism became Thompson's standard for the rest of his career.

In the years since its publication, the article and its style have been embraced by both scholars and popular culture. ''The Kentucky Derby is Decadent and Depraved'' has been the subject of academic papers and university study. The phrase ''fear and loathing,'' which Thompson coined in the article, is still commonly used.

What is the Influence of Gonzo Journalism Today?

Hunter S. Thompson covered topics which had been largely avoided by mainstream journalists. Many of his articles and books chronicled the sweeping changes in the American sociopolitical landscape of the 1960s and 1970s. His first-person, subjective approach was filled with humor and personal observations. He not only reported news—he became the story.

Although Thompson is no longer with us, his work continues to affect how journalists and other writers present their stories to the world. Even as advances in technology shift print journalism to online reporting, the legacy of gonzo journalism remains. Social media threads and blog posts intermixing personal experience with politics or counterculture evoke the memory of Hunter S. Thompson's red notebook, its pages vividly decorated with brash personal observations.