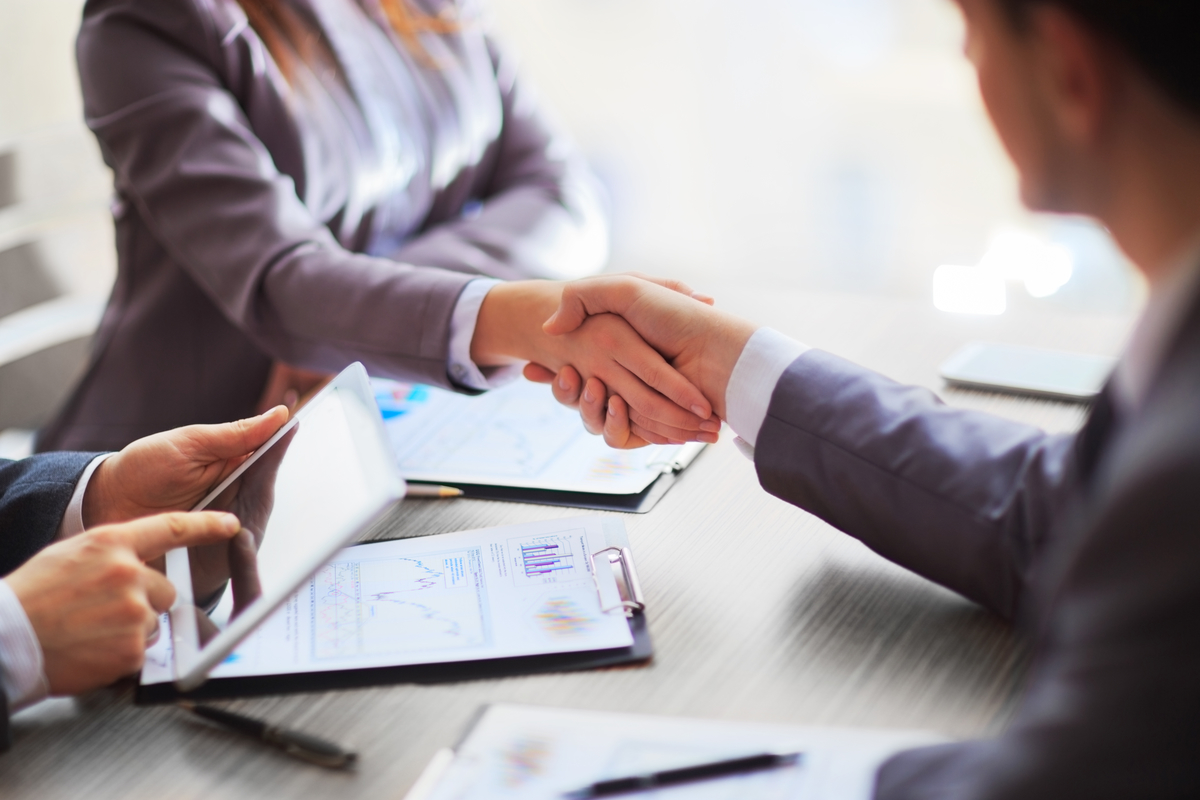 Fostering a corporate culture that promotes trust is an often-overlooked task for human resources departments. Use these tips and strategies to make it easy for your employees to trust one another.

For corporations and other businesses, establishing a working relationship with employees goes far beyond good manners and etiquette. Having a healthy relationship between companies and workers improves production and fosters loyalty. As the liaison between employer and employees, HR departments play an important role in managing employee and labor relations. As such, they need to be able to address issues and help nurture a healthy relationship between management and staff.

If you want your employees to be trusting, you need to prove to them that you're worthy of their trust. It may seem like a given, but doing something as simple as telling the truth goes a long way toward proving to your employees that you're a reputable source of information.

For example, during the hiring process, Liz Tran, a sales director for a mid-Atlantic software firm, extended an offer to a particularly qualified candidate. Weeks went by with no response and Liz assumed that her potential hire had gone elsewhere. Soon after, however, she learned that he was working for her company, but on a different team. Confused, Tran asked why the salesman hadn't joined her team; he responded by telling Liz that he had never received her offer.

As it turned out, HR had intercepted Liz's offer, but instead of passing it along, the department buried it so that a different team could extend an offer. ''For whatever reason, they prioritized the other team and didn't bother to tell me,'' Tran says of the experience.

Stories like these read like a textbook case of how to sow discord and distrust between HR and employees. In this scenario, the HR recruiter came off as dishonest and deceitful. Even if there was a valid reason for sending the salesman to another team, the way HR went about the process completely ruined any credibility it had with both the manager and the new hire.

To show a true commitment to honesty, you can take things one step further by taking pains to be as transparent as possible with your workers. In addition to telling the truth, the Harvard Business Review recommends sharing as much information as possible, including financial reports, corporate forecasts, notes from board meetings, and key performance metrics. Sharing these results allows HR and management to back up statements with facts. Instead of merely saying, ''this is true because I say so,'' you can allow your employees to examine the evidence and come to their own conclusions.

Keeping employees in the loop is also a form of self-regulation in that it makes lying a much more challenging endeavor. HR (and all other departments) can't get away with lying about reports or stats when they know employees have access to that very same information.

Speaking of sharing, another effective way of winning your employees' faith is to give them credit for successes while minimizing criticism for poor performances.

We're all familiar with the boss who takes credit for all the glory when the team succeeds, only to assign fault to employees and play the victim when things go wrong. By flipping this model, HR professionals can earn trust by taking the heat for failings and mishaps and giving credit to employees when projects or situations go well. Research has shown that there's a clear competitive advantage for companies who invest in their employees.

If the company suffers a down year, don't blame the employees; instead, blame a company-wide failure to clearly state goals and monitor performance. If a particular team is struggling, work with managers on improvements, instead of simply condemning their efforts. This model requires a delicate balance between keeping employees happy without absolving them of any accountability. Employees shouldn't take the fall for everything, but neither should they be encouraged to think that their actions have no consequences.

The other takeaway from Liz Tran's story is that mid-level management is a crucial ally for HR professionals because these people are uniquely situated. On the one hand, they have oversight and influence on new and more junior employees; on the other hand, they have regular contact and influence with more senior executives. In other words, they have a wide range of interactions, and synchronizing your efforts can help to promote cohesiveness and consistency.

As important as communication is at the lower ranks, it's even more important when establishing the trustworthiness of the most senior managers and executives. Findings from the Towers Watson Global Workforce Study confirm this notion, as only 55% of surveyed workers in the U.S. had ''trust and confidence in their senior leaders.'' While this number represents an increase from past studies, it's still extremely troubling that almost half of the workforce does not consider company management to be a reliable source of information. To combat this, HR professionals need to find a way to encourage interaction and trust between the general workforce and higher-ups.

One such example comes from 2U, a digital education company based in Maryland. New hires are offered the opportunity to attend a meeting with the company CEO, who gives a brief lecture about his personal backstory and goals for the company and then opens the floor for questions.

Having the CEO of a company with more than 1,500 employees show up in a small conference room and speak candidly with new hires sends a pair of messages:

While you don't need to emulate this exact model (not all CEOs are as personable or willing to meet with minor employees), it's a good idea to portray your executives as real people. It's important for your employees to know that upper management is not cloistered away on the top floor.

If you're looking for ways to improve communication between both ends of the corporate ladder, try looking into an anonymous feedback model. These models, such as the 360 degree feedback system, allow for anonymous feedback across the entire company. Junior employees can offer feedback about executives, managers can speak freely about other managers, and so on.

The immediate benefit is the honesty that anonymous feedback models promote. Without fear of retribution for making negative comments, employees can freely speak their minds and share their real thoughts about the company and their fellow employees. In general, feedback is usually more accurate because employees do not feel the need to tell their supervisors what they want to hear.

This exercise also builds trust because it provides concrete proof that lower-level employees are just as valuable as higher-level employees. It's one thing to tell employees that their opinions matter, but using anonymous feedback proves that the HR department (and the rest of the company) wants to know what is on their minds. When entry-level employees have the opportunity to provide constructive, respectful feedback about colleagues and supervisors, it can help to boost their professional confidence and self-respect.

As you might expect, anonymous feedback can have its downsides as well. The same veil of anonymity that leads employees to speak their minds can also lead to confusion and obfuscation of important information. It may also lead to petty comments or destructive criticism, as employees may make unprofessional statements for which they will not be held accountable. Finally, it can make feedback-related action more difficult. When managers receive specific criticisms from particular employees, they won't know whom to speak with or how they can address an issue because they won't know the source of the complaint.

For more info on the pluses and minuses of the anonymous feedback model, check out this Study.com article for more insights.

In its analysis of trust-building between employees and an organization, the Society for Human Resource Management (SHRM) places a heavy emphasis on determining your organization's ''core values,'' or guiding principles. This can range from standard goals like ''improve profits'' to more vague ideas like ''strive for excellence'' or ''have fun.'' No matter what values your company has, HR professionals such as yourself need to figure out how to turn these ideas into actionable behaviors.

For example, 2U publishes their guiding principles on its website and frequently takes steps to allow employees to act on them. For the ''make service your mission'' principle, the company organizes volunteer outings for employees.

When determining your core values, be sure to make honesty and trust key components. Work with executives to ensure that your models align with organizational strategy. Turning vague ideas into actionable beliefs makes it easier to create and have employees follow a consistent corporate culture that values faith.

Depending on the size of your company, it's not always easy to foster trust between employees and an organization. By following these tips, however, you can make the task a lot easier.