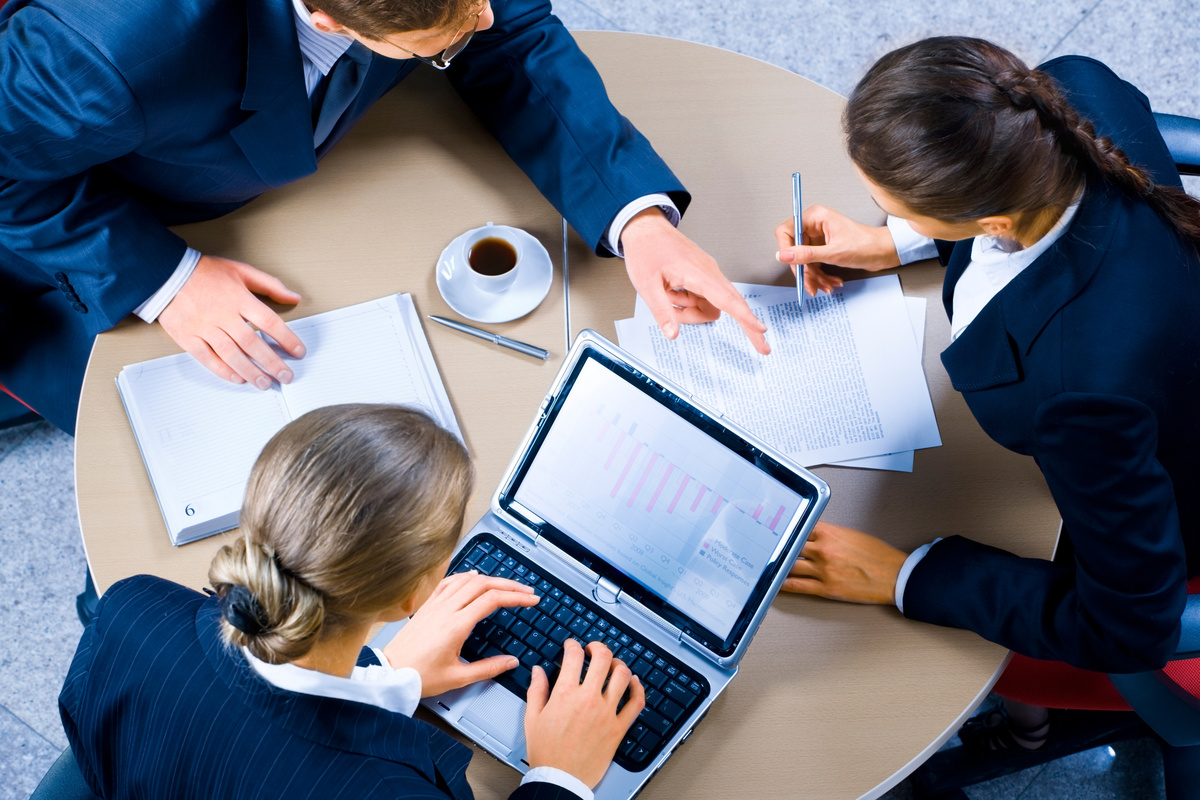 The human resources profession may be dominated by women, but that doesn't mean that men do not have any opportunities when it comes to finding a job in the field.

For decades, the human resources field has been controlled by women, and that trend continues to this day. A 2016 report from the U.S. Bureau of Labor Statistics (BLS) found that 72% of HR managers are women. The same report found that 73% of HR workers and a whopping 96% of human resources assistants (except those in payroll and timekeeping) are women.

Such a significant divide can be a little daunting if you're a man looking for opportunities in the HR field, but there's no reason to be alarmed. Despite these numbers, there's plenty of encouraging news concerning the availability of HR careers to suit everyone.

Despite the fact that most experts are well aware of the disparity, a consensus has yet to be formed in the HR community as to why the field is dominated by women. There are no discriminatory practices at work, and experts can't seem to find any concrete reasons that adequately explain why so few men work in the field.

Some analysts explain the gender gap with the claim that HR is inherently designed for women. In his article ''HR is Female'', HR analyst John Sumser argues that ''The essence of HR might be its ability to make clear judgments about really intangible things like personality, potential and match-making. These are stereotypical female things.'' Sumser's logic is simple enough to understand: HR is a field that requires empathy and nurturing, which are traits more commonly found in females.

This argument is flimsy at best. Men are just as capable of being emotionally supportive and competent as women, and saying that women are only good at HR because of their womanly instincts is an insult to the female managers and executives who have accomplished so much professionally.

In fact, HR has undergone a dramatic makeover in recent years and is now a much more complex field, with workers taking on advanced ideas relating to:

The notion of HR as a small department handling labor relations and employee disputes is outdated and incorrect. This is a field built on data and management, not emotional sentiments and motherly instincts.

There's Nothing Holding You Back

So what does all this mean for men looking to enter the HR field? For starters, it should be seen as a positive sign that there are no real barriers to prevent you from applying. Women do not possess any mental or physical characteristics that make them better suited to handle these jobs, and men applying for HR jobs will not face any factors that make them less qualified.

Robin Sutton, Vice President of Human Resources for Penguin Random House in Westminster, MD, offered us a different insight. After fielding applications for a recent opening in her department, she conceded that an overwhelming majority (80-90%) of applicants were women.

The vast divide between genders is a question of simple percentages: if five candidates apply for a job and four of them are women, odds are that a woman is going to get the job. In the case of the Penguin Random House job, for example, Ms. Sutton would have had to go out of her way and demonstrate considerable bias in order to ensure that a male candidate got the job.

It's not that HR managers actively discriminate against men, it's that men don't apply nearly as frequently as women do. If men want to earn an HR degree and pursue a career, there's absolutely nothing standing in the way but their own hesitation or reluctance to enter the field.

Compensation is Also Unequal--But Not in the Way You'd Expect

Given how thoroughly women dominate the HR field, it would follow that they also command more significant salaries. This is not the case, however. The same income inequality that plagues other professions has also affected human resources.

The BLS also compared salary information in 2016 and found that male HR managers earn about 23% more than their female counterparts. The report determined that male managers made a median weekly salary of $1,737 per week whereas female managers only took home $1,283, a difference of almost $500 a week!

This discrepancy also exists for HR workers (specialists and generalists); men earned $1,364 per week as compared to the $1,089 per week made by women. Most troubling is the notion that male HR workers, despite holding more junior positions, earned more than female managers.

Technically, this information is a positive for male workers looking for work in HR. After all, who doesn't like more money? That being said, income inequality, especially in a field with so many female managers and executives, is extremely unjust and something that you should be aware of when entering the field.

As unfortunate as the public perception about women being better at HR because of their nature is, the good news is that employees and companies are starting to form more progressive opinions about the importance of gender equality in HR.

Writing for Forbes.com, Susan Strayer, founder of Exaqueo, supports the conclusion that human resources is a data-driven profession and states the need for more balance. According to Strayer, HR is ''not touchy feel-y or emotional. It's a pure, balance sheet, analyst-watching, performance-driving business necessity. But if you leave it to your largely female HR team, or assume the ladies will take care of it, you're not just mistaken, you're in the red.''

More and more frequently, companies are coming to realize that not only is HR not just for women, but also hiring more men may be essential to producing a more efficient and successful HR department.

If you're a man and are considering a career in human resources, don't let the high concentration of women deter or intimidate you. Opportunities are readily available and the changing perception about the role of HR in a company will only lead to more men in the field.