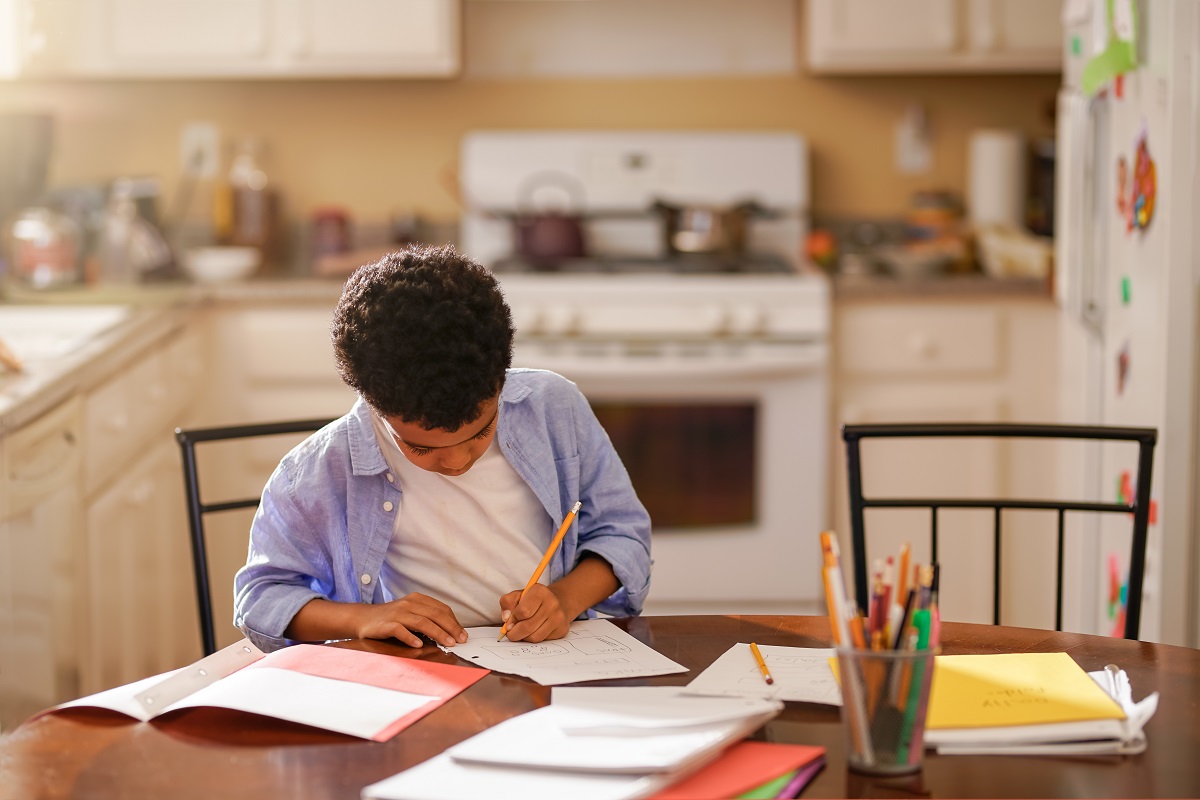 For students, parents, and educators, homework is a part of everyday life. But who invented homework? How did it come to be a norm in education? Here is a brief history of homework in the United States.

Origins of Homework: Myth vs. History

Exactly who invented homework? We may never know for sure. Many people and events have influenced its history. Let's begin by looking at two of its influencers.

The Dubious Roberto Nevelis of Venice

Roberto Nevelis of Venice, Italy, is often credited with having invented homework in 1095—or 1905, depending on your sources. Upon further inspection, however, he seems to be more of an internet myth than an historical personage.

The 19th-century politician and educational reformer Horace Mann played a large role in the history of homework. Mann, like his contemporaries Henry Barnard and Calvin Ellis Stowe, had a strong interest in the compulsory public education system in the newly unified nation-state of Germany.

Pupils attending the Volksschulen (''People's Schools'') were given mandatory assignments to be completed at home on their own time. This requirement emphasized the power of the state over the individual at a time when nationalists like Johann Gottlieb Fichte were trying to rally support for a unified German state. While homework had been invented before Fichte's involvement with the Volksschulen, his political aims can be seen as a catalyst for the institution of homework as an educational essential.

Horace Mann spearheaded the development of government-regulated, tax-funded public education in the United States. He saw the Volkschule system in action during a trip to Germany in 1843 and brought some of its concepts—including homework—back to America.

Homework, while a near-universal part of the American educational experience, has not always been universally accepted. To this day, parents and educators debate its pros and cons…just as they have for more than a century.

In 1901—just a few decades after the concept of homework made its way across the Atlantic—it was dispensed with in the Pacific state of California by a homework ban. The ban affected all students younger than 15 and stayed in effect until 1917.

Around the same time, prominent publications like the Ladies' Home Journal and The New York Times used published statements from parents and medical professionals to portray homework as detrimental to children's health.

In 1930, an organization known as the American Child Health Association declared that homework was a type of child labor. Since laws against child labor had recently been passed, this proclamation reflected a less-than-favorable view of homework as an acceptable educational practice.

During the progressive education reforms of the late 19th and early 20th centuries, teachers began looking for ways to make homework assignments more personal and relevant to individual students. Could this be how the immortal essay topic, ''What I Did on My Summer Vacation,'' was born?

The Cold War: Homework Heats Up

Following World War II, the Cold War heated up U.S.-Russian rivalties in the 1950s. Sputnik 1's launch in 1957 spiked competition between Russians and Americans—including their youth.

U.S. education authorities decided that rigorous homework was the best way to ensure that American students didn't fall behind their Russian counterparts, especially in the increasingly competitive fields of science and mathematics.

The U.S. Department of Education's 1986 pamphlet, What Works, included homework among effective educational strategies. This came three years after the National Commission on Excellence in Education published its landmark report, A Nation at Risk: The Imperative for Educational Reform.

Many educators and other concerned citizens have once again started to question the value of homework. Several books have been published on the subject.

Homework is still controversial today. Some schools are instituting homework bans that mirror those from the turn of the previous century. Teachers are expressing differing perspectives about these bans, while parents are trying to cope with the disruption to the home routine that results from such bans.

Does your school still assign homework? Get the most out of at-home assignments with robust resources like the homework help courses from Study.com.