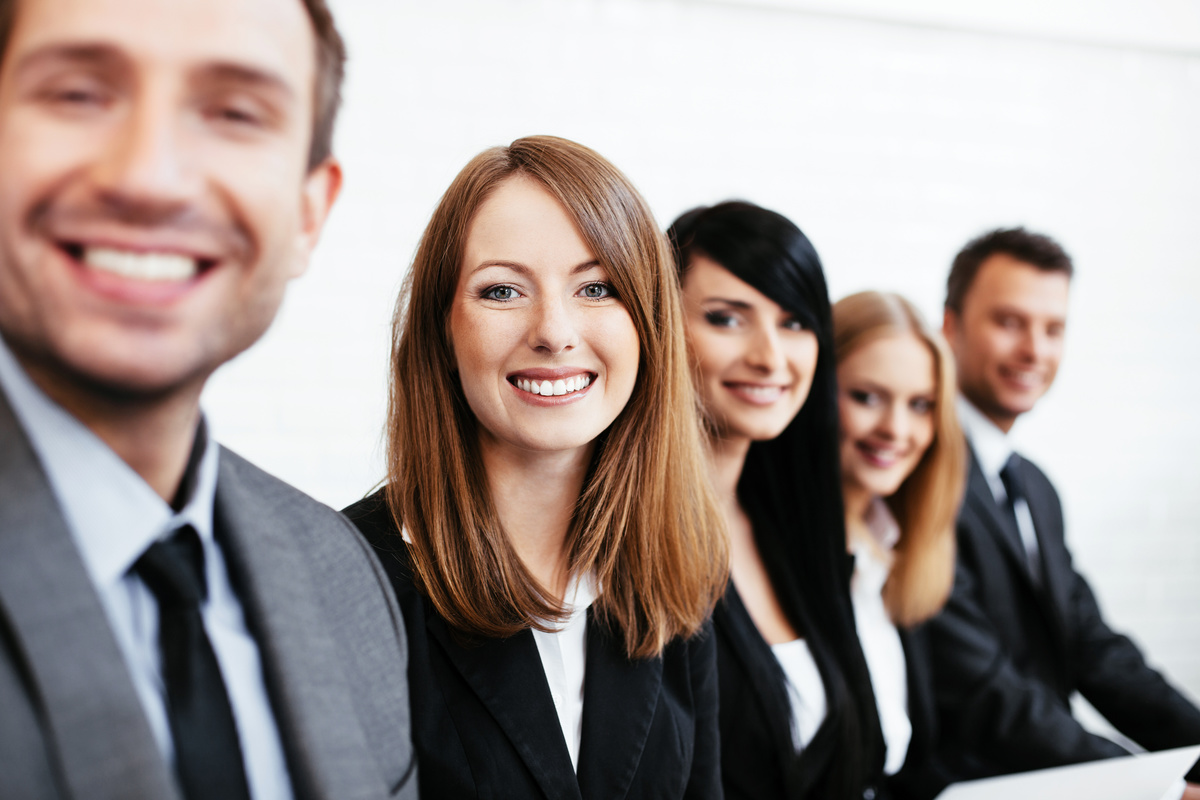 An overwhelming majority of workers in the human resources field are women. Is there a reason for this discrepancy, and what can it teach us about employment trends across the country?

As gender equality in the workplace becomes the standard instead of the exception, a number of careers that were once open only to men are now seeing more diverse demographics among their workers. Improved access to education and professional opportunities means that more and more women are now doctors, lawyers, politicians, and a whole slew of other professionals.

Despite these improvements, certain fields remain dominated by only one gender. For example, the United States Department of Labor found that of the 74,000 crane and tower operators working in America in 2014, only 0.2% were women. Another field that's experiencing a major discrepancy is that of human resources. In 2016, the U.S. Bureau of Labor Statistics (BLS) found that 72% of HR managers were women; in 2017, Payscale.com reported that a whopping 86% of HR generalists were women.

So great is women's presence in the field that John Sumser, a principal analyst for the blog HRExaminer, famously proclaimed that 'HR is a 47-year-old white woman.'

But what exactly is the cause of this dramatic gulf between men and women working in human resources? While the exact cause is difficult to determine, a few theories have been floated out, ranging from a simple case of reputation to the complexities of human biology.

The professional world can be a fickle and superstitious one, and the cause for the gender gap may be a simple case of the field's reputation determining its reality. In other words, HR is known as a female-dominated field, which makes women more likely and men less likely to pursue a human resources career.

This imbalance, however, is showing signs of relenting, as recent trends seem to suggest that men are increasing their representation in the field of HR. After peaking at 79.3% in 2007, the number of female HR workers in the UK has been in a slight decline, with men making up a more significant percentage in recent years.

Another potential reason stems from stereotypes about gender roles. Some experts, including Sumser, see a direct correlation between traits traditionally found in women and the skills required to work in HR. 'The essence of HR might be its ability to make clear judgments about really intangible things like personality, potential, and match-making. These are stereotypical female things,' he says.

While using the 'women are naturally more nurturing' defense is a somewhat misinformed and sexist argument, there is a fair amount of science that supports the notion that women are better suited to handle the conflicts and problems that an HR worker tends to face.

Emotional intelligence, also known as EQ or EI, refers to the ability to recognize emotions and use this knowledge to make informed decisions concerning thoughts and behaviors. It is based upon four central domains: social skills, empathy, self-awareness, and managing one's own emotions. While men possess their own form of EQ, women tend to demonstrate more advanced empathetic and interpersonal skills, both of which are vital to resolving intra-office disputes, managing employees, and negotiating contracts.

As is often the case, the truth is somewhere in the middle. Sumser's description of HR as something that is inherently female is slightly off base and misogynistic; HR is a demanding field, and professionals do a lot more than just 'take care' of employees. That said, the fact does remain that men and women in general tend to possess two unique skill sets, and the overlap between women's natural talents and HR skills is significant.

Though men have been steadily pursuing more HR jobs and thereby diminishing the gender divide, there is no denying that human resources is a female-dominated field. But is this necessarily an issue? Should companies and their employees be concerned about the imbalance? So far, the early consensus seems to be 'no.'

Some experts see the overwhelming presence of women in HR as a welcome change from most other fields where men dominate upper-level management. Despite the stereotype that men hold all positions of power in HR while women simply carry out the more menial jobs, Sumser's report found that women fulfilled two-thirds of executive positions in human resources. Compare this to other professions where representation is dramatically in favor of men. In 2016, a mere 21 companies on the Forbes Fortune 500 list had female CEOs, making for a measly 4.2%. Even outside of this list, men hold the majority of executive positions.

Additionally, there are few if any barriers preventing men from finding HR jobs. There are no physical or mental restrictions that make it more difficult for a male to perform the functions of an HR professional. The jobs are there; men simply don't have an urgent desire to pursue them.

A more troubling statistic, though, comes from salary figures related to men and women in HR. Despite their prominence in the field, women are still paid less, a common occurrence in other professions as well. According to the BLS, male HR managers take home 23% more than their female coworkers. In 2016, female HR managers earned an average median weekly salary of $1,283, which was nearly $500 less than the $1,737 average for male managers. Over the course of an entire year, that's a difference of almost $25,000.

Unfortunately, the same trend continues in the HR worker category. The BLS reports that male workers earn $1,364 while women earn only $1,089. Even with their lower rank, male HR workers earned more on average than female HR managers, despite the fact that the latter's position is more senior.

Where to Go From Here?

The solution to the first problem may soon take care of itself. Human resources is evolving into a more data-driven and technology-focused field. Instead of simply handling employee relations, HR professionals are expected to understand complicated concepts such as:

As the field changes, common perceptions will change as well. Rather than viewing HR as an emotion-based profession, we may soon come to see it as a more neutral and less sentimental profession. This may explain the UK statistics in which the percentage of men working in HR is increasing.

The second problem is much more complicated and as a result, more difficult to fix. As noted above, the gender income gap is widespread in all areas of the professional world, but fortunately, this subject has become more of a national discussion in recent years. As more people become aware of inequality, the gender income gap will continue to diminish.

Not only does equal pay make sense morally, but also financially, according to research. A report from McKinsey & Company discovered a direct correlation between profitable companies and diversity, as the more diverse companies were more likely to have above-average financial returns.

The exact reason for female dominance in the HR field may not have a single cause, but by looking at this gender imbalance and comparing it to salary statistics, we can enhance our understanding of how to improve the workplace on both a national and global scale.