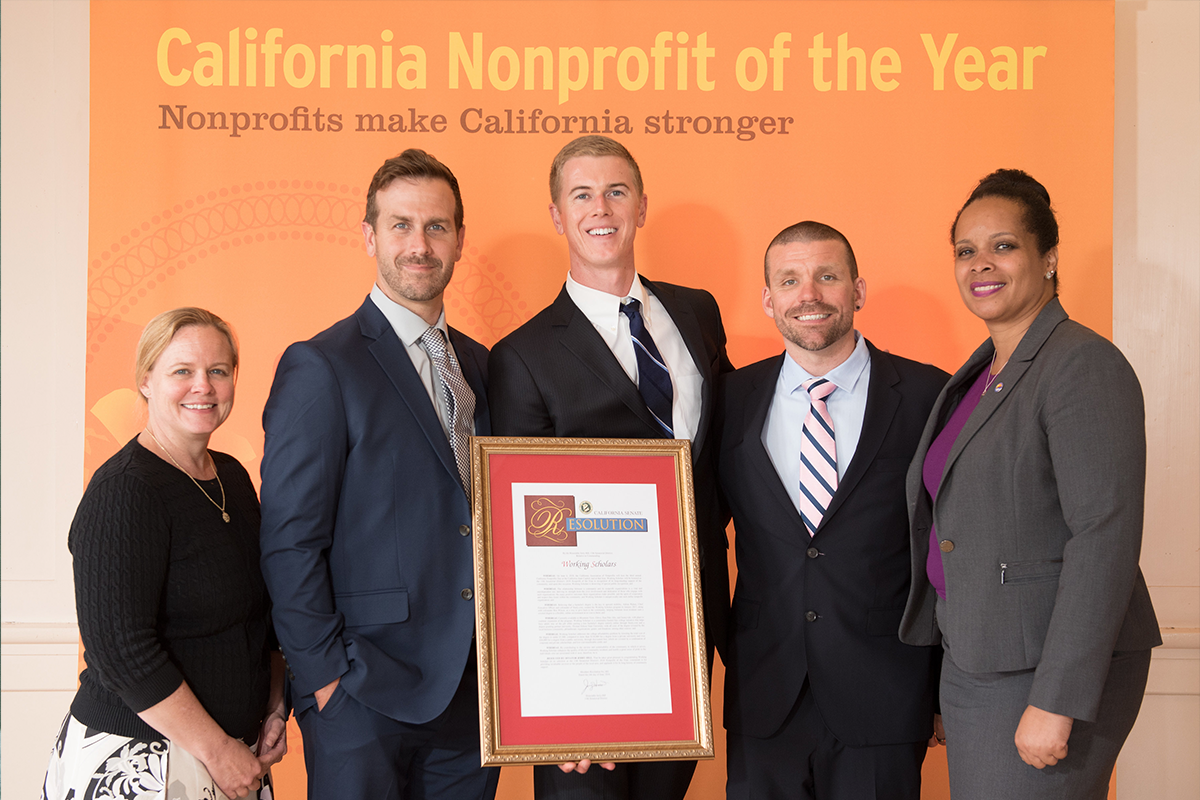 Study.com's Working Scholars program was recognized as a 2018 California Nonprofit of the Year. Keep reading to learn more about the program and the recent award.

How Working Scholars is Helping the 13th Senate District

Study.com is honored that Senator Jerry Hill selected our Working Scholars program as the Nonprofit of the Year for California's 13th Senate District. We're proud of how our program is giving residents of select Bay Area cities the opportunity to earn a bachelor's degree at no cost and we're thrilled to receive such an important recognition.

Our Working Scholars program is already making an impact in three cities in California's 13th Senate District: Mountain View, Sunnyvale and East Palo Alto. Each of those cities has its own Working Scholars chapter.

Our Scholars in these chapters can complete college credit-recommended courses on Study.com. Credits then transfer to Thomas Edison State University (a four-year accredited state university), where they complete final requirements and earn their bachelor's degree.

And they're making some great progress! To date, Working Scholars in 13th Senate District cities have completed close to 850 courses and have earned more than 2,500 college credits.

In addition to the chapters in the 13th Senate District, we've also brought the program to Gilroy and we have plans to expand to even more cities.

Study.com's self-paced online courses offer a flexible format that makes it easier for Scholars who are juggling work and family commitments to earn a degree. Courses are available on desktop and mobile and are divided up into short, 5-minute video lessons so they can fit learning into their busy schedules.

The Working Scholars program received its Nonprofit of the Year award during a celebration in Sacramento as part of California Nonprofits Day on June 6. We joined about 100 nonprofits that were honored by their state senators and assembly members. During the event, representatives of the Working Scholars program accepted the award and had the opportunity to meet with Senator Hill.