Ron Petrarca, Amy Troolin
Learn about England in the 18th century. Identify key rulers, developments, and conflicts in this era and the lasting impacts that they had on world history. Updated: 05/24/2022

Eighteenth-century Britain was a time of transition. One royal dynasty died out and another took its place. During this time, the power of the monarchy also declined considerably and Britain lost 13 of her colonies in the New World. However, despite this loss, the empire greatly expanded in other parts of the world. In fact, during the 18th century, the British Empire became the largest empire in human history.

British history is usually broken up according to the reigns of its monarchs. The following is a list of all the monarchs who reigned during 18th century England and Britain, together with a brief biography and some information about historical events that occurred during their reigns:

In a listing of the greatest English monarchs and greatest kings of England, none of the rulers of the 18th century are listed as ranking very high in competence or political skill. 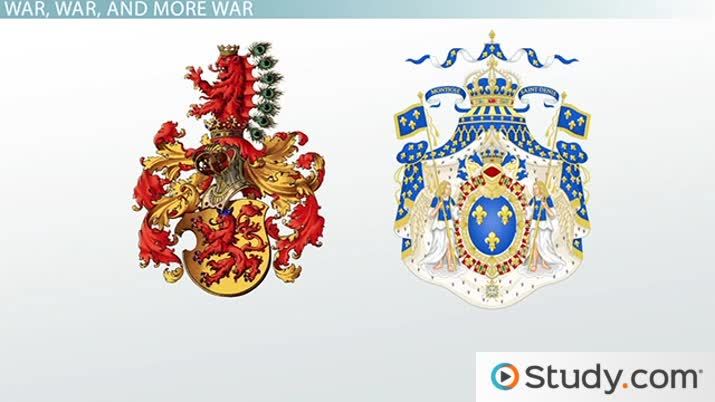 Try it now
Back
Coming up next: 18th Century Powers: France and Louis XIV, XV, and XVI

Politics during the 18th century England (and Britain as a whole) was dominated by two political parties: the Whigs and the Tories. The Whig Party more or less went extinct during the 19th century, but the Tory Party exists to this day and has been an extremely important part of British political history for over two hundred years.

The center of political power during the 18th century began to shift rapidly away from the monarch and toward the prime minister. The prime minister was (and remains) the head of government of the United Kingdom. They make most of the important political decisions in the government.

The Whig Party strongly supported the powerful aristocratic families of Great Britain as well as the Hanoverian Dynasty. They controlled Parliament for almost the entire 18th century. In fact, there were only three non-Whig prime ministers between 1700 and 1800.

Initially, the Tories supported the Stuarts over the Hanoverians, but as the Hanoverian dynasty became a fact of life in Britain, their support for the Jacobites waned. The Tories mostly supported the landed gentry and middle classes. As such, they were seen as being more supportive of major social changes. This is ironic considering that the Tories are now Britain's conservative party.

Here is a brief biography of the two most important 18th-century prime ministers.

Here is some more detailed information about the foreign wars that Britain was directly involved in during the 18th century:

The most significant social, cultural, and economic development to occur in 18th century England was the Industrial Revolution (.c1760-c.1820). The Industrial Revolution involved the creation of machines run by water power, steam, and coal. It also utilized the invention of interchangeable parts to make the mass manufacturing of goods more efficient. These new technologies radically changed how people in Great Britain lived. It eventually led to advances in communication, transportation, and the rise of large factories. Beginning in the late 18th century, many people left their farms to seek employment in factories in cities. Technology, therefore, led to increased urbanization and the creation of slums in large cities such as London.

The rapid pace of industrialization would spread out from Britain and quickly change the way people all over the world lived. These changes would continue to accelerate and proliferate throughout the 19th and 20th centuries.

The 18th century in Britain saw the demise of the Stuart dynasty and the rise of the House of Hannover. Because the Hanoverians were ethnic Germans, many people in Britain did not want to have them as their kings. During the 18th century, there were several uprisings by Jacobites (supporters of the Stuarts). All of these rebellions were put down.

The office of the prime minister was also created during the 18th century. The first man to hold this office was Robert Walpole. The main wars that Britain fought during this 100-year period were: the War of the Austrian Succession, the Seven Years' War, the American Revolution, and the War of the Spanish Succession. After the Seven Years' War ended, Britain acquired French colonies in Canada and India. Additionally, the 18th century was a time of rapid industrial progress thanks to the arrival of the Industrial Revolution.

Who ruled England in the 18th century?

William III, Anne I, George I, George II, and George III ruled over Britain during the 18th century. The three Georges were from the House of Hannover,

Which major change happened in Britain in the 18th century?

There were many major changes that occurred in Britain during the 18th century. One was the extinction of the House of Stuart and the arrival of the House of Hannover. Another was the Industrial Revolution.