Gel electrophoresis is a laboratory technique that is used for the separation and analysis of deoxyribonucleic acid (DNA), ribonucleic acid (RNA), and proteins based on their molecular size or electric charge. Agarose gel electrophoresis is the most commonly used and effective method for the separation of DNA fragments. Electrophoresis equipment applies an electric charge to molecules that causes them to move towards the electrode that is oppositely charged. For example, DNA and RNA are negatively charged so they will migrate to the positively charged end of the gel. 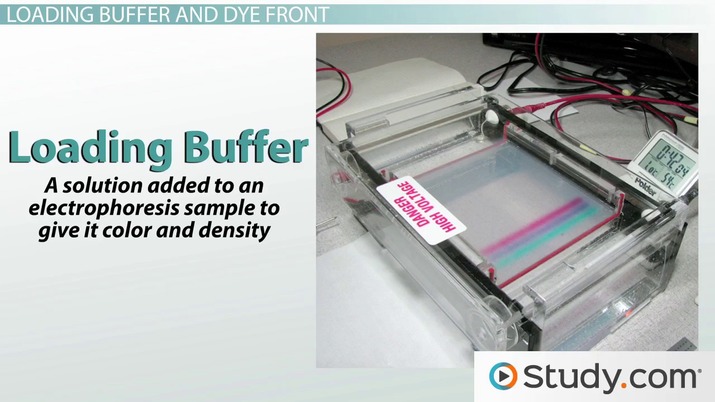 What is Electrophoresis Used For?

Electrophoresis is used in a wide range of applications and in different sciences. Some of these include:

There are certain pieces of equipment that are necessary to complete the gel electrophoresis process. These include:

Gel electrophoresis setup begins with making an agarose gel. Agarose is a polysaccharide, containing galactose residues, that can be extracted from certain marine red algae (seaweed). It is a major component of the gel electrophoresis apparatus because it houses the molecules that are to be separated. Agarose is ideal for gel electrophoresis because it has a low gelling temperature, neutral charge, and forms stable gels. It is usually sold in powder form, and then can be dissolved in boiling water. Upon cooling, the mixture forms the agarose gel. Agarose can therefore be solid or liquid. Combs of desired sizes are usually used to embed wells into the agarose gel for loading of molecules that are to be separated. Molecules are usually separated in a straight line from where they were loaded, generally referred to as lanes. The agarose gel must be oriented in a specific way in a gel box to allow migration in the intended direction.

Loading buffers are used for loading samples into the wells that are embedded in the agarose gel. Loading buffers are made of a colored dye and a density agent. The loading dye allows visibility and tracking of the sample as it migrates through the agarose gel. The density agent increases the density of the sample so that it sinks to the bottom of the well. As electrophoretic separation progresses, different dye lines are visible on the agarose gel. The dye front is the dye line that migrates the fastest, and it visually helps to ensure that the sample does not migrate off the end of the gel. It can be used to determine when the electrophoresis protocol is complete as the user can see how far down the gel the loading dye has migrated.

Ethidium bromide is an intercalating agent that is used to stain nucleic acids, acting as fluorescent tags for visualization after electrophoretic separation. It is the most commonly used dye for DNA and RNA. Because it binds with DNA, it is a highly toxic mutagen, and care is usually taken while handling it to prevent inhalation, ingestion, or skin absorption. Other dyes such as SYBER Green and GelRed have been used as alternatives to ethidium bromide. Agarose gels can be stained before or after electrophoretic separation. Stained molecules can be visualized using a UV box (ultraviolet transilluminator) because they are not visible to the naked eye. The ultraviolet radiation emitted from the UV box causes the dye to fluoresce. A UV box usually has a protective covering to protect the user from UV exposure. Facial screens are used in some cases.

The gel electrophoresis procedure requires precision, but its application has been used to answer many biological questions.

The term electrophoresis is a broad term that is used to describe the movement and separation of charged molecules when they are exposed to an electric current. An ion is an atom or molecule with a net electrical charge. Because the mobility of ions in an electric field varies, electrophoresis can manipulate these differences to separate them. The electric charge causes the ions to gain velocity based on charge, shape, and size. The gel electrophoresis process includes using agarose gels to separate DNA, RNA, or proteins based on the principles of electrophoresis. Gel electrophoresis works by loading these molecules into wells embedded into the agarose gel and applying an electric current to them. They will migrate and separate according to their charge. DNA has a uniform mass/charge ratio. The distance traveled is inversely proportional to the molecular weight. Therefore, smaller fragments will also migrate faster down the gel and the user can separate fragments of different sizes within the same reaction.

Electrophoresis is used in a wide range of applications and in different sciences. It is used in forensic studies, PCR, taxonomy, and gene analysis.

What are the steps in gel electrophoresis?

The steps in gel electrophoresis includes:

What is the process of DNA gel electrophoresis used for?

What is the principle of gel electrophoresis?

What are the 4 main components of gel electrophoresis?

The four main components of gel electrophoresis are the agarose gel, gel box and power supply, loading buffer and dye front, and ethidium bromide and UV box. These components work together to complete the electrophoresis process.

DNA Technology Uses, Examples & Applications | What is DNA Used for?

Microtube Function & Structure | What are Microtubules?