chase smith, Julie Zundel
Learn about the alkali metals group and explore the group 1A elements. Understand their charge, valence electrons, ions, and find out whether they are soft or hard. Updated: 02/05/2022

Why Are They Called Alkali Metals?

What are Group 1 elements called? These elements are called alkali metals because of the alkaline compounds that they make when in combination with water. Alkaline compounds make hydroxides after they have been reacted in water, which is a basic solution. Basic solutions are often referred to as being alkaline.

These elements can be found in nature but are highly reactive and are difficult to find in an unreacted state as a result. 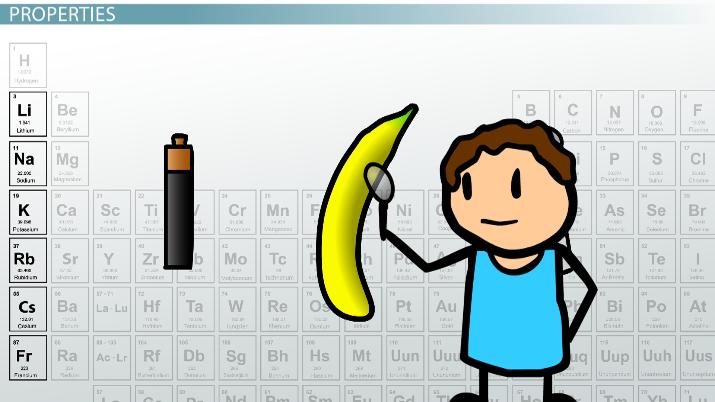 Coming up next: Alkaline Earths (Group 2A Elements): Definition & Properties

A mnemonic device to remember these elements in order would be: Little Naughty Kids Ruin Chocolates Forever.

How Many Valence Electrons Are in Group 1A?

The loss of the valence electron mentioned in the previous section leads to the alkali metals creating a charged particle known as an ion. An ion refers to the form of an element that is electrically charged due to the loss/gain of an electron in order to create a full valence shell of electrons.

Since alkali metals have one valence electron in the elemental form, the loss of that one electron to create an ion makes the charge a positive one. The positive one charge refers to the relationship between the number of protons to the number of electrons. Positive 1 charge means there is one more proton than electron. The term used in chemistry for an element that has formed a positive ion is called a cation.

As an element that forms a positive charge, it is essential for it to bond with an element that is able to make a negative charge. Negatively charged ions, called anions, are non-metals in nature. The combination of a cation and an anion into a compound creates an ionic bond.

Are Alkali Metals Soft or Hard?

Alkali metals are all very soft metals. This tends to surprise many people because metals are often thought to be hard, dense building materials. Alkali metals do not fit into that generalization, however. In fact, alkali metals are so soft that they can easily be cut with a butter knife.

Find a list of the melting and boiling points of each alkali metal in the table:

Alkali metals are interesting elements for many reasons mentioned in the prior section, but they can be very useful as well. Alkali metals are used every day for table salt and fertilizer. They are also useful for scientific research.

Discover some of the most notable uses of the alkali metals below:

Here is a summary of some of their most unique properties:

What are the characteristics of Group 1A elements?

Group 1A metals are known to be highly reactive metals when contacted with water. They all have 1 valence electron and are highly reactive. These are soft metals that are typically a dull grey in color.

Why are Group 1A called alkali metals?

The word "alkali" received its name from the Arabic word "al qali," meaning "from ashes", which since these elements react with water to form hydroxide ions, creating alkaline solutions. Alkaline solutions are known to be basic in pH.

What group is the alkali metals?

The alkali metals are found in the first vertical group on the periodic table. This group is known as Group 1, Group I, or Group IA.