Benjamin Sheldon, Darla Reed
Learn what an amyloplast is. Discover amyloplast functions and structure, examine types of starches, and identify how amyloplasts are formed from protoplastids. Updated: 03/04/2022

What Is an Amyloplast?

An amyloplast is a type of leucoplast that develops from a proplastid. It is located in plant cells. The amyloplast definition is an organelle that produces and stores starch within the cell. In this lesson we will discuss plastids, where an amyloplast is found, and what the amyloplast function is. 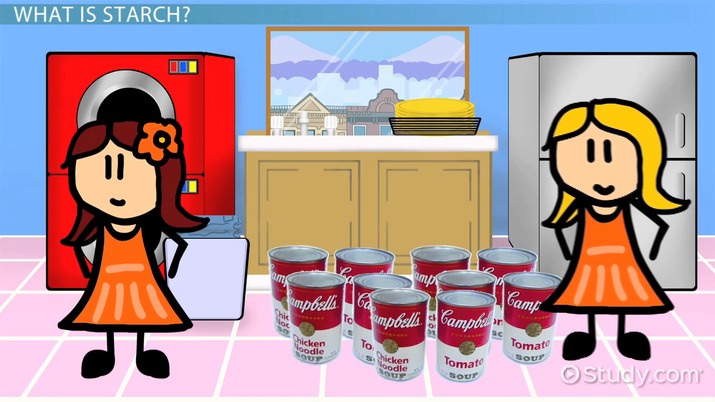 Try it now
Back
Coming up next: Balanced Chemical Equation for Photosynthesis

An amyloplast is a specific type of plastid. Plastids first come from what is called a proplastid. A proplastid is an organelle that has not matured into its final function. A proplastid can divide and become another proplastid, or it can mature into a specific functioning plastid. There are various types of plastids into which a proplastid can mature. A plastid is an organelle that synthesizes nutrients and/or stores nutrients. Plastids are found within the cytoplasm inside cells. They are very unique in that they have their own DNA and so do not need to rely on the DNA in the cell nucleus to receive directions and provide DNA to duplicate. They have a bilayer lipid membrane that surrounds them. Within this bilayer, they also have a colorless fluid called stroma. Plastids can be colorful, due to pigments in the organelle, or they can have no pigmentation.

Proplastids can develop into one of several different types of plastids. Chloroplasts have green pigment and are responsible for absorbing light and undergoing photosynthesis. Chromoplasts can have yellow, red, and/or orange pigment. They provide coloration to ripened fruit or flowers to attract animals to spread pollen or fruit. Gerontoplasts are degraded chloroplasts as plant cells die. They also have yellow, red, and/or orange pigments. The last type is leucoplasts, which are plastids that lack pigmentation or color, and store nutrients. Amyloplasts are leucoplasts. Chloroplasts and leucoplasts can transform into chromoplasts. Also, leucoplasts can transform into chloroplasts.

Some other leucoplasts that are similar to the amyloplast include etioplasts, elaioplasts, and proteinoplasts. Etioplasts are chloroplasts that have not yet obtained the green pigment of a mature chloroplast. They exist before significant light exposure, and as they are exposed to light, the chlorophyll develops, and this leucoplast becomes a chloroplast. The elaioplast is a synthesizer of fatty acids and is present in cells that become pollen. Lipids are stored inside the elaioplast in plastoglobuli, which are storage compartments for lipids. Proteinoplasts are in cells found in seeds, and as the name suggests, store protein.

Amyloplasts are located in plants. They are not ever located in animals or other organisms like bacteria, protists, or fungus. They are not located in all plant cells. Plant cells will contain amyloplasts in areas of the plant that have the purpose of storing complex sugars or starches. In parts like leaves, there typically will be fewer or no amyloplasts, as the space in the cell needs to be reserved for chloroplasts and storage of water for photosynthesis. Amyloplasts will be readily found in cells of the stem, roots, and only the middle layers of leaves. They also are found in the fruit and seeds of the plant. A plant part that is specifically designed to store starches is a tuber. A tuber is a structure similar to a stem that is situated underground. A potato is a tuber and has a lot of starch and a lot of amyloplasts to store all the starch.

A plant will produce more glucose through photosythesis than it needs to use at any given time. This extra glucose will need to be stored for future use. This is where amyloplasts are used. The amyloplast function in plant cells is to store this extra glucose in a more complex form of starch so that it can be used later when there is need for more glucose that is not currently being produced. Then there is the amyloplast function to convert the starch back into glucose.

Amyloplasts also help produce a type of starch with a unique usage called transitory starch. This starch is processed just temporarily to be broken right back down into glucose just hours later. This occurs typically in leaves and provides the glucose that is needed at night to fulfill the leaf cells' energy needs when no new glucose is being produced via photosynthesis.

Amyloplasts help produce and store the two different types of starch, amylose and amylopectin. Both types of starch are polysaccharides, which are multiple glucose molecules bound together into a longer, more complex molecular chain. As amylopectin is formed, it is structured into glucose branches. It is soluble in water. The majority of starch is made up of amylopectin molecules. As amylose is formed, it is structured into a continuous glucose chain. It is less soluble in water. There is less amylose in starch than amylopectin.

Amyloplasts also are theorized to help plants determine which directions are up and down. They aid the plant to direct growth of roots downward into the ground. The starch that is produced by an amyloplast is dense and forms into granules. The density of these granules causes them to settle downward. This settling of the granules, due to gravity, helps the plant sense which direction is down.

Amyloplasts store extra glucose in the form of starches. Starch can be formed in a branched form called amylopectin or in an unbranched chain called amylose. Amyloplasts also help produce transitory starch in leaves that can be broken back down into glucose for energy needs of leaves at night when there is no photosynthesis occurring.

What does the amyloplast do?

An amyloplast is an organelle that is only found in plants. It is used to produce, break down, and store starches.

What is the amyloplast made of?

The organelle is made up of its own bilayer membrane and its own DNA and has colorless fluid within it called stroma. The amyloplast makes and contains starch granules that it is storing for future usage.

Plant Stem Parts & Diagram | What is a Node on a Plant?

Nucleoid Region Function & Structure | What is a Nucleoid?

Epidermal Cells & Tissue in Plants | Function of Epidermis in Plants