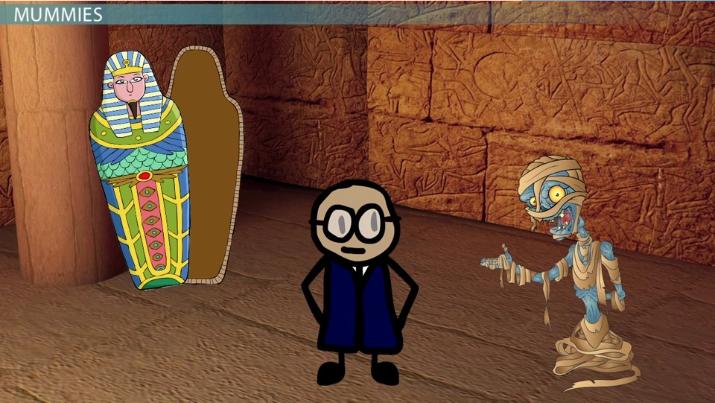 What are the ancient Egyptian beliefs, and what kind of religion did the ancient Egypt practice? Ancient Egyptians believed in and practiced a complex religious system that required daily rituals, sacrifices, and worship to their gods and goddesses. When a culture worships more than one god, the religion is called Polytheistic, or the belief in more than one god. The ancient Egyptians believed that living by the Seven Principles of Maat, one of their goddesses, meant they could please the gods daily to secure their place in the afterlife. Living by the principles of Maat meant following these seven guiding principles: Justice, Truth, Balance, Morality, Order, Righteousness, and Harmony.

There were thousands of deities, or gods, worshiped in ancient Egypt. The gods and goddesses controlled the natural world, such as the sky, the elements, the earth, and most importantly, the afterlife. Egyptians lives centered on their belief in the control and intervention of the gods in crop production, health, wealth, and happiness.

While historical evidence from Egyptian ruins proves the existence of thousands of gods and goddesses, some Egyptian deities played more significant roles in society than others. The most commonly known Egyptian deities were connected in family groups and had intricate myths associated with their existence, powers, and objects. For example, Horus, the god of the sky, was the son of Isis and Osiris. Isis (also known as Aset) was the goddess of fertility, motherhood, healing, and magic, and Osiris was the god of the underworld and resurrection. Horus was a significant god in ancient Egypt because they believed each Pharaoh became the earthly embodiment of Horus, so the people worshiped the Pharaoh as Horus.

Mummification is the most infamous ritual of ancient Egyptian culture. Mummification is a ritualistic embalming practice used to prepare one's body for the afterlife. The Egyptians believed that a person's soul needed to reunite with their body to live on in the afterlife, so mummification became the prominent ritual in their culture to ensure an afterlife for the dead.

Egyptian funerals were for the families of the dead, who would come to mourn the loss of their loved one. Families would view the coffin of the deceased and mourn together. A ritual called "opening of the mouth" was often performed at the funeral before burial to symbolize reawakening the deceased to see, breath, hear, eat, and drink again in preparation for their afterlife.

Another important ritual was the daily worship of gods and goddesses in the temples or places of worship. The temples were dedicated to each god and goddess, and the Egyptians believed the god or goddesses entity would dwell in the temple. Temples were sacred places that only priests could enter to make offerings. Each day priests performed rituals and made offerings of food, clothing, and drink to honor and please the gods. The surrounding farmers would bring a portion of the farming harvest to the temples as offerings to the deities. Every aspect of daily life in ancient Egypt centered on their beliefs in the power and intervention of the gods to ensure they would earn an afterlife.

Mummification was the first step in the burial process. The embalmers spent many days and paid great attention to details to ensure the bodies were correctly mummified. To be mummified was the only way believed to ensure life would continue in the afterlife for Egyptians. To begin the process, the embalmers would remove the soft tissue organs: the lungs, liver, intestines, and stomach, to slow down decomposition. Those organs were dried in natron and either placed in separate jars called Canopic jars or returned to the body wrapped in linens. Canopic jars have specific animal heads, each representing a god who protects a particular organ. The Egyptians would place the Canopic jars in the tombs with the mummified bodies to symbolize the protection of the internal organs for an ensured afterlife.

Then the body was packed and covered with natron and left to dehydrate for 40 days. After 40 days, the embalmers would wash the body with water from the sacred Nile river and treat the skin with oils to ensure longevity. The body would then be filled with dry materials like sawdust and lathered in fragrant oils before being wrapped in linens from head to toe. Once fully wrapped and ready for burial, protection amulets were placed on the bodies. Commonly found amulets in archeological discoveries include the amulet of Isis, called the Isis knot to protect the body, and the Plummet amulet for balance in the next life.

During the ceremonial wrapping of the body for mummification, a priest reads spells and places a scroll with written spells from the book of the Dead into the tied arms of the mummified remains. The spells are believed to protect the person and help them to crossover into the afterlife. Once the priest's rituals are complete, the mummy is wrapped in another layer of linens, and a burial shroud with a painting of Osiris, god of the underworld, is placed on the body. After another layer of linen is tied around the body, the mummified remains are finally ready to be placed into a coffin. In most cases, especially among royalty, the coffin is placed inside a more ornate coffin.

When a mummified person is laid to rest, many items are buried along with them. For example, the Canopic jars and their personal belongings, believed to be of use in their afterlife, would be buried too. Archeological excavations of Egyptian tombs have contained large amounts of gold, clothing, boats, and other items. Archeologists continue to find Egyptian antiquities throughout the desert even today.

Types of Tombs in Ancient Egypt

The deities were worshiped daily and considered influential to the people's daily lives. Architecture played an essential role in Egyptian culture to honor the deities through impressive temples, monuments, and tombs. These massive undertakings were constructed to create worship places and house the deities themselves. The pyramids are the most famous monuments of Ancient Egypt and were built as tombs for Pharaohs. Tombs were large to accommodate the belongings of the Pharaohs, so they were equipped with all their personal items and treasures for use in the afterlife. A little-known fact is that the original burial mounds were rectangular with flat tops. These mounds were called mastabas and were built using sun-baked mud bricks. The next phase of engineering innovation brought the step pyramid concept to their culture. The base of a step pyramid is a square, and then the steps are built towards the top to form an ever decreasing size as it slopes towards the sun. This version of the pyramid looks much like the pyramids still standing today in Egypt. There are hundreds of pyramids throughout Egypt, and most have additional structures built around them. Most pyramids have burial chambers located within and housed the remains of Pharaohs and important Egyptians in the past.

The Pyramids of Giza are the three largest pyramids and the best-preserved to this day. This pyramid complex is known as one of the seven wonders of the ancient world. The pyramid of Giza, also called the Great Pyramid, is an impressive 481-foot towering monument that was built as the tomb for the Pharaoh Khufu during the fourth dynasty in the 26th century BC. It is the world's largest standing pyramid today. The pyramid's base spans thirteen acres and took 20 years to build. The stones used to construct the Great pyramid are estimated to weigh 2.5 to 15 tons per stone.

This lesson highlights key concepts of ancient Egyptian culture. The ancient Egyptians followed a polytheistic belief system full of daily religious rituals, practices, and sacrifices. Mummification and burial practices were central to their belief in achieving the highest outcome of life, which was a happy afterlife. Egyptian monuments and temples provide modern society with insights into life in ancient Egypt. The Pyramids, many of which still stand today, are visited daily by tourists. The Pyramid of Giza is one of the most famous pyramids due to its impressive architectural design.

The burial practices of ancient Egyptians were complex. To prepare a body for burial and to preserve the body for the afterlife, the body was embalmed through the process of mummification. Mummification was a long process that required over a month to complete. Once a body was ready for burial a funeral was held for the family of the deceased. The funeral included rituals, spells, and good giving to ensure the dead had what they needed for the afterlife.

How did Egyptian bury their dead?

Ancient Egyptians were buried through the ritualistic process of mummification. Mummification is an ancient embalming practice to preserve the bodies of the deceased to ensure their lives would continue in the afterlife.

Why was religion so important in ancient Egypt?

In ancient Egypt, life did not end when someone passed away. Life on earth was the first step in securing an afterlife; therefore, religion played a vital role in the everyday lives of Egyptians by ensuring a continued life beyond this earth.

What was the most important belief in Egyptian religion?

The Egyptian Book of the Dead | Summary, Quotes & Analysis

The Epic of Gilgamesh

Hyksos History & People | Who Were the Hyksos?