Old Persian society flourished between the reign of Cyrus II (550-530 BCE) and the fall of the Sassanian Empire in 651 CE. The ancient territory of Persia is primarily in modern-day Iran, and the Persians settled in what is called Persis, giving them their name. The Persian Empire followed the defeat of the Assyrian Empire and inherited much of their culture, including cuneiform writing. Cuneiform was a system of writing that used wedge-shaped symbols carved into clay. 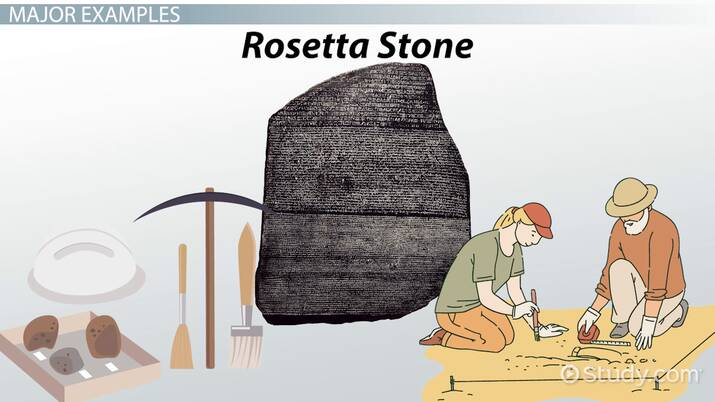 Coming up next: Daily Life in Ancient Persia

Cuneiform is the written language system that developed in Mesopotamia sometime between 3500-3000 BCE. All of the great Mesopotamian empires, including the Sumerians, Babylonians, and Assyrians, used cuneiform symbols until the invention of an alphabetic script around 100 BCE. The ancient Persians also used cuneiform, and the Old Persian cuneiform is believed to have been developed during the reign of Darius I (522-486 BCE). The oldest example of Old Persian cuneiform, the Behistun Inscription, dates to around 522 BCE.

Attempts to decipher Old Persian cuneiform first began in the early 17th century when a Spanish ambassador to Persia noted the text at the ancient capital of Persepolis. Other European travelers illustrated the texts, and they were first published in 1711. After a visit to Persepolis in 1764, German mathematician Carsten Niebuhr identified three types of alphabet within the cuneiform writing, and this is regarded as a turning point in deciphering the text. It was not until further investigation by another German, epigraphist Georg Friedrich Grotefend, that the cuneiform was fully deciphered in the 1820s and 1830s. His summary, published 1837, includes the following conclusions, along with many others:

Old Persian cuneiform is made of horizontal, vertical, and angled wedges. While these are similar to Mesopotamian cuneiform, they are slightly different due to the fact that Old Persian was first cut into hard stone rather than soft clay. Because of this, scholars believe that it may have developed independently from cuneiform. The script includes three vowels and twenty-two consonants. While Mesopotamian cuneiform was syllabic, Persian cuneiform was both alphabetic and syllabic. It also included logograms, which are singular symbols that represent a whole word or idea. For example, one symbol represents the word "king," one symbol means "country," and one symbol represents "god."

Examples of the Old Persian Script

Old Persian script, in cuneiform, can be found at sites across the former Persian Empire. One of the earliest examples dates from the reign of the first Persian king, Cyrus the Great, who ruled between 590 and 529 BCE. Cyrus founded the first Persian Empire and raised news of his victory over Babylon on a cylindrical clay tablet covered in cuneiform writing. Darius I, one of Cyrus's successors to the throne, continued the tradition of recording his history in what is known as the Behistun Inscription. Two notable archives were discovered at the Persian capital at Parsa, known to the Greeks as Persepolis. Persepolis, which is located today in modern Iran, was founded in 518 BCE by Darius I. There he built an elaborate palace and administrative buildings. The two archives of cuneiform tablets are the Fortification Tablets, and the Treasury Tablets. Both archives include records of taxes, payments of silver for workers, and stores of food for the city.

The Behistun Inscription is one of the oldest surviving examples of Persian writing. It is dated to around 522 BCE, which was during the reign of Darius I (522-486 BCE). The inscription is a relief carving in the cliffs of western modern-day Iran. The relief describes the victory of King Darius and his taking of the throne of the Achaemenid Empire in 522 BCE. It depicts Darius trampling the defeated king and nine prisoners of war bound with rope. The king looks upward to the Faravahar, a Persian symbol of divinity depicting a royal male figure seated on a winged disc. There are images of the king accompanied by text in three languages: Old Persian, Elamite, and Akkadian. The relief carving is monumental in size, measuring 82 feet long and 49 feet high. 18th century British army officer and scholar Sir Henry C. Rawlinson was the first to make copies of the inscriptions and decipher the Old Persian text. The carving is now a UNESCO World Heritage site.

In 1933, archaeologists from the University of Chicago Oriental Institute began investigations at the ancient Persian capital of Persepolis. Persepolis included the palaces of King Darius, Xerxes, and other Achaemenid kings. A series of clay tables covered in Persian cuneiform were discovered at the base of a fortification wall. They have since become known as the Fortification Tablets. They represent the single greatest archive of Persian cuneiform with between 25,000-30,000 tablets. The tablets date from around 500 BCE and mostly recorded mundane administrative records such as storage of food. However, they provide incredible insight into the everyday existence of ordinary citizens and kings alike.

Another smaller archive of clay tablets was excavated in Persepolis during a different excavation by the University of Chicago Oriental Institute. These tablets also date to around 500 BC, but there are far fewer of them - around 139. The subject matter of the Treasury Tablets is very different from the Fortification Tablets. They included records of transactions and payments of silver to local workers and artisans in exchange for rations of sheep, wine, and other foodstuffs. The records contribute to the economic history of the empire and introduction of coined money.

Old Persian writing is based on earlier writing in Mesopotamian cuneiform. The ancient Achaemenid Empire was based in Persia and used Old Persian writing. Persian cuneiform was a combination of an alphabetic and syllabic writing system, which distinguished it from Mesopotamian cuneiform which was only syllabic. It also incorporated logograms, shorthand writing for repeated words like king, god, or country. One of the oldest examples of Old Persian script is the Behistun Inscription from around 522 BCE, which was during the reign of Darius I. Tens of thousands of clay tablets covered in ancient Persian cuneiform writing were discovered at the capital city Persepolis. The two archives of tablets from Persepolis are known as the Fortification Tablets and Treasury Tablets. Ancient Persian writing was developed primarily during the reign of Darius I, who was also known as Darius the Great. The ancient culture of Persia flourished in what is modern-day Iran where they speak Farsi, a descendant language of ancient Persia.

What was the official script of the Persian Empire?

What was the writing system of ancient Persia?

The writing system of ancient Persia was both alphabetic and syllabic. The alphabet consisted of 40 consonants and 3 vowels written in vertical, horizontal, and diagonal slashes.