Aristotle was an ancient Greek philosopher who was born in 384 BCE and died in 322 BCE. He studied philosophy under Plato in Athens, and he was the teacher of Alexander the Great. What did Aristotle do? Aristotle contributed to virtually every known field and discipline, including systematizing formal logic. His works encompassed mathematics, metaphysics, biology, medicine, theater, ethics, and politics. His contributions to the various disciplines were long-lasting, and he is considered one of the most influential thinkers of all time. Among his major contributions to Western thought is his political philosophy. What was Aristotle's philosophy? Aristotle's core idea in political philosophy is that government exists for the sake of fostering eudaimonia, or 'a good life,' of its citizens, which involves cultivating virtue. Virtues are acquired character traits that express one's reason and should be admired. 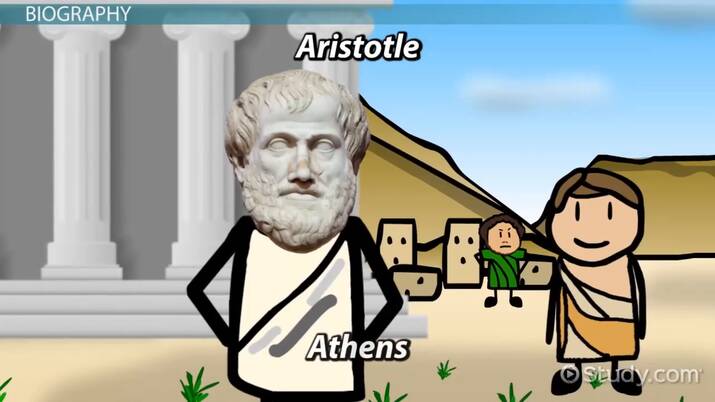 What Was Aristotle's Political Philosophy?

Aristotle's political theory is prominently featured in his work, Politics. His work examines the ideas of good government, action, and leadership; and it is closely tied to Aristotle's primary work on ethics, Nicomachean Ethics. The two works are tied together because a good government will foster happiness and virtue in its citizens; while citizens expressing their virtues will contribute to a good government. For Aristotle, politics includes the legislative activity of a politician as well as persuasive speaking. Aristotle's government was not simply directed to public defense, acquiring wealth, or refereeing disputes. Good government consists of the institutions that allow citizens to most fully develop and express their rational capacities.

However, Aristotle thought different people had different degrees of rational powers. For instance, women were only rational to the extent that they were capable of obeying rational commands; he did not think women were capable of setting rational ends by themselves. Similarly, Aristotle thought there were people who were natural slaves, meaning they were not (at least by adulthood) capable of acting rationally by their own powers. Aristotle used a theory of reason to justify patriarchy and slavery, even though his notion of slavery was not tied to 'race.'

The mark of a genuine government is that the reason and the rights of the ruled are respected by the ruler(s). Corrupted governments, by contrast, seek to dominate the ruled. Aristotle argued that the appropriate form of government depends on the people; and a good legislator would not attempt to apply a form of government to a people who aren't suited for it.

The Legacy of Aristotle's Political Philosophy

Why is Aristotle important? Aristotle is important because he essentially founded political science. He not only established a basic taxonomy of forms of government, he applied and explained his taxonomy with empirical examples. Further, his arguments in favor of certain institutions as well as government in general remain influential to this day.

One of the more infamous influences that Aristotle has had is the justification of slavery and patriarchy. By claiming that hierarchical relationships are justified by virtue of differences rational capacity, he helped to set the stage for longstanding institutions of domination and dehumanization. Nevertheless, one can still maintain that Aristotle influences many thinkers today in the general project of attempting to discover the rationality inherent in whatever system of government exists.

Aristotle was an ancient Greek philosopher who lived much of his life in Athens. He contributed to virtually every academic discipline, and can be considered the founder of political science. Aristotle claimed that politics is the study the laws of a city, the action its citizens undertake, and leadership. On Aristotle's account, the purpose of government is to foster the good life for its citizens, which includes cultivating the virtues, e.g., courage and temperance. The good life, or eudaimonia, is complete and rational for humans. A virtue is a character trait that involves choice (habituation) and expresses one's rationality. Aristotle examined the connection of eudaimonia and virtue in his Nicomachean Ethics. Ethics is a system of morality; and for Aristotle, that meant performing the human telos (purpose) well. To offer a metaphor, the telos of a knife is to cut, and a good knife cuts well. The telos of a human is to use reason, and being a good human means reasoning well.

What was Aristotle's contribution to the government?

Aristotle contributed to the theory of government by detailing many of the possible forms of political community and how they relate to the overall purpose of government. Moreover, he offered influential arguments about what institutions are justified and to what extent.

What did Aristotle call politics?

Aristotle used the term politics to refer to the study of the proper organization and purpose of the city-state. As a study, it covered both the forms of political community as well as the overall purpose and features of all city-states.

What type of government did Aristotle believe in?

What is the main idea of Aristotle's politics?

The main idea of Aristotle's politics is that government exists to promote and foster virtue in a way that leads to the good life of its citizens. Virtuous citizens are prepared to live together under common laws and contribute to their community.

The Role of Organizations in Human Right Protection