What is Probable Cause?

Probable cause is a Fourth Amendment requirement considered and met by the police whenever they search, make an arrest, or even get a warrant. A judge will look to determine probable cause in the event of a reasonable basis for deciding a crime was committed for an arrest to be made. It may also determine the validity of issuing a search warrant. Although probable cause has historically been applied to the seizure of physical property, the digital age has also brought issues with online attacks and searches.

Reasonable person standard is an objective that determines whether a person who exercises some action or approaches any situation with some degree of caution would be justified to behave the same way if they were aware beforehand. This test is used to determine negligence.

The reasonable person standard determines whether there is probable cause in any situation. 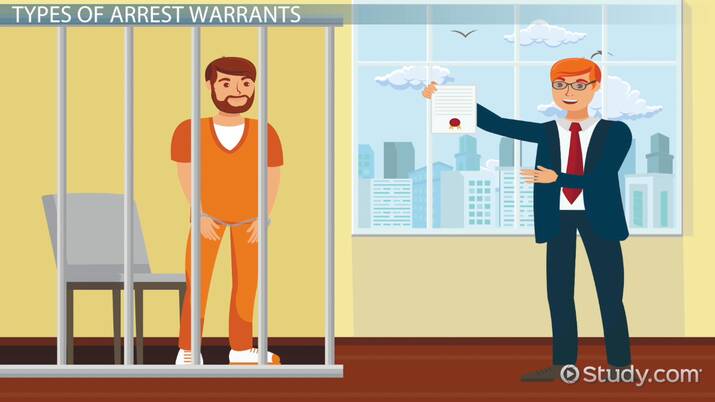 What is an Arrest Warrant?

It is crucial to understand what a warrant means. An arrest warrant is defined as a document that a judge or magistrate issues, which gives the police the authority to take an accused person into custody. Once a competent authority can show probable cause, the warrant is granted.

According to the Fourth Amendment, a warrant of arrest means people are protected from unnecessary or unlawful arrests. The warrant also serves as a notice to the person being arrested concerning the arrest and their charges.

A search warrant or arrest warrant is justifiable once a judge or magistrate finds probable cause based on the totality of circumstances. By law, an arrest warrant does not expire once issued. A law enforcement officer can execute it whenever they meet the suspect.

What are The Two Basic Types of Arrests?

There are two basic types of arrest; arrest with warrant and arrest without a warrant which will be discussed in this section.

Arrest Without a Warrant

Also known as a warrantless arrest, an arrest without a warrant refers to when the police arrest a person before a judge has had the time to determine probable cause for arrest. The Fourth Amendment has a probable cause requirement, effective even in a warrantless arrest. The police have a duty to convince a judge of the cause to arrest for the suspect to remain in custody longer.

The expectation of privacy test, which resulted from Katz v. the United States, is a significant part of the need for probable cause, protecting people from warrantless arrests or searches of property. People and their property have a subjective expectation of privacy. The reasonable test determines whether any government action is against privacy expectations.

In the 1978 Rakas v. Illinois case, the Supreme Court asserted that the expectation of privacy needs to have an outside source other than the Fourth Amendment regarding the concept of personal property and how society perceives it. For instance, the Fourth Amendment protects private homes, representing ownership interest according to property law.

There is an exclusionary rule to the Reasonable Expectation of Privacy Test. The federal Fourth Amendment protection does not cover government intrusion and collection of information from open fields, as these are not deemed reasonable. Some states, however, feel that people also deserve privacy in open areas.

There are different types of warrants. Some of the arrest warrant examples include;

A criminal warrant is a document a judge or magistrate issues to authorize a law enforcement officer to take some action concerning a criminal case. For instance, criminal warrants allow a police or law enforcement officer to arrest a suspect accused of a crime, such as a robbery. The warrant also entitles a search of the accused's property. These warrants are issued before the person/suspect is informed they are accused or after being arraigned in court.

A different type of warrant is the bench warrant a judge may authorize in criminal cases. This warrant is issued when a suspect or accused person needs to be taken into custody for disobeying the court. An example is when an individual ignores a court hearing after being arraigned. A judge then issues a bench warrant to take them into custody and take them to the judge.

As opposed to criminal warrants, which are issued from and on behalf of the state, a civil warrant is presented on behalf of a person who submits a civil summon. While these warrants are given to the defendant, they do not authorize an arrest, and they are presented to one party against another, mostly in monetary judgment cases. There are various types of civil warrants that a person can give another.

One such example is a warrant in debt; a civil summons an individual will file against another to establish a court date for a case related to monetary disputes. This warrant does not authorize an arrest; it just solves these financial issues or matters related to such

An arrest warrant is a legal document a judge issues to authorize a law enforcement officer to perform an arrest on a suspect. According to the Fourth Amendment, the law requires an arrest warrant backed by probable cause. Probable cause is the legal standard that mandates some circumstances need to be present for police to arrest a person or search their premises. An officer needs to reasonably believe that the incident's circumstances constitute a possible crime, hence needing an arrest. There are different types of warrants, most of which require probable cause, except a civil and a bench warrant. A sitting judge has the authority to issue this without cause since the defendant disobeyed the court. The expectation of privacy standard in the Fourth Amendment stipulates the amount of privacy a private citizen reasonably expects, especially when in their home. Therefore, home arrests require an officer to have a warrant issued.

Nevertheless, not all arrests stipulate the need for a warrant. There are exceptions to the warrant rule. While an officer may face no consequences if they enter a home without a warrant, the evidence they get in this incident will not be admissible in court.

A warrant is a legal document issued by a judge to a law enforcement officer. The document authorizes the officer to make an arrest.

What is the difference between arrest with and without a warrant?

An arrest with a warrant is one performed after a judge authorizes it. A warrantless arrest is one where an officer performs without getting a judge's authorization.

How long does an arrest warrant last?

A warrant never expires once it has been issued. A law enforcement officer is legally allowed to make the arrest whenever they encounter the suspect.

Police Procedure for Arrest Process & Steps | What Happens After Arrest?

Warrant Overview, Types & Examples | What is a Warrant?