What are the basic Geometric Shapes?

Geometric shapes are closed forms or figures that have lines, angles, and surfaces. Shapes are used throughout life on signs, in art, and in nature. We are familiar with a circular flower, a triangular warning sign, the pyramids, and cubic dice, just to name a few. The root poly means "many," and the root gon means "sides," so a polygon is literally a shape with at least three sides. Two-dimensional (2D) shapes are flat. They have length and width, such as a circle, square, triangle, or rectangle. Three-dimensional (3D) shapes have length, width, and height. These include spheres, circular cylinders, cubes, and rectangular prisms. 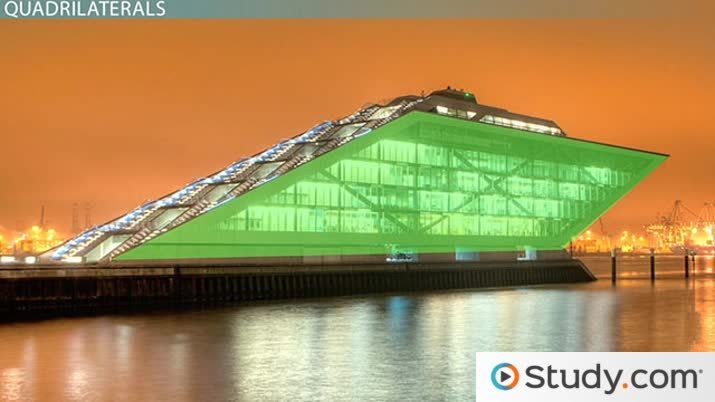 Basic geometric shapes can be seen throughout life. They occur in nature and are recognized around the world. They form the basis of geometry, architecture, and art. Polygons can be as simple as three lines forming a triangle, four lines forming a quadrilateral, or eight lines forming an octagon. They can also be more complex, having hundreds of sides!

A circle has one curved line. All points on the line are an equal distance from the center. While a circle is a geometric shape, it is not considered a polygon due to it not having multiple sides.

A square has four equal sides and four right angles (angles that measure 90 degrees). They are one type of quadrilateral (a shape with four sides), and they are also a type of rectangle.

A rectangle has two sets of equal sides and four right angles. Thus all squares are rectangles, but not all rectangles are squares. Because it has four sides, a rectangle is another type of quadrilateral.

A rhombus has four equal sides, but it is not required to have right angles. Therefore, all squares are rhombuses, but not all rhombuses are squares. A rhombus is another common quadrilateral, and because it has two sets of parallel sides, it is also a parallelogram. Some people call this shape a diamond, but that is not a mathematical term.

A trapezoid has exactly two parallel sides that have different lengths. They are also considered quadrilaterals.

Polygons can have more than just three or four sides, of course. This is where knowing root words can help in understanding how many sides each figure has.

The non-mathematical term for a sphere is a ball. A sphere is round and has three dimensions. Spheres are extremely common in nature, including eyeballs, the round portion of a ball-and-socket joint, and many items throughout the universe.

A cube is made from six squares. Many common items are cubes, including dice, Rubik's cubes, and some ice cubes.

A cylinder has two ends that are circles and the height is built by curving a rectangle. Common places to find cylinders are cans, cups, and tree trunks.

A prism is similar to a cylinder in that it has two end pieces that are the same shape, but that shape can be any polygon except a circle. There are triangular prisms, rectangular prisms, pentagonal prisms, and many more. These have the two ends of the same polygon and have added height to make them 3D.

A pyramid can have any polygon as a base, but instead of the same shape on top, it rises to a point. The sides are all in the shape of triangles.

Geometry is the branch of mathematics that deal with points, lines, and shapes. Geometric shapes are closed figures that can be measured in either two or three dimensions. If a shape is flat and can be measured just using length and width, it is considered two-dimensional. If it additionally has height, then it becomes three-dimensional.

Common shapes include a circle, or three-dimensional sphere. A polygon is a many-sided shape. Polygons include triangles, quadrilaterals (shapes with four sides), and multi-sided polygons. Geometric shapes are found in nature, art, and in every culture around the world.

What are the basic geometric shapes in art?

In art, lines are used to create an enclosed area. In paintings and photography these are 2D and in many sculptures they are created in 3D. The basic geometric shapes are much the same as in math: circle, square, triangular pyramid, etc.

What are basic shapes in mathematics?

Basic shapes are areas closed in by one or more lines. They can be measured in length and width (2D shapes) or length, width, and height (3D shapes).

What is a Vertex in Math? - Example & Symbol

Area in Math Formulas & Calculation | How to Calculate Area

What is a Line Plot? | Line Plot Examples & Creation

Layers of the Earth: Lesson for Kids

Multiplying Whole Numbers With & Without Regrouping: Lesson for Kids

Subtraction Concept & Examples | What is a Minus Sign in Math?