What Is Brand Repositioning?

Most people can recall a brand or product that made a drastic change in the way the brand was presented, marketed, or promoted. The brand might have also changed the customer base or the socio-economic status of its product. When this happens, it's due to the company repositioning its brand in the market.

Brand repositioning is when a company changes the status of its brand in the marketplace. This generally occurs because the brand has lost customers or is no longer financially sound. It can also happen if the company feels like it can reposition its brand to attract a higher socio-economic consumer base.

Once a company makes the decision to reposition its brand, it needs to understand the parts of the marketing mix that will be essential to the reposition. Those parts are:

Importance of Brand Repositioning in Marketing

There are many reasons why a brand might need to be repositioned, and in a fast-paced world of trends, it's more important than ever. The following are some examples of reasons that impact repositioning decisions: 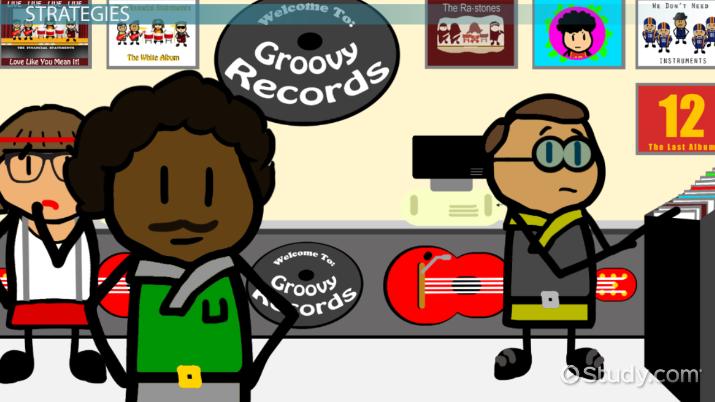 There are three general strategies for repositioning a brand that will help a company determine how it is going to change how the brand is viewed. Once a company decides on a strategy to reposition a brand, it needs to make a commitment of resources and time to ensure it's done right and is successful.

Consumer engagement is all about making sure the reposition is something that the consumers want and will embrace. This strategy involves heavy use of consumer focus groups and surveys. When a consumer fills out a survey about a brand, they are contributing data that could be used to reposition the brand. It also involves understanding the brand's consumer base and anticipating what they want.

An example of a brand that repositioned itself using consumer engagement was Spotify. Spotify originally got most of its revenue from advertising, but consumers wanted a more curated and personal experience and got tired of dealing with ads. So Spotify moved to a subscription service that removed adds and added customizable features to its music curation based on customer feedback.

There are many facets to a brand's identity. Whether its associations are based on money, consumer base, or the health of the environment, a shift might be required if one of the facets isn't working anymore. This strategy often comes with an altering or changing of the brand slogan and/or logo.

Taco Bell is a great example of a brand that used this strategy to reposition itself. Taco Bell was once associated with cheap Mexican food that was edible and wouldn't cost a lot to eat. Their slogan was Yo Quiero Taco Bell, which means I want Taco Bell. When the brand started losing consumers they repositioned to a new identity by appealing to a young and progressive consumer base by making Taco Bell appear like more than just a fast food place. They even changed their slogan to Live Mas, which means live more.

Some brands like Toms (shoes) and Bombas (socks) began as brands that gave a free product to the needy when a customer bought a pair of shoes or socks. Other brands don't have that kind of a reputation. The spirit of giving becomes a form of repositioning when a company shifts from being a brand that is either neutral or negatively associated with the community to one that is giving and involved. This strategy can work well if it is done in a sincere way.

Exxon-Mobile is an example of a company whose repositioning hasn't worked out as intended. It attempted to appeal to progressive and environmentally- friendly consumers by promoting the work it was doing to reduce fossil fuel use. But since the main product it sells is fossil fuels, the shift doesn't seem sincere.

For most people, the two words complete and overhaul is never a good thing to hear. A complete overhaul means starting from scratch. It means the same thing with regards to repositioning a brand and it can be just as scary. When a brand gets a complete overhaul it changes everything to the point that the brand looks almost nothing like the original brand. So why would a company want a complete overhaul of a brand? The reasons can range from a new company acquiring a brand to the product lines no longer being needed.

One of the best examples of a complete overhaul is Abercrombie and Fitch. If you ask the average person what the company sells, they will likely tell you that it sells expensive adolescent clothing. This is true now, but that wasn't what the Abercrombie and Fitch brand originally sold. It began as an outdoor brand that sold camping equipment, fishing equipment, and expensive shotguns. Some of its logos still show the original moose that was associated with the outdoor branding of the past.

JCPenney is an example of this failure. It tried to transition from selling higher-priced clothing with lots of sales and coupons to selling lower-priced clothing without all the sales. Frontline employees were not on board and the company invested little in the reposition. The move was unsuccessful and JCPenney had to close many of its stores.

Brand repositioning is the process where a company changes the status of a brand in the market. The process of repositioning a brand takes a few different forms and can be done in a few different ways. The four main considerations for brand repositioning are price, place, product, and promotion. There are some primary reasons why a company would want to reposition a brand. These include decreasing profits, a decreasing consumer base, inconsistent messaging, not connecting with a younger group, and having negative associations.

The following Essay Prompt is designed to help you apply your knowledge of (1) Brand Repositioning Strategies and (2) their successful implementation.

You are the Chief Brand Officer (CBO) of Big Fossil Fuels Co., a company that specializes in the extraction of crude oil and natural gas. The rise in environmental activism regarding the extraction of fossil fuels has been increasingly impacting Big Fossil Fuels' operations. Last quarter, thousands of activists protested in front of the head office because Big Fossil Fuels refused to clean up an oil spill that, according to the President, was "not our problem but rather our machinery supplier's." The company faced further black lash last week when the federal government cited that "Big Fossil Fuels has a track record of one of the least environmentally responsible companies in the world." Since then, the stock price has plummeted since pension funds refused to hold their stock.

You are called into an emergency meeting by the President. "I need you to develop a strategy for Brand Repositioning. We cannot afford this scandal to damage our brand any longer, so I am counting on you. Please also give me some suggestions on how we can maximize our chances of making the Brand Repositioning strategy successful."

What is brand repositioning with examples?

Brand repositioning is when a company changes the status of a brand in the marketplace. An example of a brand reposition is when Gucci changed its clothing image and designs to gear its styles to younger generations and Instagrammers.

Why is brand repositioning needed?

Brand repositioning is when a company changes the status of its brand because of certain reasons that are affecting its success. Some of the reasons could be a loss of profits, a diminishing consumer base, not connecting with younger consumers, or overcoming a bad image.

What is brand repositioning strategy?

A brand repositioning strategy is when a company uses a certain strategy to try to reposition a brand. These strategies include performing a complete brand overhaul, making a significant investment, or devising a new marketing strategy.

What Is Brand Loyalty in Marketing? - Definition & Examples

The Importance of Scheduling for Sales Professionals

How Marketers Use Learning & Memory Theories