The cerebrum is the largest part of the mammalian brain, and it contains two hemispheres. Furthermore, the cerebrum contains four cerebral lobes that are important for functions of sensory perception, controlling voluntary movement, and higher cognitive functions.

The cerebrum is one part of the mammalian brain, which includes other components such as the brainstem and the cerebellum. The cerebellum is also critical in our ability to move and speak. Thus, this structure has key roles in coordinating our movements and posture, coordination, balance, and speech production.

The cerebrum is located on the most anterior part of the mammalian brain, above the midbrain structures of the thalamus and hypothalamus. Thus, it is also known as the cerebral cortex. 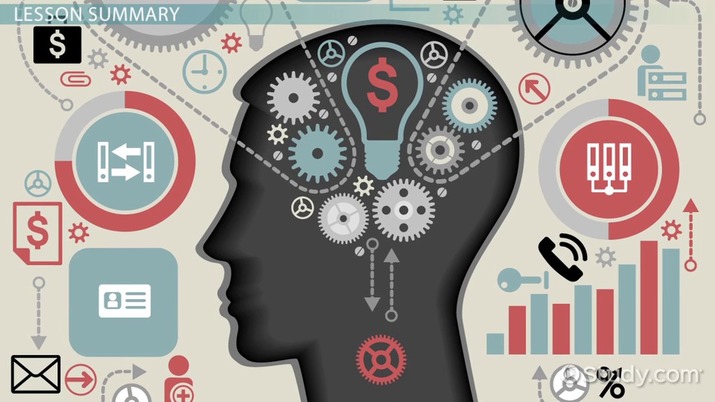 Coming up next: What is the Medulla? - Definition, Function & Location

The cerebrum consists of two types of tissue, grey and white matter. Grey matter is composed of neural fibers and cells that are not myelinated, and it covers the surface of the cerebral cortex. Due to the high density of neurons, grey matter is associated with cognition and processing. White matter corresponds to the rest of the matter of the cerebrum, and it is mostly seen in deeper parts of the cortex. It consists of myelinated neurons and glial cells, and myelin appears as a lighter shade, thus being 'white' matter.

The external structure of the cerebrum is quite distinct and noticeable. It corresponds to a wrinkly appearance, containing grooves and depressions known as sulci (sulcus, plural) and ridges or elevations known as gyri (gyrus, singular). The presence of sulci and gyri increases the surface area of the cerebral cortex. The larger gyri are known as fissures, and they divide the main areas and lobes in the cerebrum. The two hemispheres are connected by bundles of white matter known as the corpus callosum.

Some notable sulci and gyri include:

The cerebral cortex, or cerebrum, has four lobes.

They perform specific functions throughout the brain, such as sensory processing, voluntary movement, and learning. The cerebral cortex differentiates humans from other primates and animals, and it is not about size but the level of complexity and the number of sulci and gyri present.

The cerebrum has several important functions: sensory processing, olfaction, language, communication, and learning and memory. Other functions include our ability to move around and understand who we are voluntarily.

Sensory processing takes place in several areas within the cerebrum. The most posterior lobe, the occipital lobe, is primarily associated with processing visual stimuli. The temporal lobe contains the main auditory processing area. Furthermore, the main somatosensory area lies in the parietal lobe and the primary motor area in the frontal lobe. The specialized lobes contain specific cells that process sensory stimuli and relay the information back to the frontal lobe, where we perceive the senses. Sensory processing is significant in helping us understand where we are and what our surroundings look like, thus contributing greatly to our ability to survive.

The temporal lobe is vital for language processing and communication. This is because the main language centers are located in this part of the cerebrum. Broca's Area is the part that corresponds to our ability to produce speech, and Wernicke's Area is the part that aids in understanding speech. Together, the two areas are important in language acquisition and production. Furthermore, our auditory cortex is located in the temporal lobe close to the language centers, which pertains to our ability to hear and speak. The parietal lobe also plays an important role in understanding symbols in language and how we ascertain meaning to the symbols we use.

Leaning and memory are two other main functions of the deeper structures in the cerebrum. The limbic system is primarily associated with learning and memory due to the deeper structure known as the hippocampus. When we learn something, the hippocampus works with the other deeper structures and the prefrontal cortex, the anterior part of the frontal lobe. Short and long-term memory are processed in the prefrontal cortex and hippocampus, respectively, and both types of memory are crucial in learning. This is because learning corresponds to remembering important information and storing it in our long-term memory storage for future use.

The cerebrum, also known as the cerebral cortex, is the largest and the most anterior part of the mammalian brain. It lies above the other main structures of the brain, including the cerebellum, which is important for posture and coordination. The cerebrum is divided into two hemispheres by the medial longitudinal fissure, and there are four main lobes: the frontal, parietal, temporal, and occipital lobes. In addition, the cerebrum structure contains grey matter, corresponding to nerve bundles and unmyelinated neurons, and white matter, which are glial cells and myelinated neurons. Externally, the cerebrum contains grooves known as sulci and ridges known as gyri, which increase the brain's surface area. Fissures are larger gyri that divide certain lobes in the brain, and the two hemispheres are connected by a bundle of white matter known as the corpus callosum.

The cerebrum has several known functions. Firstly, the right and left hemispheres control the contralateral sides of the body. The right hemisphere is more associated with creativity, whereas the left is associated with language. Other functions include sensory processing, whereby key areas within the cerebrum contain the primary sensory areas. For example, the primary visual area is contained within the occipital lobe, the primary auditory cortex in the temporal lobe, the motor cortex in the frontal, and the primary somatosensory cortex in the parietal lobe. Olfaction is another key sense pertaining to our olfactory system, where the bulk of the processing occurs in the temporal lobe. Language and communication are also central processing parts of the temporal lobe due to the presence of two key structures known as Broca's Area and Wernicke's Area, corresponding to our ability to produce and understand language, respectively. The parietal lobe also contains important structures that aid in our ability to understand symbols in language. Learning and memory are also important functions of the temporal lobe due to the presence of deeper brain structures such as the hippocampus, which is part of the limbic system. The hippocampus works with the prefrontal cortex, the anterior part of the frontal lobe, to learn information and store it in long-term memory for future use.

What are the 4 functions of the cerebellum?

What is the cerebrum?

The cerebrum is the largest and most anterior part of the mammalian bran and it is divided into two hemispheres. It is further divided into the four lobes of the cerebral cortex.

Where is the cerebrum?

The cerebrum is located on the top of the mammalian brain, covering midbrain structures like the thalamus, and anterior to the brain stem and cerebellum.

Structure of the Eyeball | What are Eyes Made Of?