Lilly Evie, Shawn Grimsley
Learn all about conservatism. Understand what a conservative is, learn what conservatives stand for and their history, and see the most common conservative views. Updated: 04/12/2022

What is a Conservative?

Who are conservatives? Conservatives are individual who believes in the political doctrine of conservatism. This group of people aligns with traditional institutions and social, political, and economic preservation practices. Conservatism favors the gradual evolution of institutions and practices. Being a conservative means there is the common belief that the government is responsible for preserving traditions, in their position as the people's servant, instead of the master. Conservatives, therefore, oppose the politics of deliberate changing of the politics and functioning of society by the government.

The main characteristics of a conservative include;

A political spectrum is used to characterize and group the various political ideologies. For example, compared to liberals, conservatives are right-wing activists, while liberals are associated with left-wing ideologies and economics. 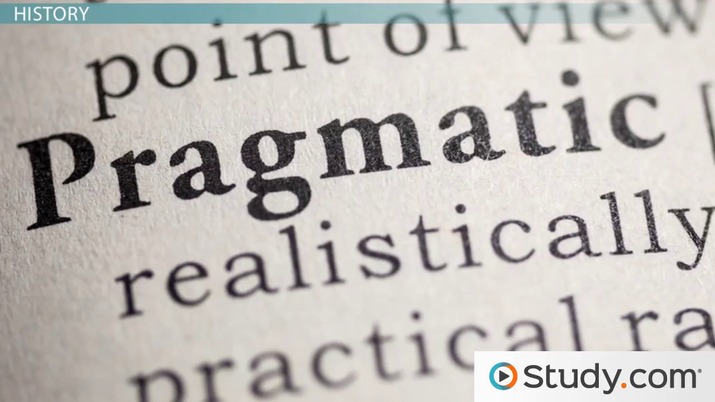 Coming up next: Communism vs. Socialism: Similarities & Differences

In Western Culture, conservative politics and ideology believe in the social and political philosophy of preserving an array of institutions that have historically been huge in society. These institutions include organized religion, property rights, and a parliamentary government. As a result, conservative ideologists are often extremely opposed to progressive ideas and look to return to traditional values.

There are some assumptions that conservatives make to perpetuate their agenda.

Social conservatives are furthermore concerned about multiple social issues. In most cases, they oppose almost all the social problems that arise as society progresses. This means they are against issues like abortion rights, feminism, pornography, same-sex marriages, and transgender rights. They stand for traditional family values and encourage abstinence-only sex education.

What do Conservatives Stand For

Political views: The right-wing activists, generally referred to as anti-federalists, advocate for smaller governments, reduced regulations, and the creation of free markets. These free markets are to be run by the private sector. They also interpret the constitution in the most literal manner.

Economic views: This conservative view believes the government should reduce the level of taxes by cutting down on their spending. Reducing the spending levels will help balance the budget. The high-income earners need to get credit to incentivize their spending habits. Charity should be left to the general population.

Social views: These conservatives oppose all forms of progressive social issues, such as abortion rights, same-sex marriage, general rights of the LGBTQIA+ community, and embryonic stem cell research. On the other hand, they believe that all people hold the right to bear arms under the Second Amendment of the U.S. constitution, hence heavily anti-gun control initiatives. They also believe in the death penalty and the personal accountability of every individual.

Personal responsibility: Conservatives believe that individuals need to have personal responsibility, and the government should be active in holding everyone responsible for their actions, often with harsh penalties, such as the death sentence. The laws should reflect a moral society as a whole, and this is only achievable by weeding out the "problematic cases."

Religious views: The majority of the conservative movement comprises people of faith. The highest religious sects are Christians, Evangelicals, and Catholics, who abide by all that conservatism perpetuates, such as anti-abortion, anti-gay rights, and preservation of traditional values.

While conservatism has been linked to ancient philosophers such as Aristotle and Cicero, modern conservatism was associated with Edmund Burke. Following the French Revolution of 1790, Burke believed that the revolution would lead to dictatorship, mainly because there was widespread rejection of the traditional values. For example, Burke theorized that inheritance was not just about property rights but morals, language, and culture. On the other hand, Enlightenment philosophers such as Thomas Hobbes, who believed in a social contract among humans, antagonized Burke. Moreover, he felt that improvement through political change was only workable if it was evolutionary.

The 19th Century largely shunned conservative politics, mainly due to the Enlightenment era, which was for the idea of progress by discarding the existing institutions. Additionally, the French Revolution was largely pro-enlightenment, and the industrial revolution also supported advancements, especially in science. The 20th Century further saw a collapse of the conservative ideas in Central and Eastern Europe, especially after the victory of the Allies in World War 1. The recovery only came after the Second World War and only in Western Europe.

In the first few years of the 21st Century, conservatism was primarily divided, despite having defeated its biggest nemesis, the Soviet communism. The division was because they had been held together by their common enemy, anticommunism. Europe, for instance, was divided over the sharing of a common currency, which came to pass in 2002.

Conservatism in the U.S.

Classical liberalism was a political ideology formulated by John Locke. This ideology advocated for the protection of the individual and civil liberties of the people and a laissez-faire economic idea that would limit the role of the central government. This term was first developed at the turn of the 19th Century to represent the Founding Fathers' ideas.

The United States was inherently assumed to be a liberal country, but that changed in 1933 in the wake of the New Deal. This Deal was an economic reform program by President Franklin D. Roosevelt to propel the country out of the Great Depression. As a result, the Federal government's involvement in the economy heightened through the regulation of private businesses and the increase of taxes on companies. The Republican party, which is hugely conservative, opposed the then-Democratic government, with support from these companies and the wealthy elite in society.

After the second world war, the United States expanded its social services, and government regulation proceeded. However, in the 1970s, the reliance on social welfare began to slack, just as the East Asian nations gained economic prosperity. In response, a new group of American conservatives, known as neoconservatives, argued that government intervention in the economy and the high taxes affected the country's performance. Some of the greatest names in neoconservatives included Presidents Ronald Reagan and George W. Bush. Since then, a constant tussle between Republicans (neoconservatives) and the Democrats (liberals) has existed depending on who is in power. Some of the conflicting issues between these two ideologies include gay and abortion rights and foreign policy, such as the rampant military force the country uses on other countries, such as Iran.

Conservatism is the political doctrine that believes in and supports preserving traditional values, institutions, and practices. Modern conservatism can be traced back to British Philosopher Edmund Burke, following the French Revolution in 1790. While Burke suggested that the government or state was a servant of the people responsible for conserving these societal values, the American conservatism deeply distrusted the government and sought to protect individual civil rights. These conservatives labeled their ideology as classical liberalism, inspired by the Founding Fathers. While Burke's ideas are not the common ideology today, some of the original values still stand, such as the fundamental need to preserve traditional values and institutions, especially to counter the liberal ideas. The United States is especially keen on this with its never-ending battle on abortion and gay rights. Other segments of conservatism today include foreign policies, such as military interference.

What are conservative political beliefs?

Conservative political beliefs are ideologies that promote the preservation of traditional values and institutions. These politics are against progressive ideas and look to maintain permanence in ideas and practices.

Conservatism is the preference for inherited values and ideas instead of creating new, abstract theories. Conservatisms prefer the old and tried methods instead of abstract, untried ideas.

Fascism History, Characteristics & Examples | What is a Fascist Government?

Reflections on the Revolution in France: Summary & Analysis

Marxist Theory Summary & Criticism| What is a Marxist View?