Steven Aiken, Christopher Muscato
Learn about contrast in graphic design, interior design, and other art. See examples of this in the principles of design in all of its many forms and styles. Updated: 01/21/2022

Contrast is one of the fundamental principles of art. It is the pairing of elements that are opposite from one another. Without contrast, everything in a work of art would be the same, such as a fully white canvas. Contrast draws the eye from place to place and allows artists to create focal points, or areas of high visual interest. In this way, contrast ties in heavily with composition. Contrast's art definition is relevant in every kind of art, from traditional art and graphic design to interior design. 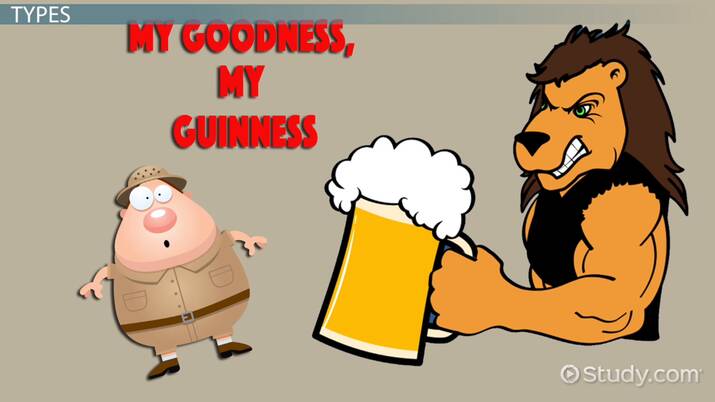 Coming up next: Hierarchy as a Principle of Design

The Contrast Principle of Design

Art would be significantly less appealing without this one of the many key principles of design: contrast. Examples include opposites such as light and dark, color and lack of color, angles and curves, high detail and low detail. It can also involve opposite, or complementary, colors, such as red and green, blue and orange, or yellow and purple. Contrast is the opposite of unity because contrast calls for things to be different from one another while unity requires sameness.

There are many ways an image can incorporate contrast. Here are a few:

Contrast has been used in traditional art for as long as artists have been making art. However, some of the most striking examples of contrast lie in the paintings of the Romantic era of art.

Henry Fuseli's The Nightmare, created in 1781, utilizes the principle of contrast on multiple levels. The first and most obvious example is in the use of lights and darks throughout the painting. Much of the painting is dark or even black, while the woman that sleeps in the bed is bathed in light. This draws a great deal of visual attention to the woman and the thing that sits on her chest. Fuseli also contrasts color when depicting the impish figure and the woman. The woman wears mostly white and has very pale skin, while the impish figure is a muddy color, and very dark in comparison.

Fuseli also contrasts beauty against ugliness in this painting. The surrounding scene, while mostly dark, is elegant and contains luxurious fabrics and draperies that form flowing lines throughout the painting, implying a pleasant-looking interior. The woman also portrays a sense of beauty both in her appearance and in the dynamic pose she holds. The other figures, while not taking up much space in the composition, provide a stark counterpoint to the beauty because of their strangeness.

Contrast's graphic design definition involves contrast less in the sense of light and dark like in the previous example and instead relies on contrast through color, line, form, size, and space. In graphic design, contrast must be used in order to direct attention or dissect information. As mentioned previously, one of the key purposes of contrast is to create a focal point, and this remains the same here. However, graphic design often needs to be more direct in this approach. The graphic designer's goal is often to grab and maintain attention for their piece.

The image here could be an excellent cover image for a magazine or an article, as there is plenty of empty space for text or captions or be used to separate information between its two halves. This image has several elements of contrast going on at once. The first and most obvious element of contrast is color. The blue and the yellow stand out from each other, allowing the eye to bounce from one side of the image to the other. The other is the contrast of detail. Much of the canvas for this image is blank, containing only one of two colors. However, the center of the image shows two colored pencils, breaking up the space and creating a focal point in the center of the image that has the added effect of leading the eye to the point of each pencil. Because of the way the image is split into halves that contrast so much, it makes for a great attention-grabber.

Another important aspect of graphic design is the typeface. This too can have contrasting elements, from differences in case (upper case versus lower case), size of the font, and type of the font (serif, sans serif, script). Using different kinds of font can help break up information on a page and make certain areas more enticing for the eye by including a large, bold, uppercase title with contrasting smaller lowercase font.

Contrast in interior design follows many of the same principles as mentioned previously, however it is not limited by the same constraints of composition. In interior design, contrasts between textures, shapes, colors, and spaces are all key components.

In this image, much of the room is wood paneling, creating a sameness of texture and color throughout. In order to break up that unity, rugs and mats have been added to the flooring, such as the faux-fur rug by the couch and the dark gray doormat at the back of the room. Additionally, the space utilizes larger furniture to not only help break up the space into different parts (a living area towards the right of the photograph and a study area or dining area on the right) but also provides a great deal of contrast from the lighter tans and browns of the rest of the space. It is also smooth in texture and color, offering little variation in contrast to the wood which has a great deal of variety within its limited palette of wood tones.

Contrast is the representation of two elements of design in opposite ways. For example, areas of bright light in comparison with areas of dark. The goal of contrast is to create strong focal points in an image. Focal points are areas of high visual interest that draw attention. Contrast is useful in every form of art, like traditional visual arts such as painting, as well as in graphic design and interior design. Each field uses contrast in similar and different ways, as well. However, the goal is always the same. In paintings and the like, the goal is to draw interest across the canvas and to one or more major focal points. In graphic design, contrast is common and necessary because the goal is to grab attention as well as to present information in an appealing manner. In Interior design, the goal is to create multiple focal points in a room and break up the sameness of space.

There are some alternative methods of including contrast, as well. Distance can be used by creating areas of an image that are blurry to exaggerate the illusion of depth in an image. Texture is also a method, where areas of rough texture can be paired with areas of smooth texture to create contrast.

What is a good example of contrast?

Imagine that there is a painting with a large amount of bright areas as well as dark areas. The bright areas draw the eye because that is the natural reaction for our eyes to take. The eye will likely try to avoid the dark areas because it cannot see what is in the darker areas.

What is an example of contrast in design?

Contrast in design can take many forms. Designers can use different, contrasting colors to create a focal point/attention grabber for an ad or an article, for example.

What is contrast in art and why is it important?

Contrast is the representation of opposite sides of a design element, like brightness versus darkness. It is important because it creates focal points for the image, which are areas that draw viewers' gaze.

Principles of Composition in Graphic Design

Why Are the Elements of & Principles of Design Important?

What is Residential Interior Design?

Application of Design Principles in the Real World

Soft Skills for IT Professionals

Project Management for IT