Is The Universe Flat?

The density parameter has been calculated experimentally in a number of ways. These experiments then provide evidence for theories regarding the shape of the universe. 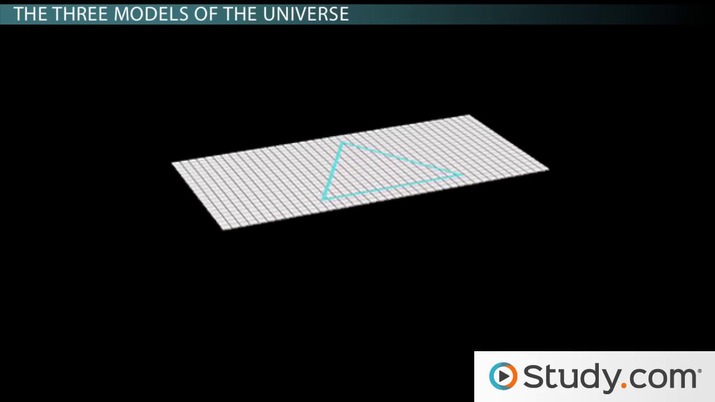 The exact shape is still up for debate; however, experimental data from many independent sources indicate that the universe is most likely flat. The flat universe model can be visualized as a sheet of paper, with no curvature. In this model, the universe is infinite and will continue to expand forever.

The density parameter has been determined experimentally in several ways. One method is to sum all the mass energy in the universe and find the average density. This has been done using data from the Wilkinson Microwave Anisotropy Probe (WMAP) and Planck spacecraft which performed measurements of the Cosmic Microwave Background radiation. Another method is to measure the angle across the observable universe, which is also done using the CMB. This method was used in the BOOMERanG experiment using high-altitude balloons. These measurements have all returned values of the density parameter that correspond to a flat universe within experimental error.

Why is the universe flat? This is believed to be a consequence of inflation. In cosmology, inflation describes the theory that the universe underwent an exponential expansion of space the instant after the Big Bang. The expansion only lasted for {eq}10^{-36} {/eq} seconds after the Big Bang before the expansion slowed significantly. Experimental evidence from as early as the 1960s began to indicate that the density of the universe was very close to the critical density, or the density necessary for a flat universe. Inflation can explain why the overall shape of the universe is flat or very close to flat. Consider a point on a balloon as it is inflated, the surface around a single point flattens as the balloon inflates. The flattening of space is thought to have occurred in the same way and would have been so enormous that any curvature that the universe had previously would only be noticeable on scales much larger than the observable universe.

A closed universe is one in which the average density is greater than the critical density, meaning the density parameter, {eq}\Omega {/eq}, is greater than 1. This causes the space to fold back onto itself. This type of universe is finite but has no center and no edge. To understand this, it may help to imagine a two-dimensional being moving on the surface of a three-dimensional sphere. The being can move in every direction on the surface of the sphere, but can't move up or down. The space on the surface of the sphere is finite but there is no edge and no center.

This model of the universe predicts an event named the Big Crunch. The density of a closed universe is sufficient to not only stop the expansion of the universe but to cause it to reverse and begin to contract. Eventually, the universe will contract to a single point, in a reverse of the Big Bang.

In an open universe, there is insufficient matter to cause the universe to curve back on itself. A consequence of this is that there is an insufficient gravitational pull to stop the universe from expanding. As a result, the universe will continue to expand forever and not experience a Big Crunch event.

What happens in a closed universe?

For a closed universe, the expansion will eventually be stopped by the force of gravity. After this, the universe will begin to collapse to a single point.

What is an open universe?

An open universe is one that is curved by does not fold back onto itself. This type of universe will expand forever because there is not enough mass for gravity to stop it.

Is the universe geometrically flat?

What happens if the universe is closed?

In a closed universe, gravity will eventually stop the universe from expanding. After this, it will begin to contract to a single point called the Big Crunch.

Is the universe closed, open, or flat?

There is not a general consensus on the shape or structure of the universe. Several theories exist which each agrees with some available evidence. The best current theories predict the universe is likely flat.

The Nucleus of a Galaxy

How Does the Interstellar Medium Help Form Stars?

The Formation of the Milky Way Galaxy

The Doppler Effect and Star Spectra

The Evolution of the Early Universe

Moon Formation Theories & Overview | What is the Capture Theory?

What Is Biocultural Evolution?