What is a dactyl? The term ''dactyl'' is an important part of poetry analysis. It is a type of metrical foot, which is a set of syllables that follow a specific pattern of stresses. A dactyl consists of one stressed syllable followed by two unstressed syllables. The dactyl is often contrasted with another kind of metrical foot: the iamb. An iamb has one unstressed syllable and one stressed syllable. It is often found in Shakespeare's work. Dactyls, on the other hand, are much older: they were commonly used in ancient Greek poetry. Daktylos is the root word of ''dactyl,'' meaning ''finger.'' Because dactyls have three syllables, they are named after the three joints of the human finger.

Some examples of dactyl words include:

This is just a small list; there are many examples of words in English and in other languages (''languages'' is a dactyl, too!) that follow the dactyl pattern. 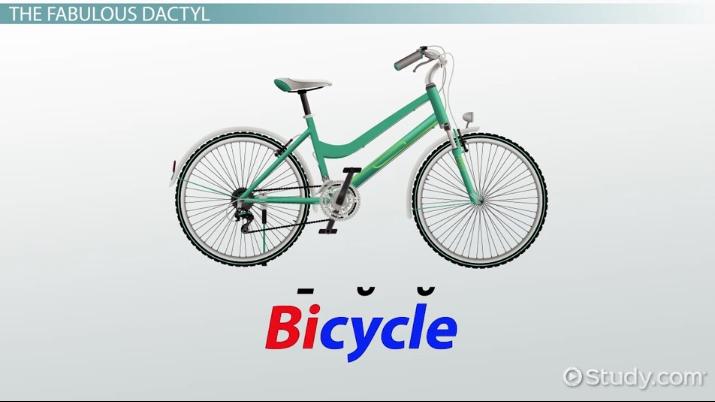 A double dactyl is a specific kind of poem that makes great use of dactyls. These poems have to follow a number of very specific rules in order to qualify for the form. Before looking closely at the rules that govern these poems, it may be helpful to read a few examples, paying particular attention to the use of dactyls in each line:

Bribery toppled him,
Bronchopneumonia
Finished him, testing some
Poultry on ice.
- Ian Lancashire

Higgledy-piggledy
Emily Dickinson
Liked to use dashes
Instead of full stops.

Nowadays, faced with such
Idiosyncrasy,
Critics and editors
Send for the cops.
- Wendy Cope

Who would have thought that the
antepenultimate
solar constituent
also had rings?
- RP

These three poems are all perfect examples of the form, they have only minor variations, if any. It's extremely common to start double dactyls with the phrase ''higgledy-piggledy'' (though this is not something that the form requires) that the poems themselves are sometimes colloquially known as ''higgledy-piggledies.''

Characteristics of a Double Dactyl

Creating a double dactyl poem requires significant familiarity with dactylic meter. This is one of the most stringent and challenging poetic forms to master, as a double dactyl must abide by the following rules:

Sometimes, double dactyls will vary from these rules somewhat. For instance, some poems put their six-syllable word in the fifth or seventh line rather than the sixth. In the second example above, there is also a minor syllabic inconsistency: the final syllable of the third line is carried over into the fourth. This is such a small deviation that it does not disrupt the form, especially since the syllable pattern remains the same.

Double dactyls are not the only kind of dactyl poetry to have been developed over the years. Dactyl examples are sometimes hard to come by in English-language poetry, however, because they are difficult to work with. Ancient Greek and Latin seemed to more naturally follow dactylic meter, making dactylic poetry more common in those cultures. The same is true of iambic poetry in English: it tends to flow naturally and easily fit around English word patterns. Despite the difficulty of adapting the dactylic meter to English, there are several good examples of dactylic meter in English poetry.

This is the forest primeval. The murmuring pines and the hemlocks,
Bearded with moss, and in garments green, indistinct in the twilight,
Stand like Druids of eld, with voices sad and prophetic,
Stand like harpers hoar, with beards that rest on their bosoms.
Loud from its rocky caverns, the deep-voiced neighboring ocean
Speaks, and in accents disconsolate answers the wail of the forest.

Longfellow does not keep very strictly to his pattern, but he is essentially using dactylic tetrameter with spondees at the end of some lines. As mentioned above, it is very difficult to write such long dactylic lines in English.

Dactylic hexameter is a poetry style where each line has six dactyls, for a grand total of eighteen syllables. Famous epic poems like the Iliad and the Odyssey were written in dactylic hexameter in ancient Greek, where the meter was essentially considered standard. There are almost no dactylic hexameter examples in the English language, however, because maintaining dactylic meter over such a long line is difficult and unwieldy. One exception to this can be found in Amours de Voyage, an epistolary novel by Arthur Hugh Clough. The novel has some poetic excerpts that are written in near-perfect dactylic hexameter. Again, the stressed syllables are bolded for clarity:

Over the great windy waters, and over the clear-crested summits,
Unto the sun and the sky, and unto the perfecter earth,
Come, let us go,—to a land wherein gods of the old time wandered,
Where every breath even now changes to ether divine.
Come, let us go; though withal a voice whisper, 'The world that we live in,
Whithersoever we turn, still is the same narrow crib;
'Tis but to prove limitation, and measure a cord, that we travel;
Let who would 'scape and be free go to his chamber and think;
'Tis but to change idle fancies for memories wilfully falser;
'Tis but to go and have been.—Come, little bark! let us go.

The lines of this poem tend to be missing the final unstressed syllable at the end of each line that would make it a true example of dactylic hexameter, but it is still a closer attempt at the form than almost anything else written in English.

A dactyl is a type of metrical foot that has one stressed syllable followed by two unstressed syllables. Sometimes, individual words like ''elephant'' or ''fabulous'' are themselves examples of dactyls. Dactyls can be used in all sorts of poetry, including a specific poetic form called the double dactyl. These poems are humorous, have eight lines, and their fourth and eighth lines must rhyme. The sixth line of the poem should be a single word that contains two dactyls, like ''idiosyncrasy.'' These rules make the poems hard to write.

There are also other kinds of dactylic meter that are used in poetry, though they tend to be uncommon in English-language poetry. Henry Wadsworth Longfellow's ''Evangeline'' is mostly written in dactylic tetrameter, with four dactyls per line. His poem mixes dactyls with spondees, which are metrical feet consisting of just two syllables, both of which are stressed. Dactylic hexameter is another dactylic meter most commonly associated with the epic poems of ancient Greece and Rome.

What does dactyl mean in poetry?

For example, the word "poetry" is a dactyl.

What is an example of a dactyl?

There are many examples of dactyls in everyday speech. One of them is the word "everyday." Another example is the phrase "one of them!"