Electric Field of a Plate 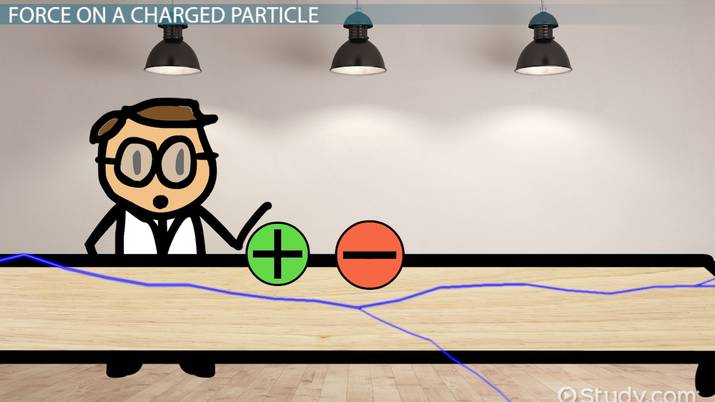 How to Create an Electric Field between the two Parallel Plates?

Place two conducting plates A and B parallel to each other while leaving a small space between them filled with an electrical insulator such as air. Connect the two parallel plates to an electric power source ( a battery, for example). Plate A, which is connected to the positive pole of the power source, will be positively charged with a uniform charge density +Q. In contrast, plate B, which is connected to the negative pole of the power source, will be negatively charged with a consistent charge density -Q. The two charged parallel plates would carry their total charges because an electric insulator separates them.

The two parallel charged plates are kept apart and create a uniform electric field in the space between them. The electric field lines of two parallel plates can be represented by straight lines perpendicular to both plates' surfaces while carrying arrows that point from +Q plate A toward -Q plate B.

In two parallel but like-charged plates, the electric field in the space between plates is equal to zero. In this case of both positively or negatively charged and parallel plates, the charges repel each other, creating two oppositely directed electric fields in the space in-between the two plates. Therefore, the two like-charged plates defy the purpose of using the system of two charged parallel plates as electric potential energy storage.

Assuming that two parallel conducting plates carry opposite and uniform charge density, the formula can calculate the electric field between the two plates: {eq}E=\frac{V}{d} {/eq}, where

V is the electric potential or voltage measured by volts (V)

E is the electric field measured by N/m

Remember to always convert all numbers to SI units.

So, when the distance is doubled, the electric field's strength is at 75 N/m, halved from the first case value of 150 N/m

Electric Field Between Two Plates: Motion of a Charged Particle

Do not forget to convert all numbers to SI units before a substitution.

Newton's 2nd law is used to calculate the motion's acceleration:

While the proton moves toward the negative plate, the electron will move toward the positive plate. Both the electric field and force remain the same since absolute values are used in the formulae, and both proton and electron have the same absolute charge. But the acceleration depends on the particle mass, so:

This problem has been given to help you understand superposition of electric fields.

The electric field from a thin conducting large plate is Ei = qi / (2Ae_0) in direction outward, from each side of the plate. We assume positive charge in the formulas. For negative charge the direction is inward, toward the plate.

All plates have the same area and are large enough so that edge effects are negligible. Consider the first plate with charge q1 lying between regions A and B. The electric field E1 in region A is to the left and to the right in region B and all other regions further right.

Add a plate with charge q2 on the right, in the region between B and C. E2 is pointing to the left in regions A and B and to the right in region C and all points to the right of region C.

Add a third plate of charge q3 in the region between C and D. E3 is pointing to the right in region D and to the left in regions A, B, and C. To visualize and summarize:

We use superposition to add up the electric fields in the four regions.

Let's try to calculate with:

What is the electric field in regions B and C?

What is the electric field between plates?

The electric field between plates is the area or space where the plates' charges influences can be seen. For example, if a charged particle is placed near any charged plate, the plate exerts an electric force to attract or repel the charged particle.

Is the electric field between two plates uniform?

If the two parallel plates are oppositely and uniformly charged, then each plate carries an equal charge density allowing the electric field between the two plates to be uniform.

An electric field between two plates needs to be uniform. Therefore, charges must be equally distributed on the two plates.

How to find the electric field between two plates?

The electric field between two oppositely charged plates can be calculated: E=V/d.

Divide the voltage or potential difference between the two plates by the distance between the plates. The SI units are V in volts(V), d in meters (m), and E in V/m.

The Potential of a Sphere

Electric Field of a Charged Semicircle

The Potential of a Cylinder

How Orbits Are Influenced by Gravity & Energy