Did you know that in the earlier centuries, electricity and magnetism were thought to be unrelated? It was only through various scientific experiments it was established that a moving electric current could produce a magnetic field. The discovery helped produce electricity on large scales as it led to the development of transformers and generators.

What is Electromagnetic Induction?

In electromagnetic induction, a current is produced in a wire due to a change in the magnetic field.

Electromagnetic induction phenomena can be explained by a simple example of a coil and a magnet. When a magnet is brought towards a coil, a relative motion is generated between the two due to a magnetic flux. This leads to an electromotive force which results in an electric current in the coil. The flow of the current can be checked with the galvanometer. 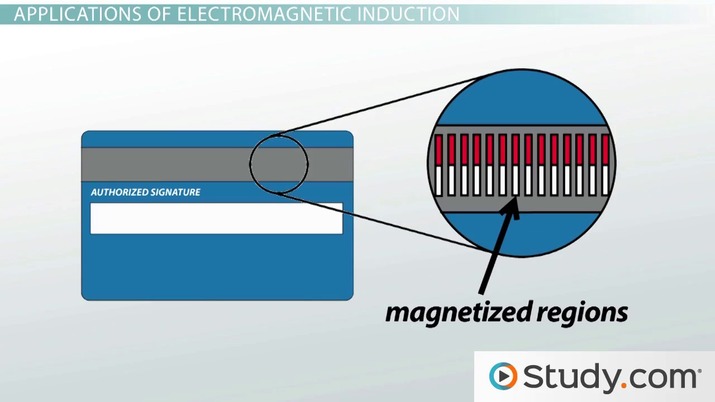 Coming up next: Electromagnetic Induction: Conductor to Conductor & Transformers

How Does Electromagnetic Induction Occur?

In this experiment, a coil is connected to the galvanometer. When the North-pole of the bar magnet is brought towards the coil, the galvanometer deflects. This indicates the presence of an electric current in the coil. If the magnet moves, the deflection lasts.

A reversal of electric current occurs when the magnet is taken aback since the galvanometer deflection is in the opposite direction.

Similarly, when the South-pole is moved towards the coil, the deflections are in the opposite direction.

This experiment shows how electromagnetic induction occurs, i.e., that an electric current is induced due to the relative motion between the coil and the magnet.

This experiment shows how an electric current is induced due to a relative motion between two coils.

This experiment shows that a relative motion is not necessary to induce an electric current.

What is Magnetic Flux?

Faraday's experiments helped derive a simple mathematical formula for magnetic flux. Magnetic flux can be defined as the total magnetic field through a given area.

If we choose a simple flat surface with area A as our test area, then:

Faraday's law of induction states that the magnitude of induced electromagnetic force (emf) in a circuit is equal to the time rate of change of magnetic flux through the circuit. The relationship is:

A— area of the coil

When this closely wound coil turns N turns, the flux change with each turn is also the same.

Where N— Number of turns

As per Lenz's Law, an induced electromotive force produces a current in the loop that opposes the change in magnetic flux that produces it. Lenz's law is based base on the principle of energy conservation.

An electrical generator reverses positive to negative polarity to produce an electric current.

An electrical generator is made up of a coil at a right angle to the magnetic field.

This coil is mechanically rotated by external means. Slip rings connect the ends of the coil.

An electrical transformer works on the principle that the alternating current produces alternating flux.

A transformer is a static machine made up of primary and secondary coils connected by a metallic core that the currents can magnetize. These coils behave like inductors.

The formula to calculate this is:

The flux is directly proportional to the current. Therefore, with the higher number of coils, the voltage would increase to produce more current.

Induction cooktops have a stove with a copper wire with an alternating current passing through it which helps cook food. It has electro-magnets under the glass surface, and ferromagnetic cookware is used. When the current is passed through the wire, the magnetic field starts oscillating, and an electrical current is induced in the vessel. There is resistive heating in the vessel due to large eddy currents.

Induction cooking is better than traditional indirect heat methods like the gas stove, electric cooking, and convections in the following ways:

A changing magnetic flux in conductors produces induced currents in them. The flow pattern of these induced currents resembles swirling eddies in water; hence they are called eddy currents.

Eddy currents may be undesirable since there is a wastage of electrical energy due to the unnecessary heating of the metallic core. The heat is produced when the electrons lose kinetic energy in collisions. As a result, the coils may get damaged, and even the metal may melt due to eddy currents. Laminations with insulating materials like lacquer can help minimize the loss due to eddy currents.

From this lesson, we have learned the following about electromagnetic induction:

This activity will help you assess your knowledge of the definition and variables that affect induction.

1. Electromagnetic induction is the production of an electromotive force across an electrical conductor due to a changing electric field.

2. One of the best applications of magnetic induction is in swiping an ATM card on a card reader.

3. In data storage, the user data is stored in a strip and is in the form of many magnetized regions.

5. Markel Faraday was an English scientist whose main discoveries include the principles underlying electromagnetic induction.

6. Due to their antiquity and simplicity, cassette tapes and floppy disks did not employ magnetic media.

7. Voltage strength is proportional to the number of wire turns and magnetic field changes.

9. Induction flashlights are deemed as the most important invention that was created from the discovery of electromagnetic induction.

10. When you triple the number of turns, the induced voltage also triples.

Where is electromagnetic induction used?

Electromagnetic induction is used in generators, transformers, hard drives, tablets, and also electric cars. . It also sees an application in the treatment of patients with mental disorders like hallucinations and depression by way of transcranial magnetic stimulation (TMS).

What is electromagnetic induction and how does it work?

In electromagnetic induction, a current is produced in a wire due to a change in the magnetic field.

For example, let us perform an experiment with a bar magnet and a coil. When the two are bought together there is a relative motion because of which there is a magnetic flux in the coil, this produces an electric current.

How Magnetic Fields Are Created