Tanya Baldwin, Alexandra Lutz
Learn about the European Theater during World War II. Explore the Western Front timeline and significance and what the other battlefronts in Europe were called. Updated: 04/03/2022

The History of the European Theater

Adolf Hitler became the leader of Germany in 1933. He had a vision for the expansion of Germany. Hitler wanted to reclaim land that had been lost as a result of the Treaty of Versailles, which ended WWI. Hitler had been secretly rebuilding the German military to accomplish his vision. The European Theater of WWII saw heavy fighting and spanned the European continent. It also included sections of the Middle East and North Africa. There was also a Pacific Theater of war that was largely between the Allies and Japan. WWII began in 1939 when Germany invaded Poland. The German Luftwaffe, or German air force, utilized a blitzkrieg or blitz method. This called for extensive bombing that targeted railways, communication lines, and other strategic areas. The next step of the blitzkrieg included a land invasion with an enormous number of troops and weapons. 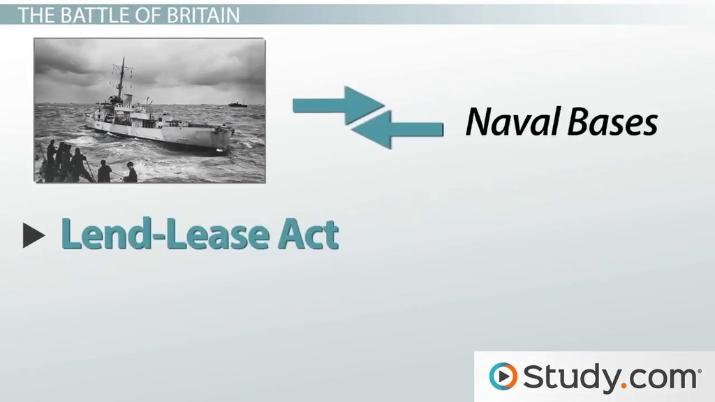 Coming up next: The Holocaust: Antisemitism and Genocide in Nazi Germany

What were the Two Battlefronts in Europe Called?

The Start of the Western Front in WWII

By 1942, the Allies were fighting back against Nazi Germany in the Western Front. They began bombing Germany and gaining control in North Africa. They also carried out a successful attack on Italy.

Hitler launched Operation Barbarossa on June 22, 1941, against the Soviet Union. Initially the Soviet Union suffered heavy casualties and setbacks as Germany invaded them with an enormous invasion force. It was the deadliest operation of the war. Exhausted and worn down, the German army retreated on December 5, 1941.

During the war, the Soviet soldiers intentionally killed some of their own men. In July 1942, Stalin issued Order No. 227, which was also referred to as ''Not One Step Back!'' This order called for any troops that attempted retreat to be gunned down.

In August of 1942, Hitler invaded the Soviet Union in the Battle of Stalingrad. The German army was not used to the extreme cold of Stalingrad, and many suffered frostbite. They also had supply issues with food and ammunition. The battle ended in February 1943. After Germany had suffered casualties and lost an enormous number of troops as prisoners of war, Germany surrendered to the Soviet Union.

On April 16, 1945, Stalin's Soviet troops initiated the Battle of Berlin. The Soviet forces deployed over 6,000 tanks and 8,000 aircraft in an effort to capture the German capital, Berlin. As Berlin was about to fall to Soviet control, Adolf Hitler committed suicide on April 30, 1945.

On April 9, 1940, Germany deployed thousands of troops that led to an occupation of Norway and Denmark. By May 10, Germany occupied the Netherlands, Belgium, Luxembourg, and France. In June 1940, France agreed to an armistice with Germany. The armistice allowed for Germany to occupy northern France. It also called for a puppet regime to be put in control of northern France.

The Battle of Britain

The Battle of Britain began on July 10, 1940, and lasted until October 31, 1940. Hitler believed his Luftwaffe would be able to intimidate Britain into surrender. The Luftwaffe carried out a blitz on Britain. The name of the battle comes from a speech delivered by the British prime minister, Winston Churchill. In the speech, Churchill stated that the Battle of France had ended and he believed the Battle of Britain was about to begin. London and surrounding areas underwent extensive bombing by the German Luftwaffe. The bombing campaign was meant to be the beginning phase of a larger goal, which was named ''Operation Sealion.'' In order to achieve the objective of invading Britain, Germany needed to gain control of the English Channel. Hitler believed the bombings would weaken British forces.

In 1939, the U.S. Congress adopted a policy of "cash and carry" to help supply Britain and other Allied nations with war materials. Under this program, Britain, France, and other Allied nations would pay cash for the supplies and then carry or transport them to their military bases. This was a way to allow the U.S. to remain neutral and not enter the war, yet help the Allies. However, this would not be enough and a different approach had to be taken.

The U.S. devised a new plan to help the Allies. The Lend-Lease Act was passed by the U.S. Congress in March of 1941. This permitted the U.S. government to provide war supplies to any country that was fighting the Axis powers. The intended goal of this act was to help Britain beat Hitler without directly involving the U.S. in the war. Britain was in desperate need of airplanes, tanks, warships, and other supplies. The U.S. would provide those supplies and after Britain won and the war was over, Britain could then pay back the U.S.

The Luftwaffe was better equipped and more experienced than Britain, but as the battle dredged on, British pilots became more skilled. In addition to this, the RAF (Royal Air Force) had the use of radar and a strong resolve to not be beaten. Hitler eventually began to see battle as a waste of energy and felt he was unlikely to win, so he backed off and reduced the attacks.

The End of the European Theater in WWII

During the initial stages of WWII, the U.S. was determined to stay out of the war. It was not until the bombing of Pearl Harbor on December 7, 1941, that this mindset was changed. Japan launched a surprise attack on the U.S. with intentions of destroying the U.S. Pacific fleet and keeping them out of the war. 20 U.S. ships were destroyed, as well as over 300 airplanes, and over 2,400 people were killed. However, the fleet was not completely destroyed and on December 8, the U.S. declared war on Japan and entered WWII.

In 1944, the Allies began working on invasion plans for what they called ''Operation Overlord.'' ''Operation Overlord'' involved plans for a land, sea, and air attack on the Axis powers in Normandy, France. Normandy was the chosen location because it was close to England and within the range needed for Allied fighter jets. The elements of deception and secrecy were essential to the success of the plan. The Allies went to great lengths to deceive the German troops into believing the attack would be launched on a different location.

On June 6, 1944, a day that came to be known as D-Day, the Allied forces stormed the beaches of Normandy. The result was the liberation of France and western Europe. Although there were high Allied casualties, D-Day paved the way for Allied success in WWII. On May 8, 1945, the war in Europe ended. A few months later, on September 2, 1945, the war in Japan came to an end. WWII was finally over.

In an effort to reclaim land deemed stolen from Germany, Adolf Hitler set a course for European domination. In 1939, Germany invaded Poland and started WWII. Germany's invasion of Poland was carried out with the cooperation of the Soviet Union. The German Luftwaffe, or German air force, utilized a blitzkrieg. However, Germany then set its sights on the Soviet Union and invaded the country. After this action, the Soviet Union joined forces with the Allied powers. The Axis powers were largely made up of Germany, Japan, and Italy. The Allied forces were made up largely of the U.S., Britain, and the Soviet Union.

Initially the U.S. only wanted to help the Allies and was not involved in the war, so they implemented the cash and carry program, which was followed with the Lend-Lease Act. After the fall of France, Germany tried to defeat Britain with the Blitz, a heavy bombing campaign meant to weaken British forces and strength. The U.S.'s neutral stance changed after the bombing of Pearl Harbor, and the U.S. entered WWII. Germany invaded the Soviet Union and casualties were high, as the Soviet soldiers killed some of their own men intentionally. The German invasion of the Soviet Union was the deadliest operation of the war. However, the results of this battle finally put Germany on the defensive. On May 8, 1945, the war in Europe ended and on September 2, 1945, the war in Japan ended, and WWII was finally over.

What was the bloodiest front in WWII?

The Eastern Front was the largest and deadliest military operation in history. It is estimated that about 30 million of the WWII deaths occurred on the Eastern Front.

What were the two battlefronts in Europe called?

What were the major events of the European Theater?

One of the first major events of the European Theater was in September 1939, when Germany invaded Poland. D-Day occurred in June 1944. In May 1945, Germany surrendered.

When did the European Theater start?

The European Theater of WWII began on September 1, 1939. This is when Germany launched an invasion of Poland. The war lasted about six years.

What is the difference between European Theater and Pacific Theater?

Resistance in Turkey and India Between World Wars

The Peace of Paris: Ending World War I