What is an Extinction Burst?

In psychology, one method of influencing behavior is through operant conditioning. In simple terms, operant conditioning states voluntary behaviors occur more frequently when they are in some way reinforced with a desirable outcome. Any result of voluntary behavior that increases the frequency of that behavior is a reinforcement. The reinforcement may be in the form of achieving something positive and desirable, such as a physical reward or removing something undesirable from our environment, such as an annoyance. Once this link has been established or learned, the behavior will continue and increase in frequency. However, when the reinforcement of a positive outcome is removed, operant conditioning predicts the behavior will decrease or stop. Over time, this is true and is a well-known process called extinction. Part of this process is a brief and often dramatic increase in the behavior when the corresponding reinforcement is removed. This is called an extinction burst. What is an extinction burst? When a voluntary action that produced a desirable result in the past is tried more frequently, the reinforcement is removed until it becomes clear that the action will no longer produce the intended result.

The definition of an extinction burst is a sudden and dramatic increase in behavior when reinforcement for that behavior has been removed. It is a temporary response pattern and will diminish and then stop as the reinforcement for the behavior no longer follows the voluntary action. This part of operant conditioning theory predicts when and how voluntary behaviors will increase or decrease depending on the outcome they produce. If a desirable outcome, or reinforcement, follows an action, that action will increase in frequency. The nature of the behavior, or social acceptability of the behavior, is not considered in this reinforcement and behavior pairing. Despite the desirability of the action, if it is reinforced, it will continue. Extinction is the process of stopping a target behavior. This is a pattern that has been studied extensively with both animal and human research. 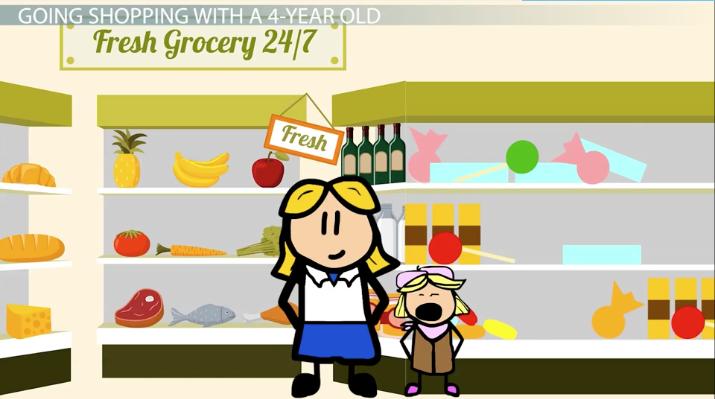 Coming up next: What is Cognitive Dysfunction? - Causes, Symptoms & Treatment

It was with animals where an extinction burst was first identified and subsequently named in experimental research. Animals are trained using positive reinforcement. When the animal produces a desired behavior, they are given a food treat after the action has occurred. Anyone with pets has observed this behavior. For example, if food treats are kept in a certain drawer, the pet soon learns that the sound of the drawer opening indicates food will soon follow. When the drawer is heard opening, the animal comes running. This pattern will continue until the food is moved to another location. For a period of time after the food is moved, the sound of the drawer will not only continue to produce the behavior, but the animal may park themselves near the drawer in anticipation of being rewarded. After a period of time, extinction will occur when the animal no longer pairs the drawer with its food, and there is no reason to continue to produce the behavior. At this point, the behavior has been extinguished. It is important to note that the new location of the food will trigger the same behavior as the old location did.

Examples of an extinction burst are most easily observed with animal behavior but are perhaps most vividly illustrated in children's behavior. The classic example occurs in a grocery store checkout line. A child is tempted by candy placed near the register. When they express their interest in obtaining the candy and are told no, they begin to misbehave. This episode in a store is embarrassing and undesirable, and to stop the child's behavior, parents sometimes give in and buy the candy. Reinforcement has just occurred. Making a scene means candy will follow; thus, this behavior will continue each time the child is in the checkout line. At some point, the parent learns that they should not reinforce the behavior to stop this behavior. The next few times the child begins to misbehave in the checkout line, and the candy is not provided, an extinction burst will occur. Not only will the child misbehave when the candy is not provided, but they also begin a full tantrum. Sometimes, this results in the parent removing the child from the store, which still breaks the reinforcement for the tantrum/reward pairing. This is a temporary response that will stop if reinforcement is not provided. Though it may be a trying process, the behavior will slow and stop altogether after several pairings.

How to Control Extinction Bursts

Extinction bursts can be addressed in many ways, but the most widely used with children is the application of applied behavioral analysis techniques. This process identifies and then removes the reinforcer that is promoting the undesirable behavior. It simultaneously introduces a new acceptable behavior that will receive the reward they wanted to begin with. Oftentimes, attention may be the desired outcome for a child's outbursts. It is the method of seeking this attention that is the actual problem. Ignoring an outburst while implementing the reward of responding to a child when they raise their hand or ask rather than demand attention will achieve this goal. To cope with an extinction burst in this example, the increase of the offending behavior for a period of time is expected and consistently ignored. When the tantrum is ignored, but attention is provided when the child asks for attention, the offensive behavior will extinguish and replace the desirable action.

There are several steps to respond to an extinction burst once the reinforcement for the unwanted behavior has been identified.

An extinction burst is a sudden increase in behavior when the reinforcement, or reward, for an undesirable behavior has been removed. It is a temporary response pattern when an expected result of action no longer occurs. This is a part of the process of extinction with a voluntary behavior and is a component of operant conditioning. This behavioral response has significant research support with both animal and human studies.

This phenomenon is often referred to with the behaviors of children. It is also aimed at autism spectrum populations to reduce behaviors that are in some way interfering with other activities. Many programs designed for changing behavioral problems with children will refer to extinction burst in some detail. Though an extinction burst is expected to eliminate the undesirable behavior, the rise in the offensive behavior can seem counterintuitive to progress.

What is an extinction burst?

An extinction burst is a sudden spike in the frequency of a behavior when the reinforcement for that behavior is removed. Because the action has produced a desirable result in the past, it is tried rapidly until it is clear the action no longer will result in the expected reward.

What happens during an extinction burst?

During an extinction burst, a learned pairing of behavior and favorable consequence is disrupted. The reinforcement is removed. When the behavior does not elicit the intended response, it is tried again and more rapidly until it becomes clear the action will not result in the reward.

How long does an extinction burst last?