The Study of Stars

Astronomy is the scientific study of all celestial bodies, including stars. This science is one of the oldest, probably because humans have always been curious about objects in space. The Moon, the stars, and the planets have been studied for centuries leading scientists to the discovery of motion patterns and other phenomena like the life cycle of stars, solar and lunar eclipses, and many other cosmic events.

A person that studies objects in space and their interactions is called an astronomer. Early astronomers like the Babylonians started to examine the positions of planets and stars in the sky during different times of the year and at different locations of the globe. Many ancient Greek astronomers like Thales of Miletus and Ptolemy made great advances in the understanding of space phenomena. Between the XVI and XVII centuries, prestigious astronomers like the polish Nicolaus Copernicus with his heliocentric theory, and the Italian Galileo Galilei with his discovery of the moons of Jupiter and Venus revolutionized the world using limited technology. On the other hand, modern astronomers use different types of sophisticated equipment like giant telescopes and spectroscopes to make detailed observations of different celestial bodies. They are also able to measure the dimensions of these bodies, the distances between them, their temperature, and even their material composition.

The study of astronomy comprises so many different disciplines that it has been categorized into different branches with specific fields of study. There are five main branches in astronomy: 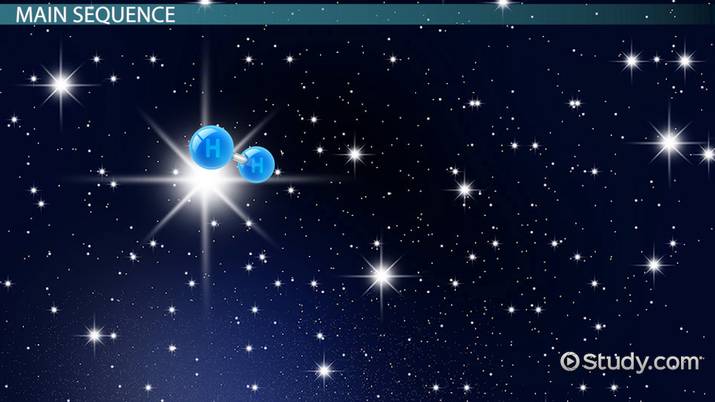 What is the Definition of a Star in Astronomy?

A star is an incandescent ball of gas in space. Stars produce light and heat thanks to the nuclear reactions that happen in their core where hydrogen gas undergoes a process called nuclear fusion in which two hydrogen nuclei combine to form helium. This process releases energy in the form of light and heat. A star is born the first time nuclear fusion occurs.

Stars vary greatly in size and temperature. Small stars like our sun are called dwarf stars and stars that are much larger than the average are called massive stars. The Hertzsprung-Russell diagram is a graph that organizes stars according to their brightness and temperature. Most stars are located at the region of the diagram called the main sequence, this means most stars are in the process of turning hydrogen into helium inside their cores. Stars also contain an immense amount of matter that exerts a powerful gravitational force upon other celestial bodies forming systems where planets and other objects orbit around them.

A constellation is a group of stars. Historically, stars have been grouped by many cultures to form shapes in the sky that resemble people, animals, and objects. Stars that belong to the same constellation are not necessarily close to each other or even related, they actually can be very far away from one another and have completely different origins, they were just grouped together because, from our perspective, they seemed to form a shape that we could identify. Even though the stars in a constellation are not always related, they are useful to help identify the current season by recognizing the constellations that appear in the evening sky at different times of the year. There are 88 official constellations. A group of billions of stars held together by a gravitational force is called a galaxy. Galaxies also contain dust, gases, and dark matter. There are billions of galaxies in the universe, our solar system is located in the Milky Way Galaxy.

Stars are predominantly composed of the gases hydrogen and helium, but can also contain traces of heavier elements like carbon, nitrogen, oxygen, and iron that were produced by preexisting stars. On average, stars contain close to 90% of hydrogen, 10% of Helium, and around 3% of other elements. Stars glow thanks to a process called nuclear fusion in which two atoms of hydrogen fuse to form helium. This process releases immense amounts of heat and energy in the form of light and radiation. Stars shine until they burn all their fuel transforming all the hydrogen available into helium. This process takes millions of years for most stars.

Stars form within dense clouds of gas and dust called nebulae. These "interstellar nurseries" provide the perfect conditions for a star to be born. The gases and dust inside these clouds start to accumulate by gravity collapsing into dense balls of gas that later will begin to shine forming new stars. These newborn stars will start to mature until they reach adulthood becoming main-sequence stars just like our sun. These stars will continue to change reaching different stages of life until they burn all their fuel and die.

Stars have different fates according to their size. After depleting their hydrogen supply, nuclear fusion slows down making stars bloat. Average-sized stars will swell into red giants that will later collapse forming a planetary nebula and finally will become a white dwarf star. Massive stars will expand into red supergiants and after will burst in a supernova explosion. After this gigantic explosion, some massive stars become either neutron stars or black holes.

Our Yellow Star: Definitions and Facts

Our sun, the closest star to Earth, is a yellow main-sequence star located at the center of our solar system. Even though its size is small compared to other stars it is by far the largest object in our solar system holding more than 99% of its mass. The Sun has approximately 100 times the diameter of Earth and has a volume that could fit about one million planets the size of Earth inside of it. The sun is one of more than 100 billion stars in the Milky Way galaxy and is the primary source for life on earth providing heat and light which are indispensable for essential processes like photosynthesis.

Astronomy is the study of all the celestial bodies and is one of the oldest sciences because humans have always been curious about space. There are many branches in astronomy that specialize in specific areas of study like planets and stars.

Stars are incandescent celestial bodies that form inside clouds of gas and dust called nebulae. A group of billions of stars held together by a gravitational force is called a galaxy. Stars have a life cycle with birth and death and have a great variety of sizes, temperatures, and colors. The Sun is the closest star to Earth and also the center of our solar system.

How do stars die?

Astronomy is the science that studies all celestial bodies including stars. Astronomy has different branches that specialize in specific topics within astronomy.

What are stars made of?

Stars are made of gases hydrogen and helium, but can also contain traces of elements like carbon, nitrogen, oxygen, and iron.

What is the study of the formation of stars?

Stellar Astronomy studies how stars are formed and the processes that occur during the different stages of their life cycle.

Facts About Stars | The Study of Stars
Related Study Materials

Plate Tectonics: A Unified Theory for Change of the Earth's Surface

State of Motion and Velocity

The Causes of Species Extinction

The Apparent Motion of Stars & Planets

Types of Stars by Size, Color and Life Cycle

What are Simple Organic Compounds in Chemistry? - Types, Groups & Examples