A government uses fiscal policy to achieve the macroeconomic goals of price stability and total employment output to have a stable, growing economy. Over time a nation's economy fluctuates and can be in one of three states: 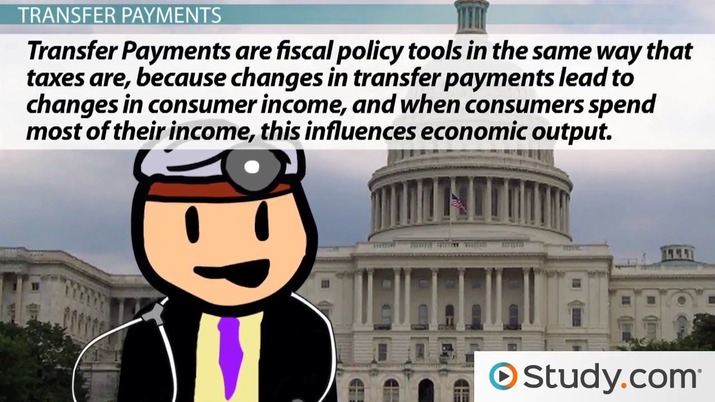 Coming up next: Expansionary Fiscal Policy and Aggregate Demand

The United States is in a recessionary gap; one way to fix this gap would be by increasing spending. To do this, congress decides to spend more on fixing the country's infrastructure by improving highways and replacing lead pipes.

First, the government would have to purchase the necessary resources to complete those projects, such as the copper needed for the new pipes. The new need for these resources increases aggregate demand in the economy. Output goes up to meet the government needs, and so does price because firms can now charge more since their products are in higher demand. Employment rises because firms producing copper and other materials need to hire more employees to match the new demand. Additionally, the government will need to hire contractors to do the roadwork and replace the pipes.

These results from this example can be examined on the following graph:

Taxes are another fiscal tool the government has at its disposal. By altering taxes, the government can increase or decrease different types of spending. For example, if the United States was in an inflationary gap where the economy was overheated, it could raise income taxes. By raising income taxes, households now have less money to spend, therefore reducing consumer spending. Consumer spending, just like government spending, affects aggregate demand.

A reduction in spending lowers demand because fewer people are buying goods. This reduction means that firms will lower their output, so they do not overproduce relative to the new level of demand; they will also lower prices to encourage people to buy their products. This change can be seen in the following graph:

There are other types of taxes the government could change, like corporate taxes. Suppose the economy was in a recessionary gap. In that case, they could lower corporate taxes to spend those savings on re-investing in their company, such as improving company products or expanding to new locations. This practice is called investment spending, and just like both consumer and government spending, it has a similar effect on aggregate demand.

Transfer payments are when the government spends money to benefit its citizens but receives no goods or services in return, differentiating it from government spending. One example of transfer payments affecting the economy is if the government decided to expand the welfare program. Suppose more people are eligible to receive welfare under this expansion. In that case, consumer spending will increase because those new people who now receive welfare can spend money they previously did not have. This expansion would help in a recessionary economy as increased consumer spending increases aggregate demand.

Below is a real-world example of how a few fiscal policy tools are used to address the economy:

Fiscal policy involves the use of government spending, taxes, and transfer payments to influence aggregate demand and is a means by which the federal government can achieve its macroeconomic goals of maintaining price stability and full employment output, leading to the economy's potential output at the lowest sustainable unemployment rate. When the economy is out of balance, it can result in a recessionary gap when the economy is performing under its potential or an inflationary gap meaning the economy is overheated and causing inflation. In order to address the two types of unhealthy economies, three different tools are used in fiscal policy:

Define fiscal policy in your own words in approximately two to three sentences.

Example: The money that businesses earn from government spending can result in the need for more employees, and those employees can stimulate the economy by spending a portion of their wages.

In one to two paragraphs, write an essay that explains how taxes can be used as a fiscal policy tool.

Example: Tax rates can be raised or lowered.

Example: Transfer payments include things like Social Security payments, and they can alter people's incomes and spending power.

The government can use three main tools to help an economy experiencing either a recessionary gap or inflationary gap to return it to full employment output. These tools are:

When any of these tools are used, the goal is to increase or decrease aggregate demand, closing a recessionary or inflationary gap.

How Saving & Investing Contribute to the US Economy