A corporation is a formal institution independent from its shareholders and separate from its business. Legally, corporations have a lot in common with people regarding their rights and obligations in life. They can sign agreements, make loans, bring an action in court, employ people, possess property, and pay taxes. Unlike its owners, a corporation enjoys legal autonomy. Several legal obligations and rights that apply to persons also apply to corporations.

Forming a Corporation happens when several investors, each of whom owns shares in the corporate entity, join together to form a new company and work toward a shared purpose. The great majority of businesses exist to maximize profits for their owners. Non-profit corporations, on the other hand, include groups like charities and fraternal entities.

Limited liability is an essential characteristic of a corporation since it protects owners from being held personally liable for the business's liabilities. Large companies such as Microsoft Corp., Toyota Motor Corp, and Coca-Cola Co. are all examples of corporate entities. Some organizations, like Alphabet Inc., which is most known for its use of the term Google, operate both under their corporate time and separate company identities.

The laws of a corporation, often known as the bylaws of the firm or simply the bylaws, refer to a legal statement outlining the most important regulations and procedures that control the organization's daily activities. There are many ways these standards can help a company run more effectively, consistently, and reliably.

C corporations (C Corp) are one of the most prevalent business formats company owners use. Companies organized under a C corporation are treated separately from their owners. In the Internal Revenue Code, they are known as C companies since they are subject to subchapter C's rules and regulations.

Limited liability, easier transference of stock, sustainability of operation, and improved access to financing are just a few of the benefits of setting up a corporation. Corporate law and its advantages will be determined by the company's pre-set.

If there is a concern about protecting personal assets, a company is the best option. A corporation's debts and legal requirements are not the responsibility of its investors, even if the company may not have sufficient funds in resources to pay them back.

As a result, corporations are more flexible in passing ownership and ensuring that the firm will continue for generations to come. Moreover, ownership of this form of business can be easily transferred, even though the bylaws or incorporation documents govern the particular specifics of the transfer. For instance, a shareholder can quickly transfer their share if they desire to quit a company. Likewise, if a proprietor dies, their ownership shares might be transferred to another person. 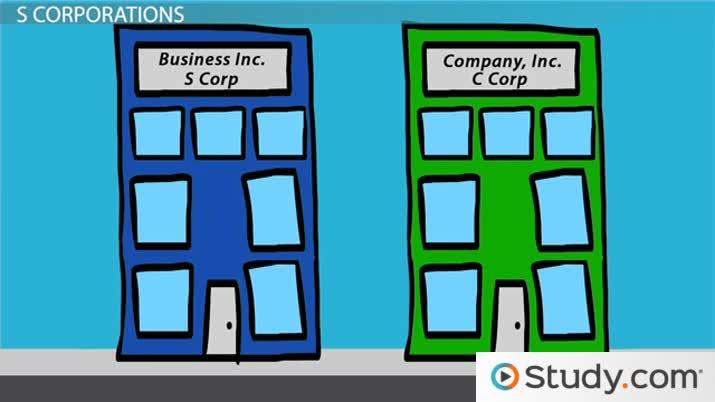 Coming up next: Shareholder, Board of Director & Officer Roles

Understanding the Roles of Shareholders and Directors

At the time of incorporation, the earliest shareholders of a company are often its founders, and in smaller companies, the founders may be the only shareholders. A small corporation's limited shareholders may comprise persons active in daily corporate activities. A shareholder could be an individual, firm, or institution that possesses equities in a particular company. A shareholder is a firm's proprietor, usually measured by the number of shares owned.

A stakeholder may not possess part of the firm. However, they own some stake in the success of a firm much like the shareholders. On the other hand, their passions might or might not have anything to do with money. They are the legal proprietors of the company's stock. However, the shareholder has a restricted role in the corporation because they have neither authority nor the responsibility to oversee its daily operations. Shareholder rights differ relative to the type of investment possessed and the relevant law. During general meetings, some owners have the authority to propose specific company actions. As a result, these agenda issues are frequently included in company proxy reports.

Investors have a stake in the company's profits and assets and can cast votes on vital managerial choices if they join the ranks of shareholders. Shareholders of Chevron Corporation, for instance, voted in favor of a plan to cut pollution from the company's goods in May 2021.

Directors have a fiduciary duty because of their position of authority over the company's assets. Moreover, since they represent the people they work for, they should do so. For instance, a company's board of directors has a say in everything from strategic planning to repurchase programs to dividend declarations.

How to Start a Corporation

According to the country's Corporation Division, the name of a corporation should conform to the regulations. As far as legal requirements are concerned, the division should be consulted by the owners. It is unnecessary to register a brand name with the country once a suitable and legally available name has been identified. The company is automatically recorded when the articles of incorporation have been filed. The owner must file a fictitious or assumed name assertion with the jurisdiction in which the business is located if the company is to operate under a different name.

The board of directors is responsible for making significant decisions about the company's policies and finances. Through their authority, the stock is issued, officers are appointed, salaries are set, and loans are granted to the corporate entity and repaid by the corporation. Before a company is even open for business, the corporate entity's shareholders typically appoint a board member. Owners often assign themselves to the management board, but this isn't required. A single director is permitted in most jurisdictions, no matter how many shareholders there are. Companies with two or more partners should have at least two directors, while those with multiple owners must have three directors. A corporation can only have one director in other regions if it has only one shareholder.

There are several different types of bylaws, including those that control the daily activities, such as those for directors' meetings or the voting criteria for directors or shareholders. For bylaws, one can use a self-help guide or employ an attorney in the state to draft them. In most cases, the bylaws are enacted at the first board session of a new corporation.

Other Requirements for Setting Up a Corporation

Following the filing of the articles of incorporation, the creation of the bylaws, and the holding of the first directors' meeting, the corporation enters the completion phase of setting up a corporation. Although it is not mandatory in some jurisdictions, it is necessary to secure the required licenses and permits that any business owner needs to start a new venture, such as a business license (also called a tax registration certificate). In addition, a seller's approval from the state or zoning permission from a local planning commission may also be required, and an employer identification from the Internal Revenue Service.

Corporations that are C-corps in most states face a more cumbersome and costly incorporation process than those that are S-corps. According to the IRS, an S corporation can have a maximum of 100 shareholders. A C-corporation may issue stock certificates to the general public and accept unlimited shareholders. C-corporations are the most common type of publicly-traded company.

Persons, charities, estates, and non-profits cannot form S-corporations; instead, they must be the sole shareholders. However, c-corps can be invested in by any business, such as mutual funds and venture capital firms.

There is a significant difference between a C and an S business regarding taxes. Unlike corporations, S-corps do not incur corporate revenue taxes. These profits are reported on the proprietors' tax returns rather than being subject to corporate taxes. A C-Corp should pay the taxes on its company revenue, and then its shareholders must pay federal taxes on the pay-outs they receive from the company. Both business owners should consult a CPA to ensure that they comply with existing tax laws.

Corporations are legal entities separate from their shareholders and the business they own. It is possible to form a corporation when a group of investors, each of whom holds a stake in the new corporation, band together to accomplish a common goal. Setting up a corporation provides several advantages, including limited liability, ease of stock transfer, and greater access to finance.

Often referred to as the firm's bylaws, a corporate bylaw is a formal legal document defining the most significant rules and procedures that govern how an organization conducts business daily.

Official papers filed with a state agency to officially establish a corporation are known as articles of incorporation. The pieces of incorporation include the company name, location, and representative for service of action and the sort of stock that will be granted.

Taxes are the most significant distinction between a C and an S corporation. S Corps are pass-through entities that do not incur corporation income tax. Rather than paying corporation taxes, the owners of this company report their earnings on their tax forms. Income from a C Corp must be taxed, and then dividends paid to shareholders are taxed by the federal government. The owners of both businesses should hire a CPA to ensure they comply with present tax laws.

What is the purpose of forming a corporation?

The personal assets of a corporation's proprietors are better protected than those of any other sort of business. For example, if a company is sued, its shareholders are not individually responsible for the firm's liabilities even when a corporation may not possess the assets to fulfil the debt.

What is required to form a corporation?

One must engage a lawyer, designate directors and authorized agents, design bylaws, issue shares, and complete articles of incorporation, including IRS papers, to form a corporation. The legal criteria for creating and maintaining a corporation are corporation requirements. In addition, there are standards to fulfil when the business is in existence, ranging from what material must be contained in filings to how it will be operated.

What is Sole Proprietorship? Advantages and Disadvantages

Franchise Relationships, Agreements & Examples | What is a Franchise?

Limited Liability Company: Examples | What is an LLC?

What is a Corporation? | Types, Advantages, Disadvantages & Examples