Genetics is the study of genes and DNA. Although genetics has expanded to include many advances in technology over the years, the study of genetics can be traced back to the father of genetics, Gregor Mendel. Gregor Mendel was an Austrian monk in the 1800s who studied the inheritance of traits in pea plants. At that time, no one knew what the hereditary material of living things was, and much of heredity was unknown. Today, the study of genetics has expanded far beyond simply understanding the structure of DNA and includes the regulation of gene transcription, expression, and its application in many human diseases. 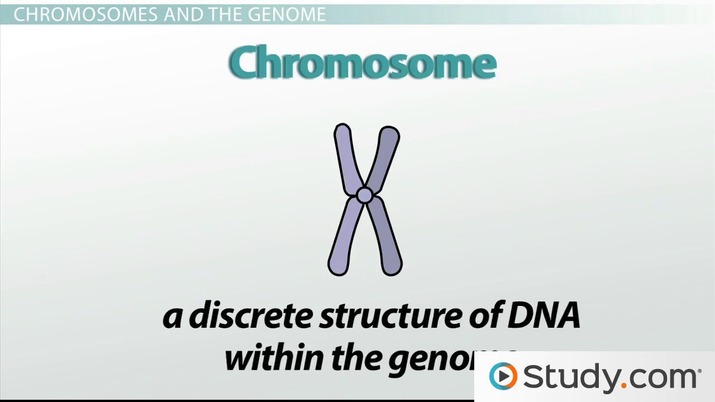 Try it now
Back
Coming up next: Properties of Alleles

Mendel studied pea plants because they were easy to grow, could be mated with control, and their features were easily distinguished. Mendel crossed different pea plants with meticulous accuracy and noted how certain traits were inherited. He tracked the inheritance of seven different traits:

By observing the inheritance of these traits, he noticed that one trait usually dominated or covered up another. In this way, he described the first known inheritance pattern in genetics of dominant and recessive traits. Around the same time in the early 1800s, another scientist was also studying genetics but from a different perspective. Charles Darwin was a British naturalist who studied how traits were passed on and changed in populations over many generations. Charles Darwin observed that organisms that were better fit for their environment survived and reproduced better and thus, passed on their traits; this is now known as natural selection. This changed the physical traits of the next generation. Although it was still not known that DNA was the hereditary material of genetic inheritance, these observations created the foundation for his theories of natural selection and evolution. Although selection is not the same as genetics, it is a force that can shape the genetics of a population.

Traits can be influenced both by genetics and the environment. Hair color is a heredity example, but it can also be changed by physical actions of dying the hair. If a person dyes their hair, that does not change the DNA, and thus, the new color of the hair will not be passed on. Some additional inherited traits examples include:

Inherited traits are not only the physical traits that can be seem. They are also found in the small differences in protein sequences that might allow for differences in resistance to infectious disease or other physiological functions of the cell.

Humans have two copies of each chromosome, called diploid. The two corresponding copies of a chromosome are called homologous. Chromosomes that are not part of a set are called non-homologous.

A gene is a section of DNA that codes for a particular protein. Genes are made of DNA. DNA is a molecule that is made from individual monomers called nucleotides. Each nucleotide has a sugar, phosphate, and base group. There are four possible bases:

DNA is shaped like a double helix and has two strands twisted together. The sugar and phosphate molecules face outward forming the edge of DNA and the bases face inward. Two bases match up and pair together, forming a base pair. The order of the bases holds the information in DNA and thus, is what is read in a gene to create a protein.

There are two main types of genes, structural genes and regulatory genes. Structural genes code for proteins that contribute to cell structure and function, such as the cytoskeletal protein actin or tubulin. Regulatory genes code for proteins that regulate the expression of other genes, such as the transcription factor p53 that suppresses cell growth and division. Chromosomes are relatively large sections of DNA and can contain hundreds to thousands of genes. Humans have 46 chromosomes and around 20,000 genes.

Alleles are different versions of a gene. Alleles are versions of the same gene but have different genetic variations at a particular locus. Sometimes the variation can be in a large section of the sequence, and other times it can be a single base pair in DNA that has been changed. Alleles can come in two forms, dominant and recessive. Dominant alleles cover up the effect of recessive alleles. To display the trait from a recessive allele, a person must inherit two copies.

The specific combinations of alleles an organism inherits for a particular gene is known as its genotype. Genotype is the genetic makeup of an organism. The phenotype is the observable traits of a particular organism. Typically, the organism's genotype codes for the organism's phenotype. However, the environment can also interact to control phenotype. For example, there are three genes that control skin color, and each has two alleles. The more dominant alleles that are inherited, the more melanin is produced and the darker the skin will be. Thus, in this example, genotype controls phenotype, but exposure to sunlight can also trigger melanin production and thus, change a person's phenotype. This is an example of how both genotype and the environment can regulate phenotype.

The genotype and phenotype of offspring from two particular parents can be determined using a genetic tool called a Punnett square. A Punnett square is a diagram where the genotype of the parents is abbreviated on the top and side using capital letters for dominant alleles and lower case letters for recessive alleles. The alleles are filled in down and across, and the resulting four boxes show the potential genotypes for the offspring. The phenotypes can be interpreted from this if the scientist knows which alleles code for which traits.

The genome is the complete set of genetic information in an organism. It is all of the genes and all of their alleles. A genome contains many, sometimes tens of thousands of, genes. Each organism has one complete genome.

Genetics is the study of DNA and heredity. Genetics was first pioneered by scientists in the 1800s before DNA was even known as the hereditary material. Gregor Mendel studied the inheritance of pea plants, and Charles Darwin studied how traits are passed down between generations of a population.

Genes are sections of DNA that code for a protein. Genes come in different versions called alleles, which have different genetic variation at a particular locus, or location, on a chromosome. Alleles can have large differences or simply a single base pair that is different. Genes are contained on chromosomes, which are linear sections of DNA with many genes. Humans have two copies of each chromosome in their body cells, called diploid. The combination of alleles that humans have for any given gene in the chromosomes is called the genotype. Genotype along with environment determines an organism's phenotype, or the observable traits of an organism. Phenotype can include things like height, protein function, or coat or feather color. The genome is the complete set of genetic information for any organism.

What are the types of genetic inheritance?

The types of genetic inheritance are:

Genetic inheritance is the pattern by which genes are expressed and how they are passed down from parent to offspring.

Where does genetic inheritance come from?

What is an example of genetic inheritance?

An example of genetic inheritance is skin color. Skin color is a genetic trait coded for by three genes, each of which have two alleles. The more dominant alleles a person inherits, the darker their skin tone will be due to the production of the protein melanin.

Plant Adaptations Types & Examples | What Is Adaptation in Plants?

Plant Adaptations Types & Examples | What Is Adaptation in Plants?