Copyright
Betsy Chesnutt, Artem Cheprasov
Learn about granulocytes, including learning what are granulocytes with the granulocytes definition. Additionally, learn the function and types of granulocytes. Updated: 08/15/2021

Dangerous pathogenic bacteria and viruses are always trying to infect the human body, where they can cause serious illness. However, the body has some pretty strong defenses that kill these invading pathogens and prevent and fight infections. White blood cells circulate in the bloodstream, always on the lookout for signs of infection. If they find any microorganisms that shouldn't be there, they respond by attacking and killing the invading pathogens.

One of the strongest defenses is provided by a special group of white blood cells known as granulocytes. These cells are leukocytes that are part of the innate immune system, which means that they can quickly respond and destroy all kinds of microorganisms, including bacteria, viruses, fungi, and parasites. Granulocytes are large white blood cells that contain small particles called granules. These granules are full of enzymes that can be released to destroy microorganisms and fight infections. Because these enzymes have a variety of effects on the body, granulocytes also play a role in inflammatory disorders such as allergic reactions and asthma. 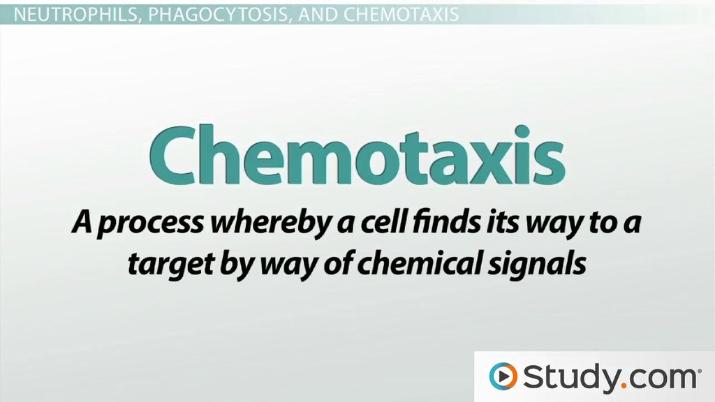 Coming up next: Macrophages, Killer Cells & Other Cells of the Innate Immune System

What Do Granulocytes Do?

Granulocytes circulate in the blood looking for chemical signals that alert them to the presence of microorganisms. These chemical signals can be on the surface of or released by harmful microorganisms that are trying to invade the body. When a granulocyte detects the presence of a pathogen, it will leave the blood and travel into the affected tissue. This process is known as chemotaxis. When a granulocyte encounters a pathogen, it will release the contents of its granules. The granules contain enzymes that incapacitate and kill the invading microorganisms. Granulocytes respond in a non-specific way to any kind of infection, so they are one of the first defenses protecting the body from infection.

The enzymes released by granulocytes can have other effects on the body as well. Some enzymes increase inflammation, which also helps to recruit more white blood cells and can lead to the development of other inflammatory responses like fever and swelling. Since many microorganisms only reproduce at a specific temperature, the presence of a fever can make it easier for the immune system to kill them and stop the infection. However, in some cases, granulocytes make mistakes and respond to other harmless substances, such as pollen or dust mites. When inflammation occurs in the absence of an infection, it can lead to autoimmune disorders such as allergic reactions and asthma.

There are three types of granulocytes: neutrophils, basophils, and eosinophils. All three cells look very similar, but they contain different combinations of enzymes in their granules.

Neutrophils are the most common type of white blood cell found in the blood, making up about 55-70% of the total number of white blood cells in healthy people. Neutrophils are constantly being produced by the bone marrow because they are very short-lived, usually lasting less than a day after reaching maturity and being released into the circulating bloodstream. Neutrophils are a critical part of the immune system because they are the first cells to respond to an infection or injury, typically arriving at the site in about 30 minutes.

Neutrophils have several weapons that they use to fight infections. First, they are phagocytic cells that destroy microorganisms by engulfing them. In addition to phagocytosis, neutrophils also destroy pathogens by releasing enzymes that break down bacterial cell walls and generate compounds such as hydrogen peroxide that are toxic to many microorganisms. They can also create webs of proteins that trap and destroy microorganisms. Once a neutrophil leaves the bloodstream, it will not return. It will eventually turn into a pus cell, and the presence of many neutrophils is what causes the pus that seeps out of infected wounds.

Basophils are much less abundant than neutrophils, making up less than 1% of the total number of white blood cells. Like neutrophils, they are short-lived cells that only persist for about a day. The granules in basophils contain a protein called histamine. Histamine is primarily responsible for promoting inflammation. It causes blood vessels to become leaky, which results in swelling and redness in the affected area. Basophils and the histamine they release are responsible for many of the symptoms of allergic reactions, where tissues swell and become inflamed in response to non-pathogenic substances that the immune system thinks might be harmful. To reduce the effects of histamine, people with allergies typically take anti-histamine medications that bind to and neutralize histamine.

Although their role in allergies has been known for a long time, the role of basophils in protecting the body from infection was less well understood. Today, scientists have shown that basophils do have a role to play in protecting the body from certain kinds of bacteria, viruses, and parasitic worms, as well as mitigating the effects of venom from some kinds of snakes, bees, and scorpions. They have also been shown to play a role in the detection and destruction of some kinds of cancer cells.

Like the other types of granulocytes, eosinophils contain enzyme-filled granules that are released to fight off infections and during allergic reactions. Eosinophils are also made in the bone marrow and travel through the bloodstream, but unlike the other granulocytes, which have a very short lifespan, eosinophils usually migrate to tissues and can live there for 1-2 weeks. Eosinophils have a very important role in the immune system because they can attack and kill parasites including parasitic worms. However, just like basophils, they also play a role in allergic reactions.

Neutropenia is a condition that occurs when the number of neutrophils in the blood is too low (less than 1500 per microliter in an adult), and it can be caused by chronic infections, certain cancers, medications, and vitamin deficiencies. A person with neutropenia will have an increased risk of infection because there are not enough neutrophils available to fight off pathogens. If the number of neutrophils is too high (more than 8000 neutrophils per microliter), this is called neutrophilia. Neutrophilia can be caused by acute infections, where many neutrophils are needed. It can also be caused by chronic inflammatory diseases such as rheumatoid arthritis, as well as smoking and chronic stress. It can also sometimes indicate that a patient has a cancer of the blood or bone marrow.

Basophils and eosinophils are usually increased in people with allergies and asthma, and they play a significant role in many types of allergic reactions.

Granulocytes are leukocytes that are part of the innate immune system. They contain granules that are filled with enzymes that enhance the inflammatory response and kill pathogens like bacteria, viruses, and parasites. There are three types of granulocytes:

What is the function of granulocytes?

Granulocytes are white blood cells that are part of the innate immune system, which means that they respond quickly to any type of infection or injury, usually within about 30 minutes. They contain granules that release enzymes to kill or neutralize microorganisms and toxins, so they play a big role in protecting the body from infection.

What are the 3 types of granulocytes and their functions?

What is the normal range of granulocytes?

What does it mean when your granulocytes are high?

Neutrophils can be increased when you have an acute infection, or when you have a chronic inflammatory disease like rheumatoid arthritis. They are also usually increased in people who smoke. Basophils and eosinophils are usually higher in people with allergies. The number of all kinds of granulocytes can also increase because of cancers like leukemia.

Basophil Function, Characteristics & Structure | What is a Basophil Cell?

Sensory Nerves: Types and Functions of Sensors and Receptors