Who are the Hindu Deities?

According to Hinduism, also referred to as Sanatan Dharma (Eternal Order), Brahman is the one supreme reality or the underlying divine entity behind everything. But there are also a multitude of individual gods and goddesses, each with different roles and dedicated worshippers. In this way, Hinduism can be viewed as both monotheistic, having only one god, and also polytheistic, having many gods. Hinduism consists of a compilation of different philosophies, rituals, cultural practices, and traditions. Because of this, there is a wide diversity in Hindu beliefs and practice, both throughout history and among different communities, with many considering Hinduism more a way of life than a religion.

Hinduism is the oldest religion in the world that is still practiced today, and the vast majority of Hindus live in India. Because there is no single founder of Hinduism, its exact history is difficult to determine. However, its earliest origins can be traced to the Indus Valley Civilization (3000-2000 BCE), in what is modern-day Pakistan, where various symbols and items have been discovered that reflect the beginnings of Hindu beliefs and of deities that are worshipped today. The roots of Hinduism likely developed when the Indo-Aryan people migrated to the Indus Valley and the cultures merged, leading to the religious system of Vedism, which would later become Hinduism. During the Vedic era (1500-500 BCE), the sacred texts called the Vedas were put into writing. They consist of poems, hymns, chants, mantras, and instructions for religious rituals. 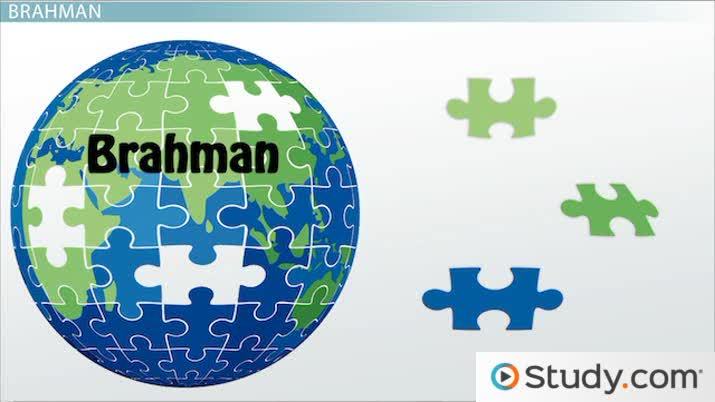 Coming up next: The Bhagavad Gita's Story of Arjuna & Krishna: The Three Paths to Salvation

Who are the Main Hindu gods?

The three main Hindu gods are referred to as the Trimurti and are considered the three forms or faces of Brahman, the ultimate reality. The names of these three gods are Vishnu, Brahma, and Shiva, and each of them has a distinct role and manifests different aspects of Brahman.

The gods of the Trimurti are not simply aspects of Brahman; they are also individual gods in their own right and they take on a variety of incarnations or avatars. While Vishnu and Shiva are widely worshipped, each with their own set of devout followers, Brahma is rarely worshipped in Hinduism. The concept of the Trimurti did not appear in the earliest sacred writings and may have been a later attempt to unify the worshippers of various Hindu gods and to establish more harmony and syncretism.

Each of the gods of the divine triad has a unique role in the universe, different incarnations or avatars, and stories in Hindu mythology. Vishnu and Shiva also have groups of loyal and devout Hindu followers. The Hindu sect made up of those who worship Shiva as supreme is called Shaivism, while Vaishnavism refers to the followers of Vishnu. The following chart provides an overview of some important aspects related to the three divinities.

Brahma, the god of creation, is typically depicted with four heads and four arms and is red in color. This symbolizes the importance of four in many aspects of Hindu belief, such as the four Vedas, which are credited to Brahma. In Brahma's four arms are the Vedas, a goblet or water pot, a lotus, prayer beads, and a scepter in the form of a spoon. Brahma is the god who brought all things into being and is depicted as the creator in the creation stories.

Compared to Vishnu and Shiva, Brahma is rarely worshipped in Hinduism today, and there are very few temples dedicated to him. This lack of worship is attributed either to the fact that his work of creation is complete or that he received a punishment for some kind of wrongdoing. While there are stories of Brahma coming to earth in the Puranas, these avatars are not recognized or worshipped in the same way as those of Vishnu and Shiva.

Vishnu, which means "all-pervasive", is the god who preserves, sustains, and protects the universe, and pervades all of creation. In this role, Vishnu returns to earth in the form of an avatar whenever he needs to restore the balance of good and evil in creation. He has ten prominent avatars or manifestations, the most famous of which are Rama and Krishna, who are widely revered and worshipped. Vishnu is usually displayed with four hands, which hold a lotus, conch shell, mace, and a discus weapon.

Vishnu is popular throughout the sacred Hindu texts as well as in Hindu worship today. The Vishnu Purana and Bhagavata Purana are two well-known Hindu texts that consist of narratives about Vishnu. The Vishnu Sahasranama, a Sanskrit hymn, gives a thousand names for Vishnu and is popularly recited by his followers. Vishnu's female cohort is Laxmi, the goddess of wealth, and she is often depicted alongside him.

The role of Shiva, the god of destruction, is to destroy the universe so that it can be recreated or renewed. He also destroys that which is imperfect to prepare the way for what is perfect. He tends toward extremes and is often considered to hold contradictory realities, such as destruction and creation, good and evil, or asceticism and hedonism. While there is variety in how Shiva is portrayed, he typically has four arms, a garland of skulls, a third eye, and a snake around his neck, representing his power over dangerous creatures. In many depictions, he is also dancing and holding a trident. Whenever he appears as a human incarnation, his face is blue. He is often portrayed in the pose of a yogi, is associated with meditation, and rides on the bull Nandi.

Similar to Vishnu, Shiva takes on different forms or incarnations including the half-male, half-female version that displays him on one side and Parvati on the other. One of his most recognized guises is as Nataraja, the Lord of the dance. Sometimes he is represented by the Linga, an abstract, cylindrical object that symbolizes fertility. Shiva's female cohort also has many forms including Parvati, Durga, Kali, and Sati.

In addition to the three central deities of the Trimurti, many other gods and goddesses are worshipped in Hinduism, some of them being different incarnations of Vishnu or Shiva. Specific Hindu deities often have temples dedicated to their worship with statues and images of one or more deities. Each of the individual Hindu deities is a manifestation or embodiment of some aspect or characteristic of Brahman. Yet Hindus also recognize and worship various deities as distinct gods and goddesses. Hindu worship, or puja , varies, but usually consists of rituals done at home or in the temple, and includes reciting chants and making offerings to the gods. Here are some of the most significant Hindu gods and goddesses:

Other goddesses who are forms or incarnations of Shakti include:

Hinduism can be viewed as either monotheistic because it believes in one divine reality, called Brahman, or as polytheistic because of the multitude of gods and goddesses that are worshipped. Hinduism today is a compilation of many traditions, cultures and rituals, with its earliest origins traced to the Indus Valley Civilization. During the Vedic era , the oldest Hindu texts, the four Vedas, were put into writing.

Of the many deities that are worshipped, the Trimurti refers to the three main gods or forms of Brahman:

While Brahma is rarely worshipped in Hinduism today, both Vishnu and Shiva have devoted sets of worshippers, the sects of Vaishnavism and Shaivism, respectively. Two of Vishnu's incarnations or avatars, Rama and Krishna, are widely revered and worshipped.

In addition to the Trimurti, many other deities are popular in Hindu worship. One of the most significant is Shakti, the supreme Goddess, and her various forms including: Durga, Parvati, Sati, and Kali. Others include:

When it comes to worship, or puja , there are many ways that Hindus show their devotion to the various deities. Puja can involve daily chants or rituals at home or more involved ceremonies and offerings made at temples on special occasions or festivals. Depending on the Hindu sect or particular community, specific gods or goddesses may be worshipped as supreme.

Did Brahma create Vishnu and Shiva?

Hinduism holds to an eternal and cyclical view of creation, which means that the universe passes through many phases of creation and destruction. As a result, there are many different creation stories in Hindu mythology. In one story, it is said that Brahma was born from a golden egg and then created everything else, including Vishnu and Shiva. In a different creation account, Brahma, Vishnu, and Shiva all come from the Goddess. There is also a story that Brahma was born out of a lotus in Vishnu's naval. Followers of Vishnu hold to the belief that all things begin and end with Vishnu, whereas devotees of Shiva believe he is the origin of everything.

Who are the Hindu gods and goddesses?

There are many Hindu gods and goddesses but some of the most significant are the three in the Hindu Trimurti - Brahma, Shiva, and Vishnu. Also significant is Shakti, or the Goddess, and all her different forms including Durga, Parvati, and Kali. Some other popular Hindu deities include Ganesh, Laxmi, Saraswati, Hanuman, Rama, and Krishna.

What are the 3 main Hindu gods?

The three main Hindu gods that make up the Trimurti are Brahma, Vishnu, and Shiva. Brahma is the god of creation, Vishnu the god of preservation, and Shiva the god of destruction.

Hinduism's Holy Books: the Vedas | What are the Vedas?

What is the Quran? | What is Hadith?