Audrey King, Paulina Bouzas
Learn what defines a Hispanic American and where they come from. Discover Hispanic culture in America and uncover influential Hispanic figures in American history. Updated: 05/26/2022

What is a Hispanic American?

Although at times used interchangeably, the words "Hispanic", "Latino/a," and "Latinx" do have different, while slightly overlapping, meanings. "Hispanic" refers a person with a Spanish-speaking background, whereas "Latino/a" refers a person who has descendants from a Latin American country. The word "Latinx" (pronounced Latin-ex) has gained some traction because the "x", rather than an "o" or "a", gives the word a gender neutral connotation. While there is debate around the different terms, many Hispanic and Latinx Americans prefer to identify with their specific country of origin rather than one of the more general identifiers.

Considering the many geographic locations and people groups that speak Spanish, it is clear that Hispanic culture encompasses many unique cultures and traditions. Still, there are some similarities. The most common cultural similarity is the Spanish language. A majority of second- and third- generation Hispanic Americans are bilingual because passing down the language is viewed as a part of the culture. In Hispanic culture, emphasis is also placed on maintaining close family relationships, with Hispanic American families being more likely than other U.S. families to have two or more generations living under the same roof. Another similarity is a Christian religious identification. Among Hispanic Americans, Catholicism is the most common religious belief, but the number of Protestant Christian and non-religious Hispanic Americans is growing with each new generation. 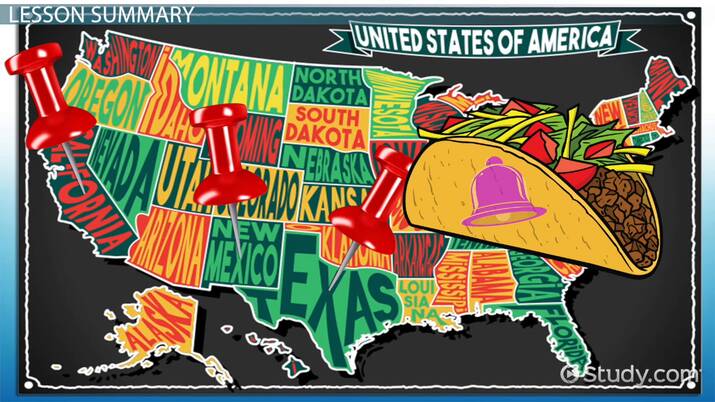 Try it now
Back
Coming up next: Differences Between Hispanic & Latino

Where Do Hispanics Come From?

Hispanic people have descendants in a Spanish-speaking country. Most Hispanic Americans are of Cuban, Mexican, Puerto Rican, Guatemalan, Salvadoran, Dominican, or Colombian origin. The term Hispanic, however, is not embraced by the majority of Hispanic Americans. A 2019 Pew Research Survey found that 47% of Hispanics most often identify themselves by their family's country of origin, and only 39% use the terms Latino or Hispanic to identify themselves. The term Hispanic is very broad, and while it is used often in surveys and discussions, it does not have the same personal or cultural meaning as a person's country of origin.

Interestingly, there is some debate and confusion over whether being Hispanic is an issue of race or ethnicity. The U.S. government does not recognize being Hispanic as defining a person's race. Rather, people of Hispanic origin could have roots that are African, Native American, European, or multi-racial. In the 2010 U.S. Census, the choices for race included white, Black, Asian, American Native, or Pacific Islander. While 94% of the U.S. population chose one of those options, amongst Hispanic Americans, only 63% selected one of those choices. Instead, 37% of Hispanics selected "some other race," or wrote in their answer as "Mexican," "Hispanic," "Latin American," or something similar. Race is mostly defined by physical traits and characteristics, while ethnicity refers more to cultural and linguistic similarities.

Hispanic American history is also not homogenous. The two largest groups of Hispanics are Mexicans and Puerto Ricans. The third and fourth largest groups are Cubans and Salvadoreans.

Mexican American history largely began in the mid-1800's, after the annexation of north Mexico meant that 80,000 Mexican people became U.S. citizens. In the early 1900's, migration increased due to Mexico's civil war, but the largest migration occurred in the mid- to late- 1900's, and led to Mexican-American campaigns for equity and rights in the 1960's and 70's.

Puerto Rican American history began in 1900, after Spain ceded the territory to the U.S. in the Spanish American War and U.S. citizenship was given to all Puerto Ricans. The 1950's to 1970's marked The Great Migration in Puerto Rico that involved almost a quarter of the population relocating to the U.S.

Speaking Spanish is an incredibly important part of Hispanic American culture and heritage. Almost 70% of Hispanic Americans above the age of five are bilingual in social English and Spanish. With almost 1 in 5 Americans identifying as Hispanic, it is not surprising that Spanish is the second most spoken language in America. Many Spanish words are now included in the English language, such as patio, plaza, vigilante, cargo, cafeteria, and many more. Bilingualism is also on the rise amongst non-Latino Americans. Since the U.S. is physically located in close proximity to several Spanish-speaking countries, many U.S. citizens are choosing to learn Spanish as their second language to help improve communication with Hispanic community members.

The influence of the Hispanic culture on U.S. pop culture can be heard or seen very vividly when listening to American radio or while viewing American TV shows or movies. Well-known Hispanic American music artists include Selena, Jennifer Lopez, Gloria Estefan, Marc Anthony and Carlos Santana. Well-known actors and actresses include Penelope Cruz, Sofia Vergara, Eva Longoria, and Antonio Banderas. Recently, Lin-Manuel Miranda gained fame with his musicals "Hamilton" and "Into the Heights."

Latin performance artists have become such a significant part of American culture that many of the recent popular songs in the U.S. have both Spanish and English lyrics.

Hispanic American influence is seen in many American sports; historically, it has been seen most prominently in baseball. Famous Hispanic American baseball players include Roberto Clemente, Alex Rodriguez, and Manny Ramirez.

In the U.S., as the Hispanic American population has grown, U.S. interest and participation in "futbol," or American soccer, has also grown. Playing and watching soccer is an important aspect of Hispanic culture, with 84% of Hispanics reporting that they follow the sport. As this sport continues to evolve in the U.S., many Hispanic American athletes will soon become household names, like Lionel Messi, one of the most famous Latino athletes.

Hispanic and Latin American cuisines are quite popular in the U.S. Since the 1970's, Mexican food, and the Southwestern-Americanized "Tex-Mex," have become a common part of American cuisine. Tortillas, tamales, tacos, guacamole, quesadillas, enchiladas, and pico de gallo are all well-known in American cooking. Tortilla chips and salsa are even one of the highest selling snack foods in the U.S. Fast food restaurants such as Taco Bell and Chipotle have capitalized on this growth in popularity.

Although Mexican cuisine has become more widespread than other Latin American cuisines in the U.S., Brazilian, Peruvian, Cuban, and Colombian restaurants are gaining in popularity as well. Rodizio (Brazilian steakhouses), and dishes such as ceviche from Peru, and Cuban sandwiches are becoming more popular.

Hispanic culture is a broad term that encompasses many people groups, and most Hispanic Americans view their country of origin as a preferred identifier rather than the term Hispanic, which only refers to being a descendant of Spanish-speaking peoples. Hispanic Americans live in every state in the U.S.; California is known for having the largest Hispanic population, with Texas at a close second.

Overall, Hispanic culture in the U.S. has influenced American art, politics, language, cuisine, and more. Hispanic American actresses such as Eva Longoria, Penelope Cruz, and Sofia Vergara have become household names, and the increase in Hispanic representation will continue in every aspects of American culture. The influence can even be seen in the national fast food restaurants Taco Bell and Chipotle. The traditional American sport of baseball has also been heavily influenced by Hispanic players since the 1960's.

As bilingualism becomes more common in the U.S. and still remains important to Hispanic American families, Spanish will likely continue to be the second most spoken language in the country.

What is the difference between Hispanic and Hispanic American?

What are some Hispanic culture traditions?

What is considered Hispanic American?

A Hispanic American is a person who is currently living in the U.S, but has descendants who are from a Spanish-speaking country.

Try it now
Back
Create an account
Hispanic Cultural Characteristics | Impact & Influence on America
Start today. Try it now
Overview of Ethnic Groups in the World

Muckraker Articles & Examples | What is a Muckraker?

Mestizaje Overview & History | What is Mestizaje?

What Is History? - Lesson for Kids