What was the Homestead Act?

The U.S. Government began to pursue a goal of increased settlement in the west in the mid-1800s. So that American agriculture and farming were able to thrive, the U.S. Government established colleges dedicated to researching agriculture technology, leading to agriculture and farming flourishing in the 1860s. The Morrill Land Grant Act established 57 colleges throughout the United States to develop new agricultural practices in the hopes of encouraging westward settlement. By teaching new agricultural practices, the U.S. Government hoped that farmers would have the tools and training needed to successfully farm the new terrain of the frontier because its land was different than what the majority of farmers were used to. 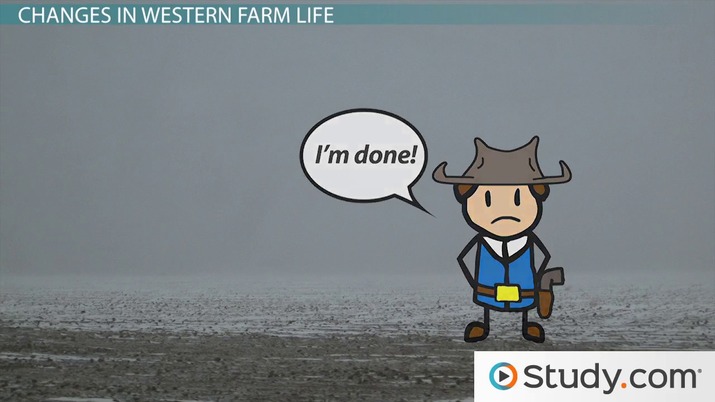 Try it now
Back
Coming up next: Expanding the Transcontinental Railroad: History and Impact

What Was the Purpose of the Homestead Act of 1862?

What was the Impact of the Homestead Act?

The Homesteaders of America took advantage of the free homestead land in the largely unsettled western United States. In total, 1.6 million deeds were given to settlers in 30 modern-day states. This led to a surge in population in the west. For example, in 1860, the present-day states of Montana and North Dakota both reported zero population living in those areas in the census. By the 1890 census, Montana had a population of 132,159 and North Dakota had a population of 190,983. The other two states that grew the most in population as a result of the Homestead Act were Colorado and Nebraska. As settlers established homesteads, towns grew in the most populated areas and post offices were established.

The frontier was forever transformed by the Homestead Act and the settlement of the west. The first person to settle on the frontier was a middle-aged miner from Virginia who moved in the mid-19th century. Many others followed, beginning with the California gold rush of 1848.

As more and more settlers moved into the west, it became apparent that a more accessible railroad that joined the East and the West would help encourage westward settlement and also help increase the already booming economic growth in the U.S. The frontier was also transformed by the building of the Transcontinental Railroad which was completed in 1869. The railroad connected the existing railroad system on the East Coast to the newly-developed west coast. Although it was an asset in this regard, it was considered a detriment as well. The railroad ended the cowboy life and brought about decades of struggles and bloodshed between Native Americans and the U.S. Government. Also, much of the land of the frontier ended up being bought by corporations, rather than the homesteaders it was designed for.

Famous historian Frederick Jackson Turner wrote in his frontier thesis that he believed the United States was forever changed through their settlement of the west. He believed that western settlement impacted American society specifically as it spread the value of democracy throughout the frontier. This was something that the U.S. had envisioned as early as the mid-19th century.

Was the Homestead Act Successful?

In many ways, the Homestead Act was successful. It provided for opportunities of a new life for freed slaves, as they were eligible for the land offered through the Homestead Act. In addition, the Homestead Act helped to spread democracy throughout the frontier. It also fostered the settlement in many U.S. states and led to nearly four million homesteaders receiving millions of acres of land.

However, there were many negative aspects of the Homestead Act. Homesteaders experienced harsh climates and poor land. They also were dealing with a lack of experience with this different climate and land, making farming extremely difficult. This led to many abandoning their homesteads before the five-year requirement.

In addition, the Homestead Act led to increased conflict for several decades between the U.S. Government and Native Americans. Unfortunately, large amounts of the land that was supposed to go to homesteaders ended up with ranchers, speculators, and the railroad companies, rather than families. In this regard, this was not the settlement of the west that the government envisioned when the Homestead Act was passed. These groups were out to make a profit for their companies or themselves and contributed to the demise of frontier life.

With the passing of the Morrill Land Grant Act, the U.S. Government established colleges dedicated to researching agricultural technology, which led to agriculture and farming flourishing in the 1860s. This, in conjunction with the Homestead Act of 1862 caused the west to be forever changed. Even though the first settlers on the frontier were middle-aged miners in the mid 1800s, it took more than miners to populate the west. The Homestead Act successfully populated the frontier by promising homesteaders free land from the U.S. Government if they built a home on the land and grew crops for a period of five years. Although this led to nearly four million settlers moving into the west, their settlement wasn't without conflict, as it led to more tension between Native Americans and settlers. Famous historian Frederick Jackson Turner acknowledged the importance of the settlement of the west in his Frontier Thesis. He argued that the settlement of the frontier forever changed the United States because of how it spread democracy throughout the land.

Also important in the settlement of the west was the completion of the Transcontinental Railroad. Its completion was viewed as an asset and a detriment. Although it connect the frontier to the East, it also ended the cowboy life and brought about many large corporations controlling both the land and the railroad.

What were the 3 conditions of the Homestead Act of 1862?

Although the government was offering free land to settlers in the west, certain conditions had to be met. The settlers had to build a home, farm the land, and live there for five years.

What was the Homestead Act and why did it fail?

The Homestead Act of 1862 offered 160 acres of land to settlers in the west if they built a home and farmed the land for a period of five years. However, many were forced to abandon their homesteads early due to harsh conditions. In addition, speculators and corporations were able to purchase much of the land and therefore it has often been considered a failure.

Try it now
Back
Create an account
Homestead Act Purpose & History | What was the Homestead Act?
Start today. Try it now
History 104: US History II

President Jimmy Carter Term & Accomplishments | Who was the 39th President?