Copyright
Tommy Watts, Kevin Newton
Learn about the homo economicus. Identify the characteristics of the economic man, read a definition of homo economics, and examine the criticisms of this theory. Updated: 06/22/2022

What is the Economic Man?

The economic man is defined as a metaphorical human with a limitless capacity for logical decision-making. It is also termed as homo economicus. Humans, are relatively rational beings that seek to maximize their utility, both financially and otherwise. Economic theory is predicated on the premise that the economic man will make the best use of his resources by acting rationally at all times. As a result, they fall under the category of someone who is inherently sensible when faced with economic challenges. According to the economic man theory, all people are driven entirely by self-interest, which implies they will always want to increase their financial security at whatever cost. Adam Smith was the first to bring the concept of the rational economic man in economics to the public's attention. With regard to the pursuit of self-interest leading to an efficient end, Adam Smith explored this in his book The Wealth of Nations. Smith's more nuanced view on the topic may be seen in Theory of Moral Sentiments, in which he hoped that people would follow ''nobler objectives than self-interest.''

John Stuart Mill, an English civil servant, philosopher, and economist, used the phrase "homo economicus" in an 1836 political economy book. The focus of Mill's research was a "person who wishes to own riches and who is capable of evaluating the relative efficacy of actions to achieve that objective." Political economy, he said, only considers those factors that aid a hypothetical person in their pursuit of wealth.

Characteristics of the Economic Man

In economics, self-interested goals and rational choice of means are typical characteristics. For a long time, economics has relied heavily on the idea that economic men are always looking out for their own best interests. Furthermore, they are always in a position to make judgments that allow them to achieve this aim in the most effective manner possible. As a consumer, the homo economicus seeks to maximize value; as a producer, the homo economicus aims to maximize profit. Homo economicus is characterized by several additional characteristics, including a desire to maximize profits. Fake rationality, boundless intellectual ability, perfect knowledge, narrow self-interest, and preference consistency are among the characteristics of an economic man. 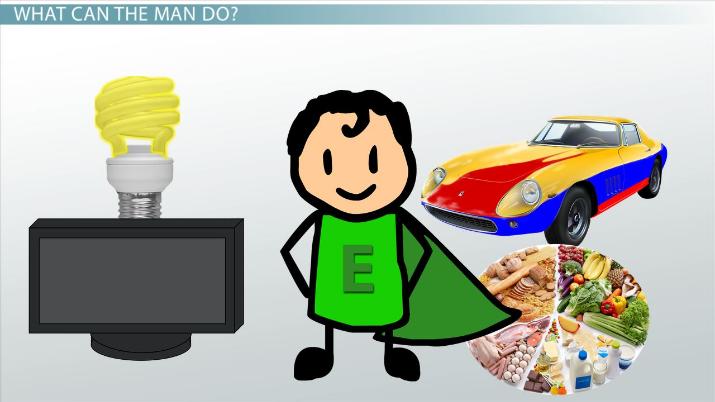 Try it now
Back
Coming up next: Common Logic Pitfalls in Economics

Criticisms of the Economic Man Theory

The better the model performs, the more accurate the input is. In other words, the economic man can properly forecast how people will react to a given stimulus if the information in the models is precise. The homo economicus theory has a fundamental flaw: a lack of humanity. There's no denying that people place varying values on various things. It's clear to economists that adopting the economic man model as a basis for economic theories is flawed. On the other hand, some people are more ready to give up on the idea than others. It's a well-known fact that people aren't always sensible. Instead of rationality, most people rely on emotions, cognitive biases, and social conventions to influence their decisions.

A second assumption of the economic man theory is that people always make the same choice when faced with a dilemma because they are fully aware of all their possibilities. On the other hand, this isn't always true. When making a decision, one may not have the time to acquire all the information they need to make an informed choice.

Homo economicus was coined by the English civil servant, economist, and philosopher John Stuart Mill in an 1836 dissertation on politics. Adam Smith was the first to draw attention to the concept. In an economy, the economic man performs the duties of both a producer and a consumer. An economic man wants to maximize their utility. However, it is as a consumer that the economic man truly shines. Economists can better understand the critical economic notion of utility thanks to the work of the economic man. As a consumer, economists assume that economic man will act in the most rational manner possible to maximize utility. The more accurate the input, the better the model will perform. That is to say, if the input to the models is precise, the economic man can accurately predict how humans will react to a given stimulus. The economic man concept has a fundamental problem: he is devoid of humanity. There's no doubt that people value things differently. The economic man is a fictitious persona created to illustrate typical human behavior and thoughts. Economists expect people to put themselves first and prioritize their own needs over the needs of those around them.

Who gave the concept of economic man?

According to the economic man theory, all people are driven entirely by self-interest, which implies they will always want to increase their financial security at whatever cost. An English civil servant, economist and philosopher named John Stuart Mill used the term "homo economicus" in an 1836 treatise on politics. However, Adam Smith was the first to bring it to the public's attention.

Psychological and behavioral economic studies have proven that the homo economicus paradigm has numerous flaws. To put it simply, humans aren't flawless at making decisions and care about more than just maximizing usefulness and profit.

What is the Single-Cell model?

What is the Single-Cell model?