Hugh Zimmerbaum, Joshua Wimmer
Learn about iambs and iambic meter. Explore iambic meter examples and uses in poetry, and discover types of meter from trimeter to heptameter. Understand how to identify different forms of meter, and the types of literature they can be found in. Updated: 10/05/2021

What is an Iamb in Iambic Meter?

Although this lesson will focus solely on iambs, there are other types of feet:

Meter refers to the number of feet in a given line. Pentameter is a type of meter that contains five feet, though there are verse forms that use terameter (four feet), trimeter (three feet), and hexameter (six feet), among others. The following line taken from William Shakespeare's Sonnet 18 is an example of iambic pentameter: 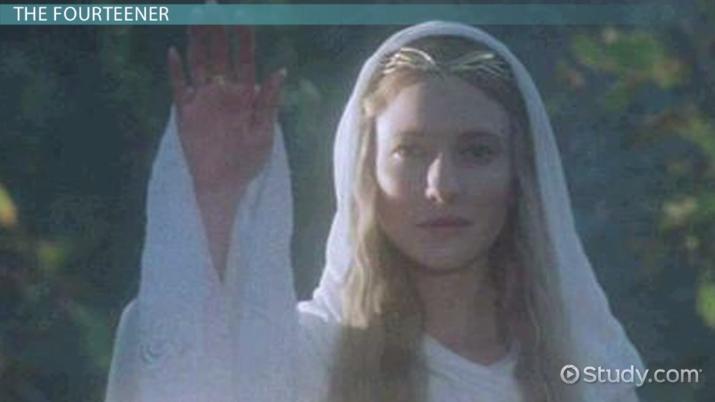 Coming up next: The Epic of Gilgamesh

Iambic verse, or lines of poetry composed of iambs, is the most common metrical verse in English poetry and has been used in various poetic genres such as:

Of iambic meters, the most well-known is iambic pentameter. However, iambic tetrameter, written with four iambic feet instead of five, is also frequently used.

Before the works of playwrights, Christopher Marlowe and William Shakespeare used Alexandrines, verses written in six-footed iambic hexameter, were familiar. Several poetic forms incorporate the iamb, including standard meter, blank verse, Shakespearean sonnets, and fourteeners. These forms differ from each other by the number of feet per line (meter), the number and grouping of lines, and by rhyme patterns.

Common meter, also known as common measure, is a verse form consisting of alternating lines of iambic tetrameter (four feet) and trimeter (three feet). Traditionally, common meter is a verse form associated with hymns. The following verse from the hymn Amazing Grace is an example of common meter:

Each iambic foot contains an unstressed and then a stressed syllable, and the lines alternate between tetrameter and trimeter. Therefore, this is considered to be a common meter.

Blank verse is familiar in narrative poems, which tell a story, and has been used by many of the most renowned poets of the English language tradition.

The Shakespearean sonnet, also known as the English sonnet, is a poetic form that consists of fourteen lines of iambic pentameter. The Shakespearean sonnet is traditionally divided into three quatrains, stanzas of four lines, and one final two-lined couplet. The rhyme scheme is as follows: ababcdcdefefgg. Shakespeare's Sonnet 18 demonstrates these qualities:

Notice the iambic pentameter, the three quatrains and final couplet, and the traditional ababcdcdefefgg rhyme scheme, characteristic of the Shakespearean sonnet.

Keep in mind that although the fourteener has fourteen syllables, it has only seven feet because each foot consists of two syllables.

In this lesson, we have established that iambic meter is a term used to describe verse written in lines comprised of poetic feet called iambs, each of which consists of an unstressed syllable followed by a stressed syllable. Iambic pentameter describes a line of iambic verse that contains five of these feet; it is one of the most common verse forms in English language poetry and is used in hymns, ballads, folk songs, and sonnets.

Then we looked more closely at a few poetic forms written in iambs. The following table summarizes the most important of these:

What is an example of an iamb?

An iamb is when an unstressed syllable is followed by a stressed syllable, which is pronounced louder and for a longer time. Some examples are words such as "perHAPS" and "inDEED."

What are iambic units?

Iambic Meter in Poetry | What is an Iamb?
Related Study Materials

Spondee in Poetry Overview & Examples | What is a Spondaic Meter?

End Rhyme in Poetry Examples | What is End Rhyme?