What Is Kinesthetic Sense?

Bodily awareness and balance are important components of navigating the world and interacting with objects. Without kinesthetic and vestibular senses, humans would struggle to remain upright and walk, or type or play sports and instruments. 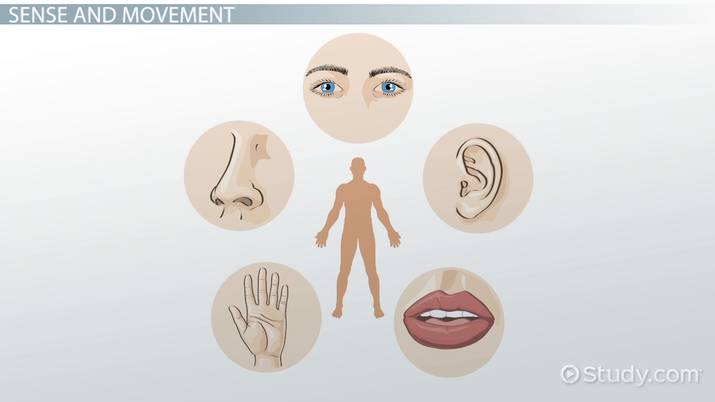 Coming up next: What are the Stages of Perception?

Kinesthesia is awareness of how parts of the body are moving. This bodily sense movement is made possible by sensory receptors in the joints and muscles. Kinesthesia focuses on perceiving movement in the body.

Proprioception is the sense of bodily position and effort needed for movement. For example, pianists use proprioception to know where their fingers are positioned and how hard to press on the keys. Sensory receptors, known as proprioceptors, gather information about joint and limb position. An important part of proprioception is joint position sense (JPS), which is the ability to perceive the position of a joint without looking.

Kinesthetic sense is how humans feel and perceive movement and position. The kinesthetic system involves various receptors in joint and tendon connective tissues that detect sensory signals and send messages to the brain's sensory cortex via the nervous system. The brain then perceives the movement and position of the joint or limb. Proprioceptors, receptors that detect position and pressure, are particularly important to kinesthesia.

Kinesthesis and the Vestibular Sense - Definition

Kinesthesis and vestibular sense are similar, but have distinct differences. While kinesthetic sense has to do with sensing movement and position of body parts, vestibular sense detects movement in relation to gravity and the environment.

Semicircular canals are small, fluid-filled canals that detect how the body is moving in relation to gravity. They also sense angular motion, which is side-to-side head rotation, such as shaking the head "no."

Below the semicircular canal are vestibular sacs, the utricle and saccule. The vestibular sacs detect linear motion, such as the feeling of acceleration or deceleration in a car. They also detect spatial orientation, or the position of the head in space.

For sensation to become perception, receptors on sensory organs must send signals to the brain.

An excellent kinesthetic sense example is playing sports. In most sports, limbs must move while visual focus is directed elsewhere. For example, in baseball, the batter must crouch and swing arms while looking at the ball. In soccer, players must look at the goal while kicking. In football, players must run and lift their hands to catch while focusing on the airborne football.

In kinesthetic sense, proprioception is crucial in detecting limb and joint position. Proprioception can also detect pressure and weight while lifting a barbell. Or feeling an object exerting pressure, such as a cat on the lap. Proprioception is also involved in knowing how much pressure to exert, such as a pianist on the keys or an artist with a paintbrush.

Spinning in a circle or riding a roller coaster can cause dizziness or a spinning sensation, even after stopping. This is because fluid in the semicircular canals continues moving and hair cells are overstimulated, making the brain perceive rotation even when the body is still. Nausea in cars, boats, and planes can also be caused by imbalanced fluid and overstimulated hair cells in semicircular canals and vestibular sacs.

Deficits in the vestibular system may result in clumsiness, dizziness, vertigo, imbalance, and poor posture. Conversely, somebody with an over-responsive vestibular system perceives gravity more than the average person. They may feel overwhelmed with swinging, spinning, or leaning back. Going on elevators, escalators, or amusement park rides may also be difficult.

Kinesthetic sense is the ability to sense movement and the body's position without visual aid, a talent sometimes referred to as muscle memory. The kinesthetic system is made up of sensory receptors throughout the body, notably proprioceptors, which detect movement and position of joints and limbs. Proprioception is the ability to sense bodily position, particularly through joint position sense (JPS).

Vestibular sense involves balance (equilibrium), orientation, and posture. Semicircular canals and vestibular sacs are sensory organs within the inner ear vestibular system. Semicircular canals help detect gravity-related motion. Vestibular sacs detect spatial orientation, or where the head is in relation to the rest of the body. Both detect changes in head rotation and position, and send this information to the brain via the vestibulocochlear nerve and the nervous system.

What does kinesthesia mean?

Kinesthesia means being aware of where parts of the body are (position) and how they are moving (movement). Kinesthesia especially focuses on feeling the movement of joints and limbs.

What is an example of kinesthesia?

An example of kinesthesia is playing sports. A soccer player is able to move the soccer ball down the field while looking at the goal and other players instead of their feet.

What is the difference between proprioception and kinanesthesia?

Kinesthesia focuses on perceiving movements in the body, while proprioception has more to do with sensing position. Proprioception is related to receptors called proprioceptors.

Where does kinesthetic sense occur?

Kinesthetic sense begins with sensory receptors in joint and tendon connective tissues. Signals about movement and position are sent to the sensory cortex via the nervous system, where this information is perceived.

The Effects of Prosocial and Antisocial Modeling

Brain Scan Uses, Types & Images | What is a Brain Scan?

Perceptual Set Characteristics & Examples | What is a Perpetual Set?