The world is composed of both living and non-living things. For instance, rocks, metals, plastics, wind, sun, water, and rocks are considered non-living or inanimate objects since they do not have life. On the other hand, a cow, snail, plant, human beings, bacteria, and birds are considered living things, thus living organisms. A living thing is anything that has all the characteristics of life, such as reproduction, growth, and nutrition. An organism is known to be a living thing.

A living organism can therefore be defined as anything that has life, consisting of cells as its basic unit of organization. Some examples of living organisms include: 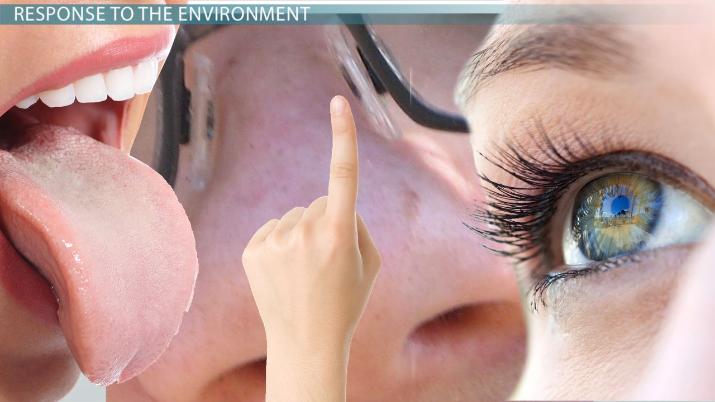 Try it now
Back
Coming up next: Living Organisms: Basic Needs

What are the Characteristics of Living Organisms?

All living organisms have common characteristics that make them differ from non-living things. Some of these features present in all living organisms include cellular organization, reproduction, growth and development, regulation, evolutionary adaptation, and nutrition. Other features include locomotion, excretion, and respiration.

All living organisms have cellular organization. Living things have a level of organization that ranges from the simplest to complex, i.e., atoms and molecules, organelles, cells, tissues, organs, organ systems, and finally an entire organism.

All living things must reproduce to ensure the continuation of their generation. This is a common trait in all living organisms. Reproduction usually results in a new individual, and it can either be sexual or asexual. Sexual reproduction involves the fusion of male and female gametes. This is common in humans and animals.

On the other hand, asexual reproduction may involve spore production, fragmentation, binary fission, and budding. This form of reproduction is common in fungi, bacteria, and protozoa. Reproduction also ensures population growth among living organisms.

All living tends to increase in size irreversibly. This is referred to as growth. In addition, they can also increase in complexity through development. Development can also be defined as changes or transformation. Growth and development bring differentiation in living things. Some living things, such as plants, continue to grow throughout their lifetime, while growth in some living organisms such as humans has a limitation, i.e., growth ceases when one becomes an adult. This trait is absent in non-living things.

Response to the Environment

All living organisms can detect and respond to a physical or chemical change in their internal or external environment. This is also known as irritability. The factors that cause a change are known as stimuli, including light intensity, color, temperature, water, or pressure. This feature is quite essential for the survival of organisms.

Living organisms tend to evade stimuli. For example, tiny organisms such as bacteria use cilia and flagellum to move away from the stimuli while higher organisms can walk, crawl, fly or run. Non-living things never respond to environmental changes.

Regulation is another common feature of living organisms. Numerous chemical reactions take place inside living organisms. These reactions have to be controlled to maintain a balanced internal environment. This regulation is referred to as homeostasis. For instance, if a cell is manufacturing a particular product, the product's pathway must be shut off when sufficient product has been obtained. If a particular product such as glucose is lacking in an organism, this mechanism turns on the synthesis of that product. The homeostatic pathways are usually self-regulatory, and examples of common regulations in humans and animals are sweating, shivering, and blinking. This trait is never displayed in non-living things.

All living organisms must evolve and adapt to various environmental changes, thus ensuring their survival. As organisms evolve, they possess specific characteristics that make them thrive in a specific environment successfully. These characteristics are known as adaptations. For instance, some animals, such as chameleons, have a long tongue that helps them catch insects for their food. In addition, animals such as bears have thick fur that ensures their survival in very cold regions. These unique features develop as living organisms evolve. Since non-living things have no life, they never evolve.

A living thing is anything that has all the characteristics of life. For example, an organism is known to be a living thing. Therefore, a living organism can be defined as anything that has life and consists of cells as its basic unit of organization. Examples of living organisms include humans, fungi, algae, trees, animals, bacteria, protozoa, and insects. On the other hand, non-livings or inanimate objects do not have characteristics of life.

In this activity, you will check your knowledge regarding the seven common characteristics present in all living organisms as presented in the lesson.

What are the 7 characteristics of a living organism?

The seven characteristics of a living organism include reproduction, response to environmental change, energy, regulation or homeostasis, growth and development, cellular organization, and evolutionary adaptation.

What are living things?

Living things are anything that have the characteristics of life, such as reproduction, nutrition, and cellular organization. Examples of living things include humans, animals, insects, bacteria, trees, and fungi.

Organisim Characteristics, Types & Examples | What is an Organism?

Tropism in Plants | Types of Tropism

What Are Living Things Made of? | Cells, Molecules & Functions

The 8 Characteristics of Life | Properties & Examples