In the United States, Hispanic culture refers to the customs and social institutions of all Spanish speakers, including people from Spain and Latin America. Gender roles in Hispanic culture are unique to each family, person, and group, and do not apply to a particular country or person in general. Gender roles can greatly vary from family to family. While some families have equal responsibilities in the household, many cling to traditional gender roles. Gender roles in Hispanic households can be generationally developed to create separations between male and female household responsibilities. Machismo, or extreme masculine behavior, can influence how men behave socially. Machistas may be more aggressive and possessive toward women. They may make demeaning comments and view women as inferior.

Typical male gender roles in Machismo culture include the following: 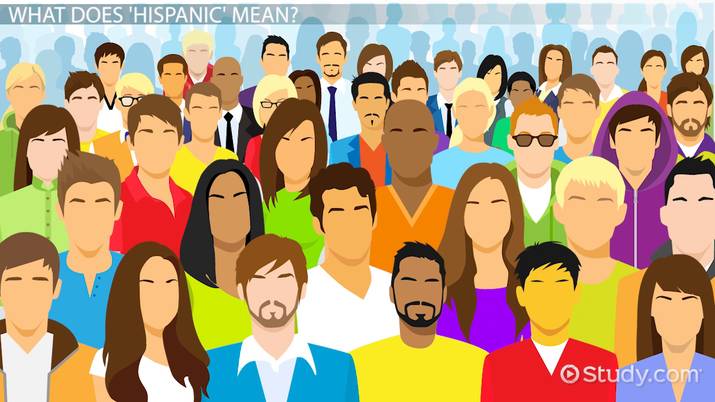 Try it now
Back
Coming up next: Hispanic Culture: Food & Traditions

What is Machismo Culture?

Machismo culture demonstrates male dominance in some Hispanic cultures. Some Hispanic males displaying machismo demand ultimate respect from their family members and expect to be regarded as the highest authority within the household. The machista culture creates a power dynamic in which the male has control over household decisions and finances and the woman is subservient to the male. Machismo culture is chauvinistic in nature and places females in a lower social position than males. Machismo Mexican culture depicts machista males as strong, powerful, and the ultimate masculine ideal. In this instance, the wife is responsible for household chores and cooking, while the husband earns the family's income.

Machismo culture is a social attitude of sexist origin in which the male exhibits overbearing control over his wife and children. In Machismo culture, the male demands that his family members are completely subservient to his role as the head of the family. It is common for the wife to be expected to stay home while the husband works. Machismo culture echoes the ancient gender roles in which men were hunters and gatherers who provided for the family's survival, while women were responsible for cooking, cleaning, and rearing children.

This social behavioral pattern can lead to traits of toxic masculinity, including instances of physical, emotional, and financial abuse towards females and children. Machistas can be demeaning and possessive towards women because they view themselves as superior to women. Some of the consequences of the toxic masculinity displayed by machista males include feelings of anxiety, depression, and hostility within the family. In some instances, domestic violence can result from the Machismo culture. Many countries are passing legislation to combat domestic violence and diminish the effects of toxic masculinity. While extremely common in Hispanic households for many generations, recent changes in society have shown a noticeable decrease in the Machismo culture.

The following are some examples of Machismo culture:

These examples showcase some of the toxic masculinity traits associated with Machismo culture. In each example, the male is displaying a domineering attitude which diminishes the female's role. The machista male believes he is the ultimate authority and possesses a toxic level of power and strength.

How Does Machismo Affect Families?

Machismo culture creates an unequal power dynamic within families. The spouse and kids become subservient to the machista male and often become fearful. The spouse and children have limited autonomy due to the machista male being in ultimate control. This dynamic creates a harmful environment that prohibits the growth and expression of those family members who are controlled by the machista. Members of the family who are subservient may develop codependent behaviors, have limited autonomy, and pursue lower levels of education.

For example, in a Machismo household, family members may have to ask permission to do simple things like buy food or clothing. While many teens work part time jobs to have extra spending money, a machista male would not allow his child to work because it would threaten his authority as sole provider for the family.

Another example displays the unequal opportunities for males and females. A machista may allow his son to pursue post-secondary education while denying that opportunity to his daughter. Education is seen as less important for women because their role is in the home. She will be expected to cook and clean for her family. This provides greater career opportunities and independence for the male child, while keeping the female child under the control of the machista. This behavior can limit opportunities for family members and prohibit people from pursuing relationships, education, and career opportunities.

The consequences of Machismo culture reach through generations. Women are raised to believe their role in life is to be dependent on a male and be subservient to him. In this culture, women may pursue less education and career opportunities, resulting in complete financial dependence on a machista. Children raised in the Machismo culture are exposed to damaging ideals of family life. Female children may develop more timid, shy, and dependent behaviors while male children may develop overbearing, possessive, and aggressive behaviors that could continue to grow throughout adolescence into adulthood. The continuance of the Machismo culture could contribute to a widening gap in gender equality and lower socio-economic opportunities for women.

With societal and generational changes, there has been a significant decrease in the Machismo culture. As Machismo culture is gradually eliminated, it is being replaced with gender equality. Roles in the household are beginning to be shared among all members of the family, regardless of gender. Absent the Machismo attitude, households could see greater emotional stability, lower levels of domestic abuse, and increased autonomy. In many Hispanic countries, women are pursuing higher education degrees and following passions to fulfilling careers alongside their male colleagues. These outcomes may continue to progress towards equality for all people, breaking the traditional gender roles.

How Machismo Culture is Changing

Recent economic and social changes have contributed to the decline in Machismo culture as the norm. Due to economic growth and increased costs of living, many households can no longer survive on one income. These economic changes have created a necessity for both parents to work full or part time in order to support their children.

These economic changes have spurred changes in education as well. Recently, more Hispanic women were enrolled in post-secondary education than Hispanic men, making it possible for them to pursue higher caliber careers and decreasing the likelihood that they will be solely responsible for childcare in the home.

Many countries have passed legislation to be more inclusive of women, expanding their civil liberties. Women are now protected by the law to obtain higher levels of education and are able to pursue litigation and protection from domestic abuse. These liberties will allow women to become more autonomous and independent.

With women entering the workplace at higher rates than in previous decades, there is a significant economic impact. Higher employment rates contribute to higher spending levels, increasing economic stability and growth. Many Hispanic countries see a positive economic impact because of women in the workplace.

Hispanic countries include all Spanish-speaking countries including Latin America and Spain. In these countries, social constructs and gender roles can vary. An important concept to understanding traditional Hispanic gender roles is machismo, which relates to male dominance, sexist behavior, and chauvinism. Machismo behavior can include being overly possessive, aggressive, and demeaning towards women or those seen as inferior. Machistas may make insulting comments about women, behave in physically or emotionally aggressive ways, and seek to maintain ultimate power and control in relationships.

What is machismo in Hispanic culture?

In Hispanic culture, machismo is the sexist behavior of males acting in an arrogant and possessive way towards women. Machismo is considered to be a display of strength and power that is overbearing and demeaning towards women.

What are the gender roles in Hispanic families?

Gender roles vary from family to family in Hispanic families. Traditional gender roles include males working to provide for the family while the woman's role is being at home caring for the home and children.

What is an example of machismo?

An example of machismo is a male making demeaning comments to a female in the workplace as a show of dominance. This example highlights the belief that women are inferior to men in machismo culture.

What is machismo behavior?

Mestizo People & History | What is a Mestizo?

Sociology Status Set & Examples | What is a Status Set?